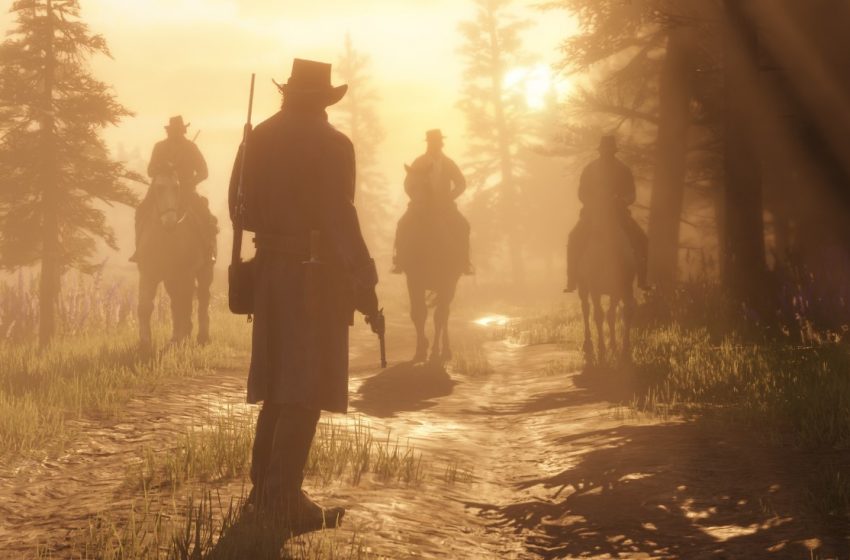 A Spanish game retailer has listed Red Dead Redemption 2 for the Nintendo Switch. The listing appeared on Instant Gaming earlier today and is still live on the site at the time of this writing.

No price or release date is given, outside of a large window of a potential 2020 release. The listing includes some box art, which falls mostly inline with the box art from other Switch titles. 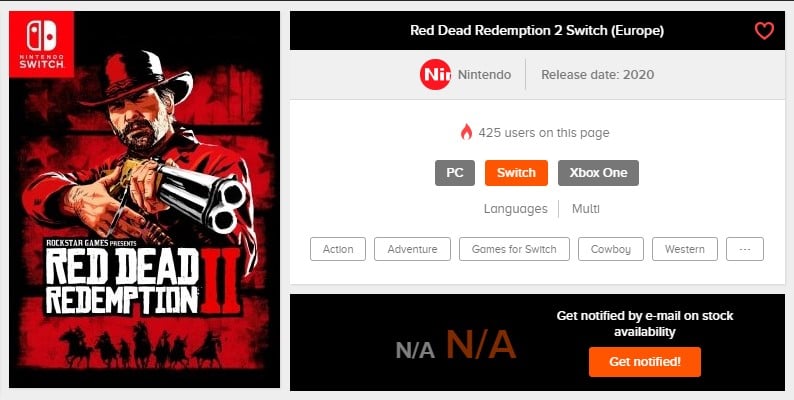 A trailer and screenshots are listed for the game, but these do not appear to be Switch specific. No formal announcement about the game coming to the Nintendo Switch has been made at this time. The game has been listed for Nintendo Switch before, by an Australian retailer last year.

At the moment, it is impossible to know if this is a leak, a mistake, or perhaps a prank. Nothing came of the previous listing for the game on Switch, which happened almost a year ago.

Red Dead Redemption 2 would not be the first massive, open-world game to be ported to the Nintendo Switch, as we have already seen CD Projekt Red’s The Witcher 3 on the platform. We can only assume it would need to make similar graphical sacrifices to run on the Switch.

Red Dead Redemption 2 has recently endured back-to-back rocky releases on PC. The game first launched on Nov. 5 on the Epic Game Store, arriving on Steam roughly a month later. Both launches presented plenty of problems when it came to running, and sometimes even launching, the game. A console release would mostly bypass these problems, which seemed to stem from the Rockstar Launcher.

Red Dead Redemption 2 would certainly fit in just fine on the Nintendo Switch, and the console is becoming the place for developers and publishers to be right now. The ever-expanding fan base, helped by the recent release of the Nintendo Switch Lite, means a growing population of gamers hungry for titles to play on the go.