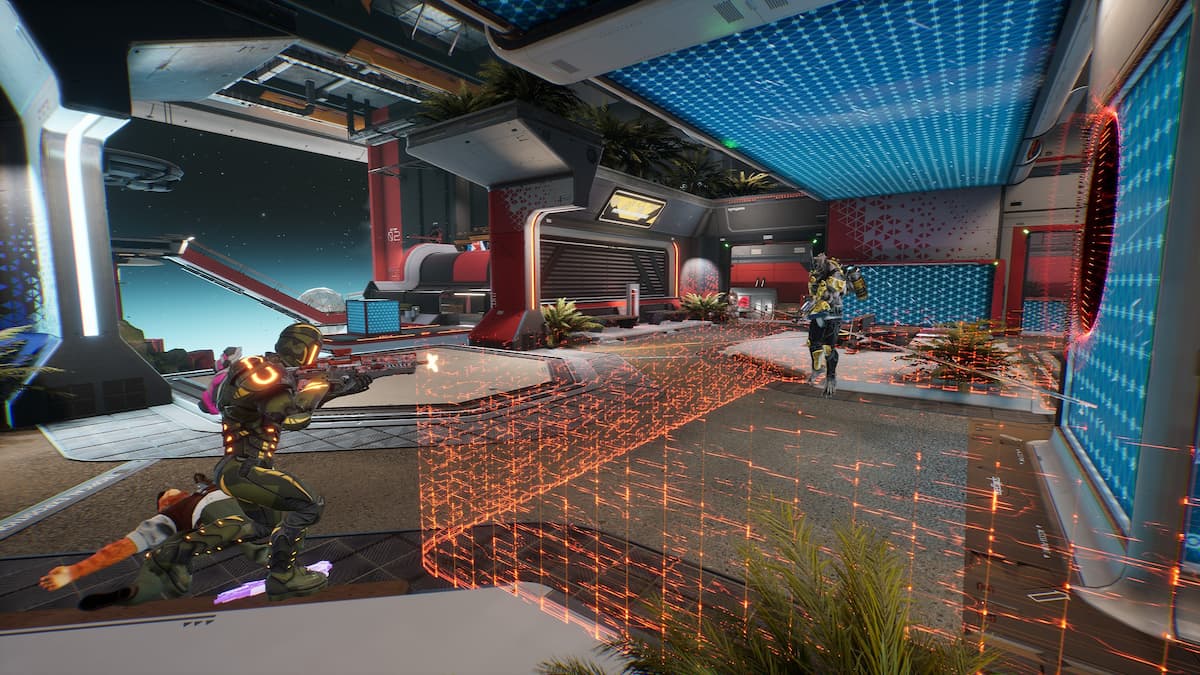 Developer 1047 Games finally revealed its big Gamescom announcement, revealing that “Season 0” of Splitgate starts today. The Halo-meets-Portal arena shooter now has a 100-tier Battle Pass, as opposed to the much smaller pass that came with the open beta’s start. The season update also comes with a new map called Karman Station, along with a game mode that will be familiar to Halo fans.

The developers describe Karman Station as “the most beautiful map” they’ve made yet; it appears large in scale, with a red vs. blue theme, numerous corridors, a sniper tower, and an exposed center that certainly makes it feel like a Halo arena map. If that wasn’t enough to add to the Halo-ness of Splitgate, the new Contamination game mode should do the trick — similar to the Infection game type in Halo, this mode will have “infected players” kill the opposing shotgun-wielding team to add them to their ranks.

The Season 0 Battle Pass itself looks quite expansive, coming with weapon and character skins along with emotes, titles, and Splitcoin. The Battle Pass will have players completing free and premium challenges, meaning that players will have to pay some Splitcoin for the cooler rewards. But it shouldn’t be a tough sell to the millions of players who have jumped onto Splitgate, especially if they have Splitcoin to spare from using their referral codes.