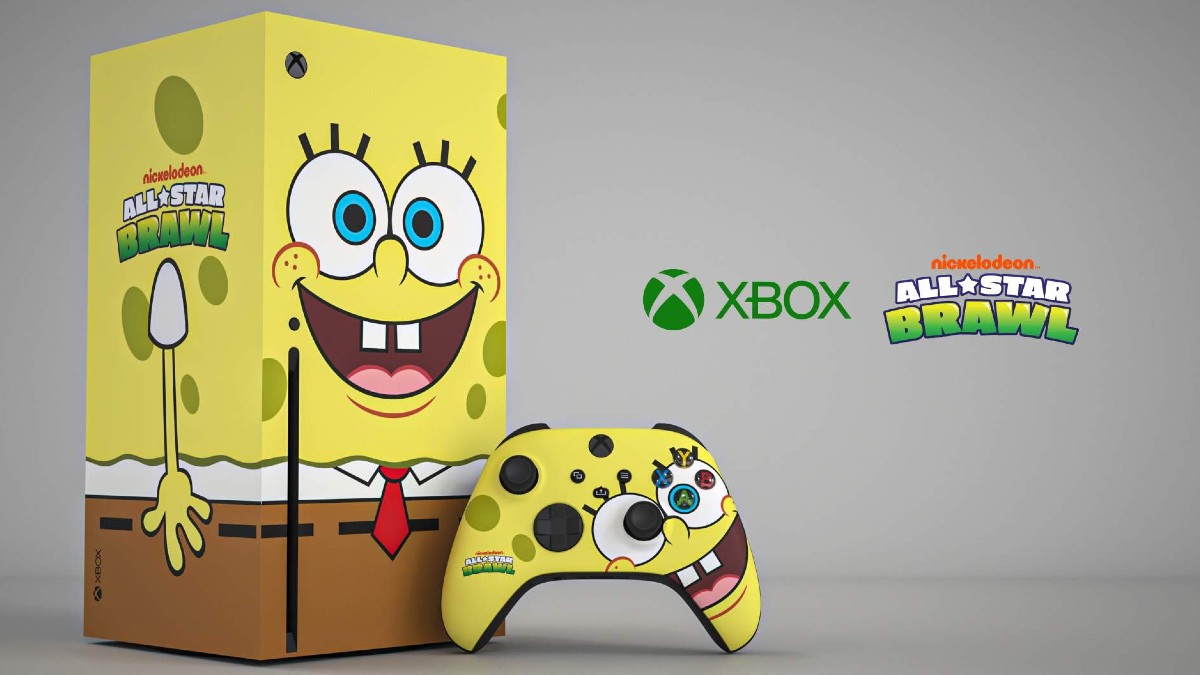 SpongeBob SquarePants has been turned into an Xbox Series X console, and it looks like an early-2000s throwback.

The SpongeBob console itself looks like a mini-fridge with all of SpongeBob on it, but if you take a closer look at the controller, you’ll notice the wacky placement of the controls on his eyes. The right analog stick makes his right eye totally black, and the A button puts a little green in his left eye.

The SpongeBox was made alongside the Teenage Mutant Ninja Turtles-inspired Xbox Series X with Leonardo as the representative. It features all the symbols from the iconic show, including the Shredder symbol and a slice of pizza.

The SpongeBox and TMNT consoles aren’t up for sale anywhere. If you’re a huge SpongeBob or TMNT superfan and want to get your hands on any of those Nickelodeon-inspired custom Xbox consoles, you need to enter and win the Xbox All-Stars Brawl sweepstakes by simply retweeting this tweet from the official Xbox Twitter account and following them while you’re at it.

The contest starts today and runs through October 24 at 8 p.m.