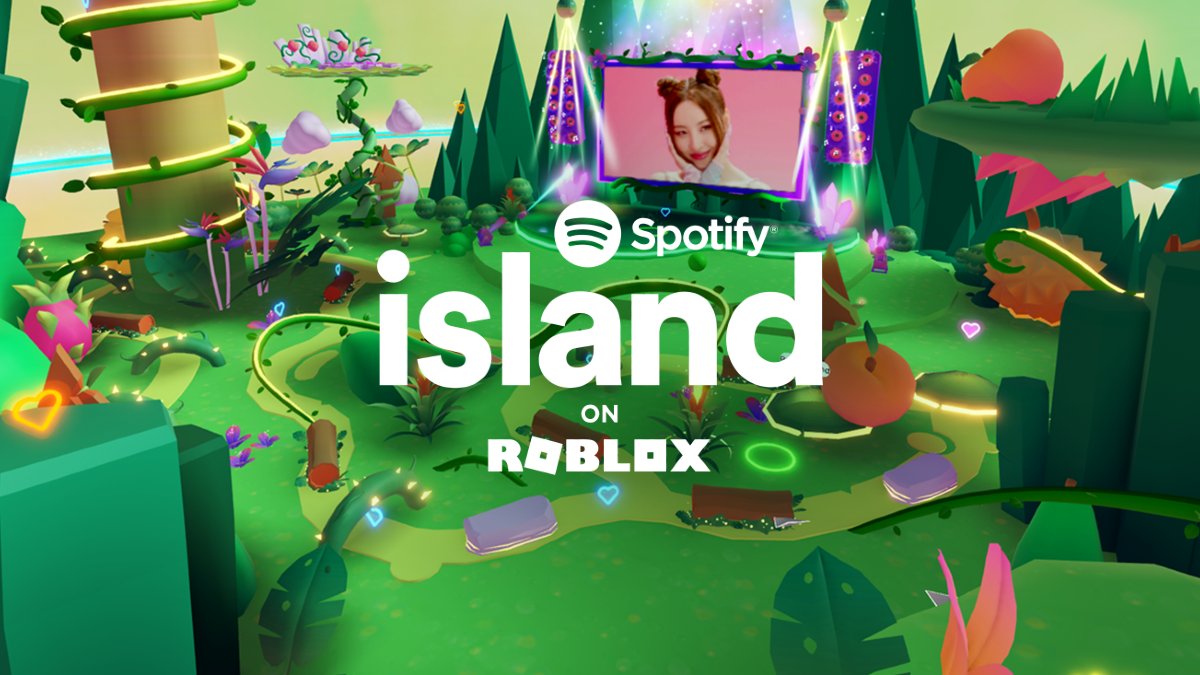 Image via Roblox and Spotify

Spotify is following in the footsteps of other companies who have made the jump to the metaverse, the music streaming platform has announced its launching its own island in Roblox. The Spotify island will be available on the popular game platform starting today, Spotify says that it is the first music streaming brand to have a presence on Roblox.

The new virtual Spotify experience will serve as a way for fans and artists to connect with no Spotify subscription needed, players will be able to explore the island which features a forest area that sticks to Spotify’s green theme. The digital space isn’t just a place to hang out but more of a relaxed platform for artists to give fans access to exclusives. For players who like seeking out collectibles, the Spotify island will feature a bevy of Easter eggs to find.

It’s not limited to just exploring as players can also create and play games, complete interactive quests, unlock exclusive virtual merch, and even a way to get a little musically motivated on the island. For Roblox players with a more creative mind, they’ll be able to jump into the Spotify island’s immersive audio experience by creating music and exploring sounds at the virtual beat-maker stations powered by Spotify’s online recording platform – Soundtrap.

As a part of the Roblox island launch, Spotify says it has teamed up with two K-Pop artists, SUNMI and Stray Kids to sell virtual merchandise through Roblox’s platform. Players can check the merch out on the island’s themed area known as K-Park which will highlight K-Pop. SUNMI ‘s virtual merchandise is currently available while Stray Kids will be made available at a later point.