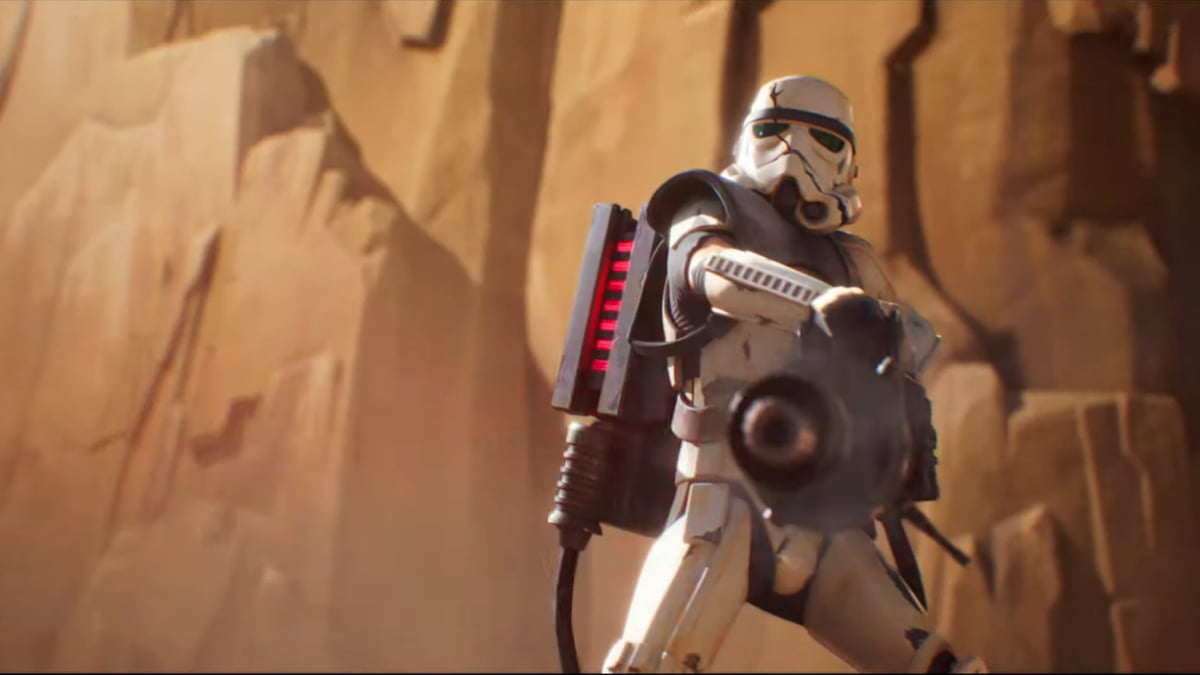 Star Wars: Hunters, the battle arena game coming to mobile devices and the Nintendo Switch, will have a wide selection of characters for players to pick from when they enter The Arena. The game is being developed by Zynga and Lucasfilms Games, and in the newly announced cinematic trailer, we learn we expect the game to release sometime in early 2022. Originally, Star Wars: Hunters had a 2021 release date, but that’s been pushed back.

Players will be battling it out in The Arena on Vespaara, a planet in the galaxy where Hunters from all over gather together to compete to prove who’s the best of the best.

In the cinematic trailer, we see a vocal Mandalorian, a red lightsaber-wielding Sith fighter, and a massive Wookiee battling it out against each other. The Sith is joined by a worn Stormtrooper, an Ugnaught using a Droideka as a vehicle, and a cybernetic smuggler. The Mandalorian has his Wookie brawler, a droid carrying a blue lightsaber, and pair of Jawas with one standing on another’s shoulders, using a trenchcoat to hide their firepower.

Star Wars: Hunters will be a third-person game where players will mix and match their teams across various maps, inspired by the many planets found throughout the galaxy far, far away.