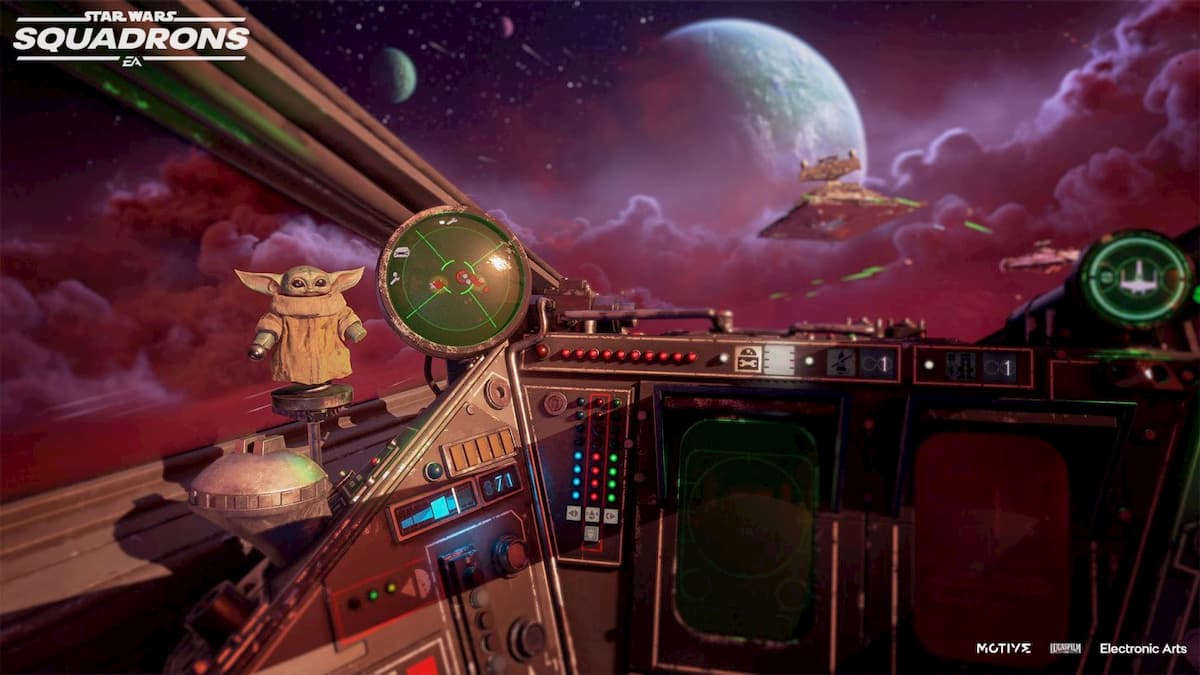 Star Wars: Squadrons released early October and has been a hit for die-hard Star Wars fans and flight simulator junkies who love flying behind a joystick. On October 30, Disney+ will see the first episode of the second season for The Mandalorian, the popular television show set in the Star Wars universe following a Mandalorian and a Yoda-like baby, only known as ‘the child.’ The pair will continue their reign of adventures, and Star Wars: Squadron fans can celebrate it with new in-game cosmetics to place inside their ships.

There are six different cosmetics coming to the game.

These in-game cosmetics are arriving on October 28 in the Mandalorian Supply Drop, a few days before The Mandalorian receives new episodes. You’ll be able to earn them similarly to the other cosmetics, so you expect to spend a few glory points to add more details to your ship.

The Mandalorian Supply Drop is, hopefully, the first of many future cosmetic updates coming to Star Wars: Squadrons. Developer Motive Studios previously commented they did not plan to craft new expansions or DLC for the game. Still, the community’s excitement for content like this, and new ships, changes their mind.