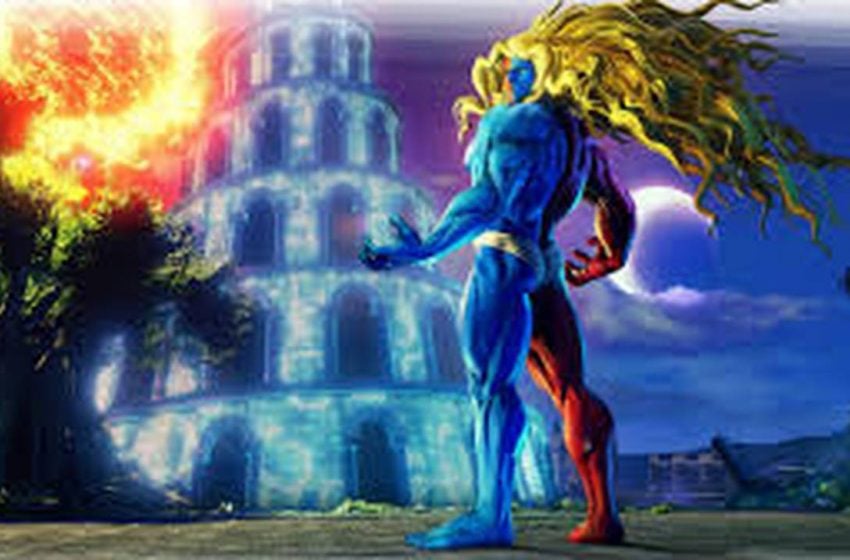 The 40th character set to join Street Fighter V has been revealed — and he’s a doozy. Or rather, she’s a doozy.

In a new trailer that debuted earlier today, Capcom confirmed that Seth, the “King of Chaos” that originated in Street Fighter IV, will join the roster for the series’ Champion Edition, which releases early next year.

However, there’s an interesting change to the character. As you can see, Seth is back, but now in a more devastating female form. Following his defeat in the last game, his intelligence has rebuilt into a sultry — and dangerous — body.

Along with delivering his own devastating techniques, Seth can also copy other fighters and use their own moves against them. That means Ken’s Dragon Punch can actually burn him to a cinder, if he’s not too careful.

In addition, Gill, the final boss from the Street Fighter III series, also makes his debut in the game. But instead of waiting until February, players can take him for a spin right now. He’s available in the roster for those that purchased the Champion Edition upgrade, or separately for $5.99 or 100,000 Fight Money. Gill’s home base, the “Sun Chase Moon” stage, is also available for $3.99.

Finally, a new update is available today, with each fighter getting an additional V-Skill. According to Capcom, these “open up a variety of new strategies” to the game. There’s also some balance tweaks that provide “general game improvements” and “character-specific updates.” These are free to all players.

When released, Champion Edition will go for $29.99 as a digital purchase. Those that already have Street Fighter V can buy the Upgrade Pack for $24.99. The items will also be available for digital purchase, either with real money or in-game Fight Money.

Street Fighter V: Champion Edition will come with all 40 characters when released, along with 34 stages and over 200 costumes. Seth completes the current roster for this version, which is set to arrive on Feb. 14, 2020 for PlayStation 4 and PC.

Check out the trailer above and prepare for a whole new Seth. (And Gill, of course.)