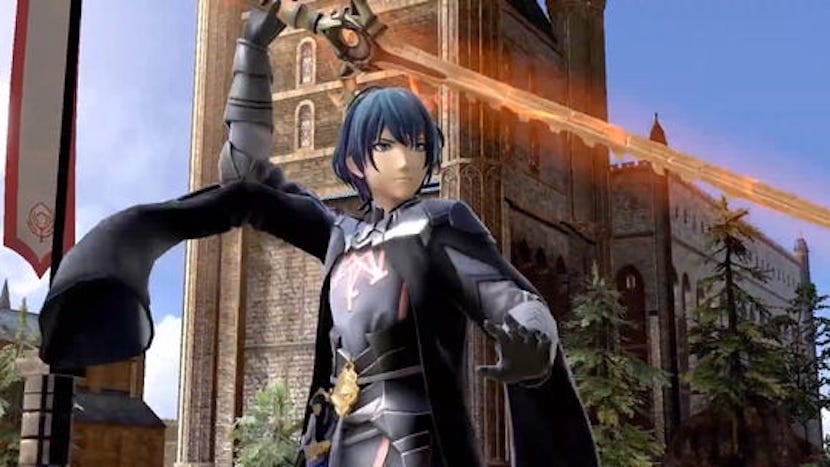 Today, Super Smash Bros. Ultimate’s fifth DLC combatant was revealed—Byleth from the Fire Emblem series. So far, the reaction from fans and casual players and fans has been mixed, to say the least.

Some fans are disappointed with the fact that another “swordsman” from the Fire Emblem series will join the game. Others were absolutely shocked, and eager to have him (or her, depending on which version you choose) take on the competition. But what do the Super Smash Bros. pros out there think?

Leonardo “MKLeo” Lopez was eager to give the character a try. The Smash Ultimate winner from EVO 2019 noted in his tweet, “For those asking…YEAH, im gonna play Byleth! Gonna give it a try. I have 12 days to finally take FE3H from its box lol and start playing it. The only sad thing is that my secondary Wario will only last until January 28th (sad face).”

Zero Wondering (aka Tempo ZeRo) was also optimistic about the character, and liked the reveal as a whole. “I’m gonna risk making the cap tweet of the day, but I think the direct wasn’t nearly as bad as people are saying,” he said after seeing negative thoughts from those that weren’t fans of Byleth. “Yes, it is another FE character, but it’s done in a more unique manner and more content is always good.” He also praised the forthcoming Fighters Pass, which will consist of six fighters instead of the usual five. “Super generous,” he added. “I liked it.”

GimR didn’t have much to say when it comes to Byleth themselves. But he did like one particular jab that came during the reveal trailer. “The nod at ‘too many swordsmen’ was sick,” he noted.

Meanwhile, the Phenomenal EE had a somewhat mixed reaction. He actually predicted before the Smash Bros. Direct special that another Fire Emblem character would be revealed. But then he retweeted the Nintendo Versus announcement of Byleth’s debut, so it looks like he’s in support of it.

While there may be mixed opinions, it sounds like many are interested in seeing what Byleth brings to the picture. We’ll find out when they arrive on Jan. 28.

If you missed the Byleth reveal (or that humorous “swordsmen” nod at the 2:05 mark), check out the debut trailer below.