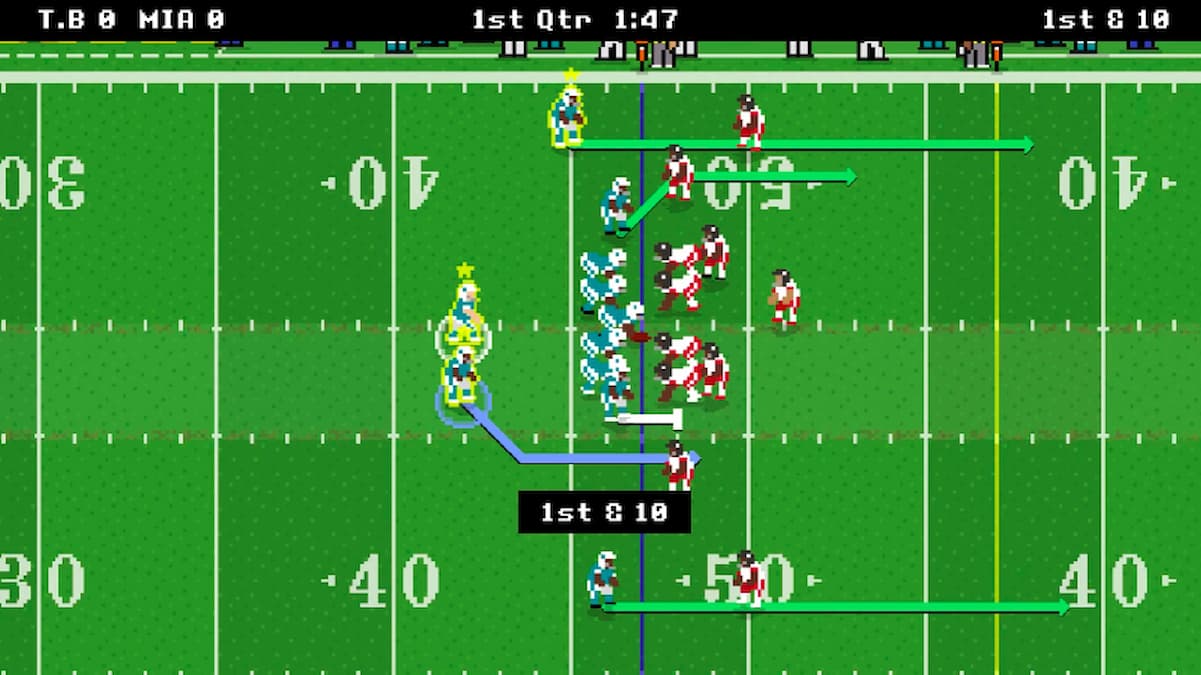 It’s been known to sports fans for years that the Nintendo Switch has lacked a football game with proper pro-league manager simulation. Luckily, that cold streak will soon come to an end as developer New Star Games has announced its popular mobile title Retro Bowl is expected to touch down on the eShop early next year.

“The NES was of course home of the legendary Tecmo Bowl, from which Retro Bowl was inspired, so the Switch would be the perfect platform for our game to make its console debut,” the developer told Nintendo Life. The game made its debut in early 2020 on Android and iOS but has found immense popularity over just the last few months. So much so, it is currently the number one free-to-play game on iOS due to fans creating viral TikToks featuring its gameplay.

Unlike other football titles on Switch, the arcade-style Retro Bowl places users in the shoes of a pro football team’s general manager. They can then trade and cut players and staff, play multiple seasons, and draft college superstars. Despite it being modeled after Tecmo bowl, Retro Bowl differs with its in-game controls putting an emphasis on passing and kicking accuracy.

New Star Games confirmed that it will be launching the premium, paid version of the game to Switch — one that allows users to edit players and increase roster sizes. As for its time of release, this upcoming iteration does not have an official date yet, but the developer publicly stated it is aiming for a Q1 2022 launch.