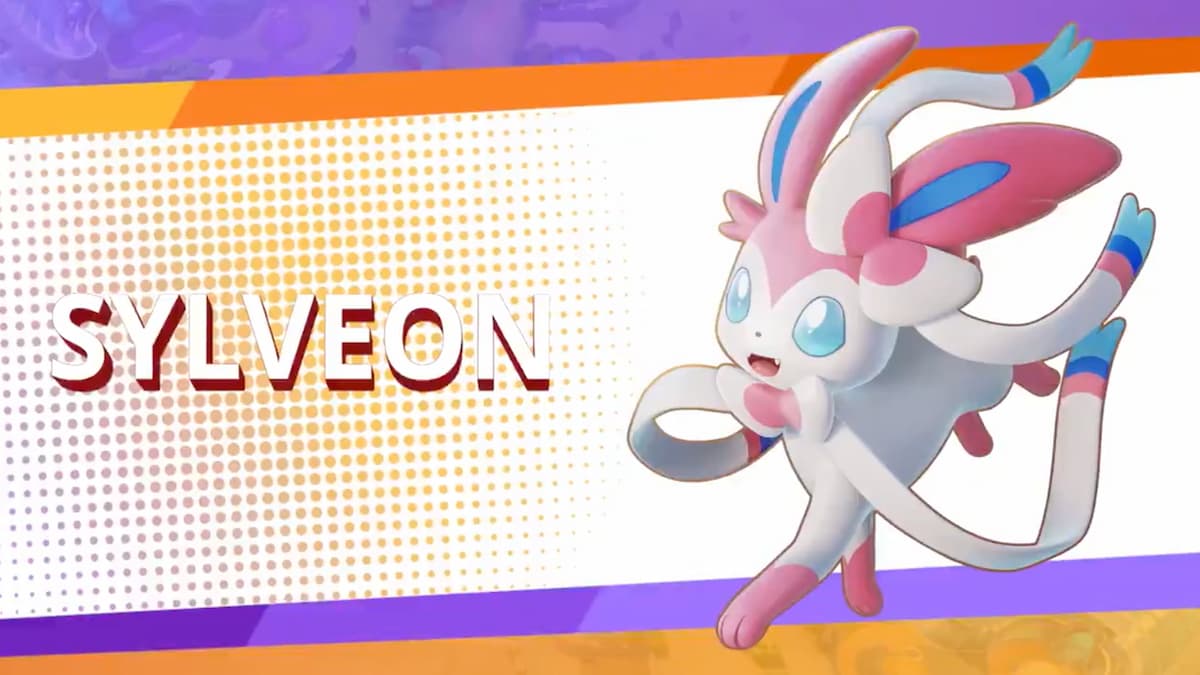 This morning, the MOBA Pokémon Unite announced on Twitter that its newest fighter, Sylveon, will become available on October 5 at 5:00pm PT / 8:00pm ET. This marks the first time that a Pokémon’s release in the game has come at a specific time, which might be an indicator of how highly anticipated the game’s first Eeveelution may be. Sylveon is the fairy-type evolution of Eevee, a Pokémon known for being able to evolve into several different Pokémon depending on what technique is used for evolution.

In its Twitter announcement, Pokémon Unite offered a sneak peek at Sylveon’s moveset, saying the Pokémon will “scorch, smooch, and stare down opponents.” This could mean that one of Sylveon’s moves will be Draining Kiss, a fairy-type attack which gives the player some of their opponents’ health, similar to Bulbasaur’s Giga Drain. “Stare” could be an allusion to Baby-Doll Eyes, which, in the RPG games, lowers the opponent’s attack stat.

Sylveon’s release date announcement comes only a few days after Mamoswine was introduced into the game. Both were previously announced during a Pokémon Direct in August. There is currently no indication of which Pokémon are lined up for the game after Sylveon’s release. However, the current Battle Pass season ends on November 7, so more announcements are likely as the season draws to a close.