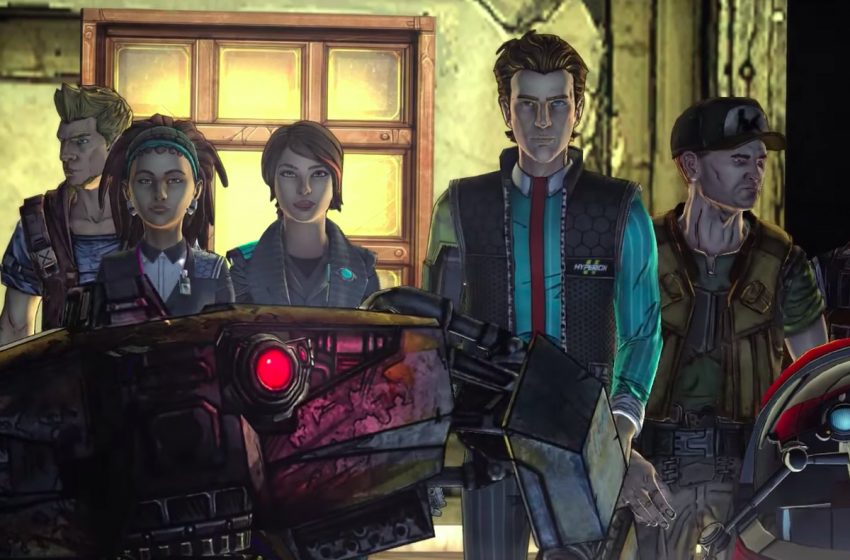 Two short clips have surfaced on Reddit, both of which seem to reveal a re-release (with additional content) of Telltale’s Tales from the Borderlands Redux. The videos may also tease a sequel to the game.

The videos, which were posted to Imgur, are of a trailer that is playing on a monitor. The trailer credits Gearbox, 2K, and Telltale, as well as AdHoc Studios, which is made up of former Telltale devs who are currently working on The Wolf Among Us 2. Pierre Shorette, Adhoc Studio’s CCO, was the senior lead writer on Tales from The Borderlands.

The clips also include how many minutes of new gameplay players will get, but unfortunately, the exact figure is just out of frame.

If the leak is real, Redux will also apparently feature developer commentary for each episode, codex entries, new concept art, unused content from the original release, and a new “mini” episode at the end. At the end of the trailer, a 2020 date appears, along with a brief flash of a single number, 2, which could indicate that a sequel might be coming.

The trailer comes after rumors that Telltale has been looking into reviving Tales from The Borderlands, but this is the first time that solid evidence has been seen. Since there has been no official comment from any of the studios that are apparently working on the game, the revival is still a rumor as of yet.