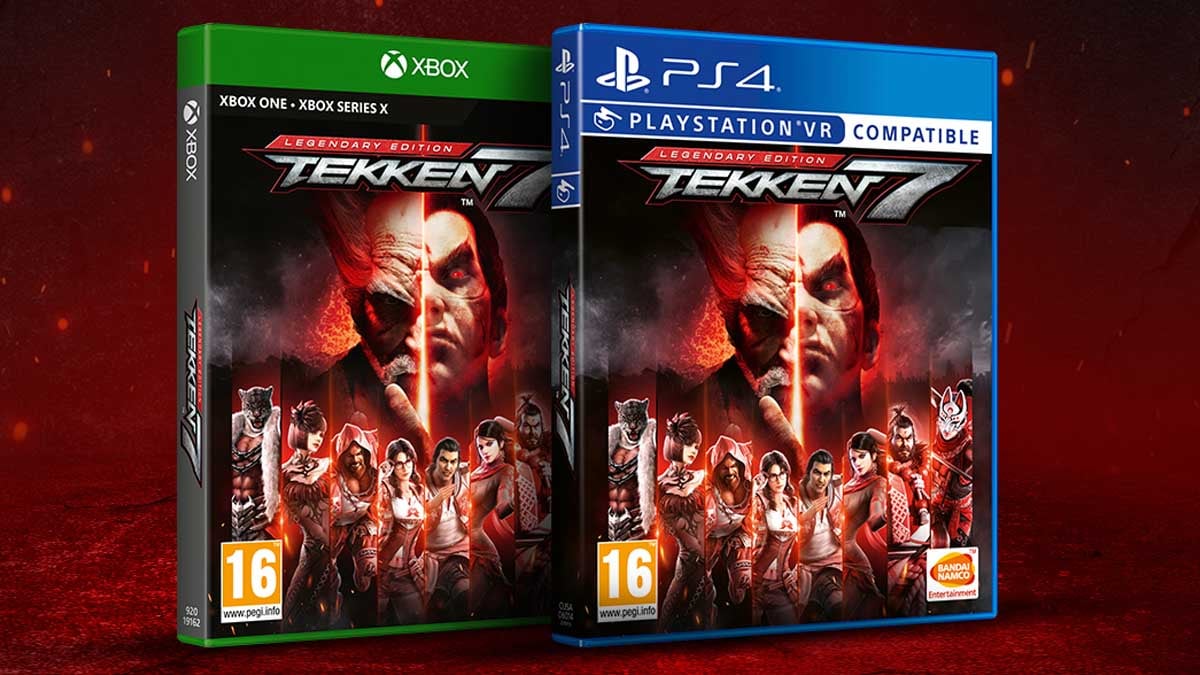 Bandai Namco EU announced the new edition of Tekken 7 today through their official Twitter account. The game will include eight of the DLC characters, but there is no mention of any other DLC that will be included in the pack. Legendary Edition coming to PlayStation 4 and Xbox One, releasing November 12. The pack for some reason won’t include the rest of the DLC characters it seems, including guest characters like Noctis (Final Fantasy XV) and Negan (The Walking Dead). It also seems to have only been announced for the EU as of yet, and will only be available in select retailers.

Another strange aspect about the news is the fact Bandai Namco made the announcement but has now deleted said tweet. No other information was included in the deleted tweet, so it’s unclear why the company decided to make a new tweet.

Tekken 7 has repeatedly been criticized for the way it has handled DLC. For one, if you want to look at frame data, an incredibly important aspect of fighting games if you’re a pro player, you have to pay for it. Additionally, Tekken 7 also has an Ultimate Edition that costs $99.99, which also doesn’t include all of the DLC.

Scrolling the responses and quote tweets on the announcement makes it clear that players are unhappy. There are numerous complaints at the lack of all the DLC, with one user calling it a “terrible deal.”

The low cost of the Legendary Edition is sure to be welcome to newer players, but not including all of the content still leaves players needing to fork if they want to get up to date with the game. The game has received four season passes over the last year, which provides a huge, costly barrier to those trying to get into the game.

It’s a big problem with modern fighting games — Dragon Ball FighterZ has also received three season passes since its launch. It leaves most fighting games in a place where new players will feel overwhelmed, and are less likely to try out the games.

How big is the Final Fantasy XIV Endwalker 6.0 update?