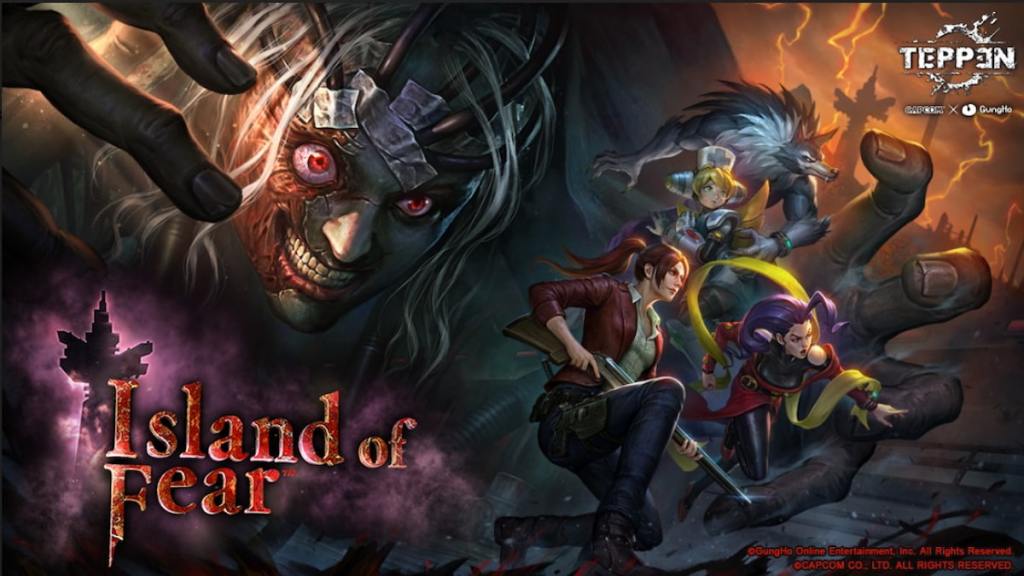 Teppen’s latest expansion, Island of Fear, brings new characters from Darkstalkers, Mega Man X, Street Fighter, and Resident Evil series to an island where they’ll have to escape the blood-thirsty killers beset on hunting them down. Each character will have a bracelet attached to them that gradually changes color until they receive the Curse of Death as they become more fearful. The only way to survive the island is to escape.

The characters added to Teppen include green card Lone Wolf Survivor Jon, red card Resolute Survivor Claire, purple card Killing Machine Mechku, and black card Orthrus. To complete the Island of Fear event, players will need to complete the four crests hidden around the island, and then they’ll be able to escape through The Escape Capsule.

There are also jewel sets available, namely the survivors and killers sets you can purchase for a limited time for 730 jewels. The survivors set comes with the icon, Nurse Survivor Cinnamon, whereas the killers set comes with an icon called, Cooldown. In addition, both sets come with an Island of Fear pack ticket and a Day of Nightmares pack ticket.

Alongside the Island of Fear event, there will be exclusive anniversary login bonuses for players to earn Secret Cards. From August 29 to September 5, Nico will be available. From September 5 to 12, Wendy Oldbag is available. In the final week of September 12 to 16, players can receive Komuso.

The Island of Fear campaign period will be from September 1 to 30.