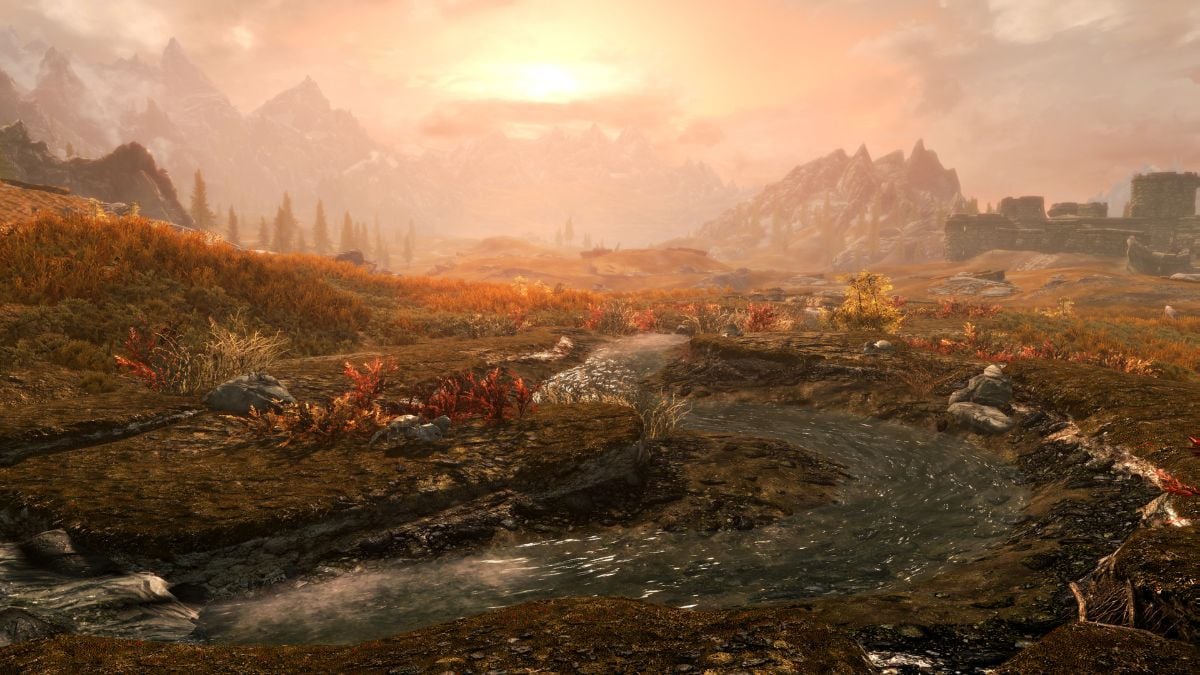 The Elder Scrolls V: Skyrim Anniversary Edition won’t just introduce fishing to the game this fall. It will also include new questlines, weapons, and armor when it releases on November 11. Two of those quests will be linked to Morrowind and Oblivion.

Ghosts of the Tribunal

Ghosts of the Tribunal has ties to Morrowind. It will feature more than a dozen new weapons and armors found in Morrowind. The third game in the series was a fan favorite when it was released in 2002. It took place in the province of Morrowind and followed the prophecy of the Nerevarine defeating Dagoth Ur. During the main story, you learn about the Tribunal, living gods who rule over Morrowind. The game ends with severe repercussions for the Living Tribunal and leads to the DLC called Tribunal. Ghosts of the Tribunal appears to pick up the storyline from Morrowind.

Whereas The Cause questline follows the Mythic Dawn cult as they attempt to open an Oblivion Gate to Oblivion. The quest will include new enemies, locations, and weapons, as well as a Daedric horse mount. The Mythic Dawn worships the Daedric Prince Mehrunes Dagon and were the main antagonists of The Elder Scrolls IV: Oblivion.

All of the new Creation Club content comes in the Anniversary Edition. However, if you already own Skyrim Special Edition, you can purchase the Anniversary Upgrade to get all the creations in one package.