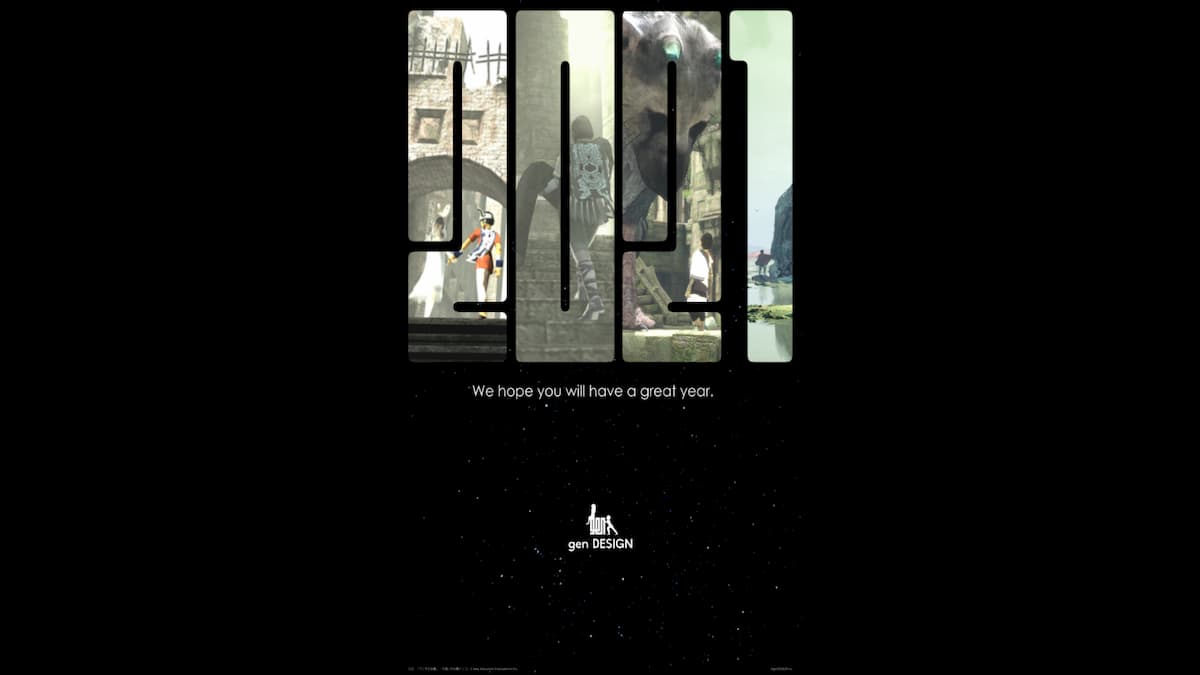 The Last Guardian developers, genDesign, have teased their upcoming project on their 2021 greeting card. The developers have a number of critically acclaimed titles under their belt, including Ico, The Last Guardian, and Shadow of the Colossus, and it seems like they are set to announce another game pretty soon.

On their official website, genDesign has uploaded a graphic to greet fans for the new year. The first three digits of the year 2021 feature the studios’ past titles. However, the last digit features an unknown image, which is most likely the studios’ next project.

As far as the image is concerned, there is nothing much that can be deduced from it. There is a character standing beside a large object, and while it doesn’t depict anything else, the picture does give off Shadow of the Colossus vibes. However, it’s unlikely that genDesign is working on a Shadow of the Colossus sequel if we take their previous words into consideration.

In a statement to Famitsu back in 2018, genDesign mentioned that their next title “will be a completely new title, not a sequel.” However, the game will be far from the scale of an indie game and will rival the scale of games such as Shadow of the Colossus and The Last Guardian as per the developers.

Epic Games partnered with genDesign as their publishing label last year, and it seems like the upcoming title will be one of the first games that Epic Games will be publishing under its label Epic Games Publishing. Epic had also promised equal share of profits after costs are recouped, which can benefit the developers to quite an extent.

It remains to be seen whether or not we will see more of the mysterious project this year. With a sequel out of question, it will be interesting to see what the developers have in store for the fans out there.