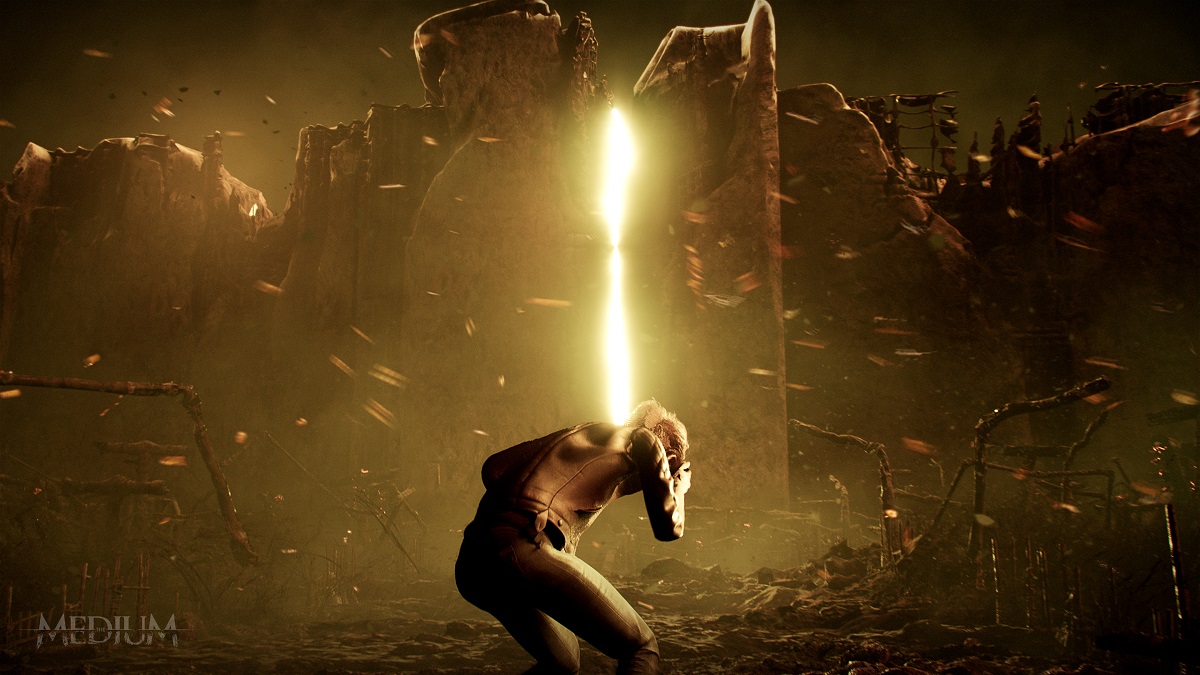 A new live-action trailer for The Medium has given fans their first look at another key character in Bloober Team’s upcoming psychological horror title.

The video, which was produced by award-winning studio Platige Image, showcases The Medium’s stunning, Zdzislaw Beksinski-inspired art style and frightening atmosphere once more. It’s the introduction of a a mysterious character named Thomas, though, that is most notable about the footage.

Thomas was mentioned by The Medium’s playable protagonist Marianna in a reently released 14-minute gameplay video, and little is known about the character’s past and motives. However, his presence in the trailer — and his interactions with the girl who presumably becomes Sadness, another key character in the game — means that Thomas could have a big role to play in The Medium’s plot.

“The Medium is our biggest and most ambitious project to date,” Bloober CEO Piotr Babieno said. “When we thought who could write a live-action trailer for the game, Tomasz quickly became the most natural choice. After all, his Oscar-nominated The Cathedral was also inspired by the art of Zdzislaw Beksinski, just like the spirit world in our game. I’m personally very happy that we could create something together.”

The cinematic two-and-a-half minute long trailer, which was written by academy award nominee Tomasz Baginski and directed by Pawel Maslona, also teased more shots of The Maw, The Medium’s horrifying antagonist who can travel between the real and spirit worlds like Marianna. It’s unclear how The Maw can move between different realms, but we don’t have much longer to find out.

Launching on January 28, The Medium will be playable on Xbox Series X and Series S, as well as PC. Preorders are already available on the Steam, Epic Games, and Microsoft stores.