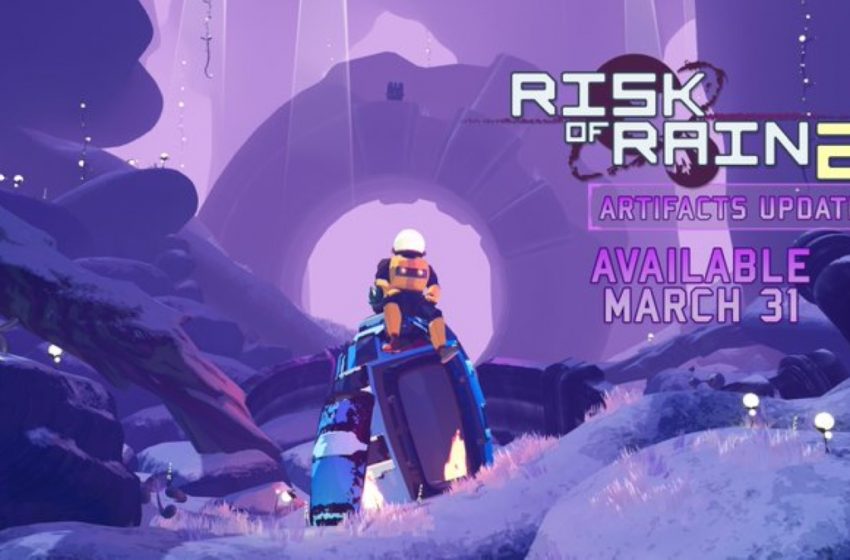 The next Risk of Rain 2 updating, Artifacts, arrives on March 31, confirmed by developer Hopoo Games during their Pax East panel.

The Artifacts update will feature several new bosses, a new stage to explore, additional items and equipment to unlock, and some additional artifacts. The artifacts in Risk of Rain 2 are found in hidden locations in the game. A player can choose to turn these on or off during their rain, and if a player turns them on, they make the game far more challenging.

Some of these artifacts are directly beneficial to how a run goes. For example, the Kin artifact has it so only one type of enemy can spawn into an area. The enemy type is listed next to the difficulty bar and the timer, providing a player with a better idea of what they’re combating while they look for the teleporter.

Right now, there are 10 available artifacts in the game, and the update could see plenty more arriving to shake up how players approach their run. We don’t know what type of artifacts are coming to the game, or how they will complement the current build. We can expect to see some with positive and negative effects attached to them.

From the announcement image, many are speculating the upcoming stage is going to be Sky Meadow, from the first Risk of Rain game. It was one of two possible maps players could enter during the second stage of their run. Another tidbit of information we can glean from the image is the small object next to the Commando. If you zoom in, it looks like the interstellar desk plant. The item would spawn an alien plant, healing you, after you killed an enemy.

The Artifacts Update will be a free update to Risk of Rain 2, available to all PC players on March 31.

How to get vehicles in Halo Infinite