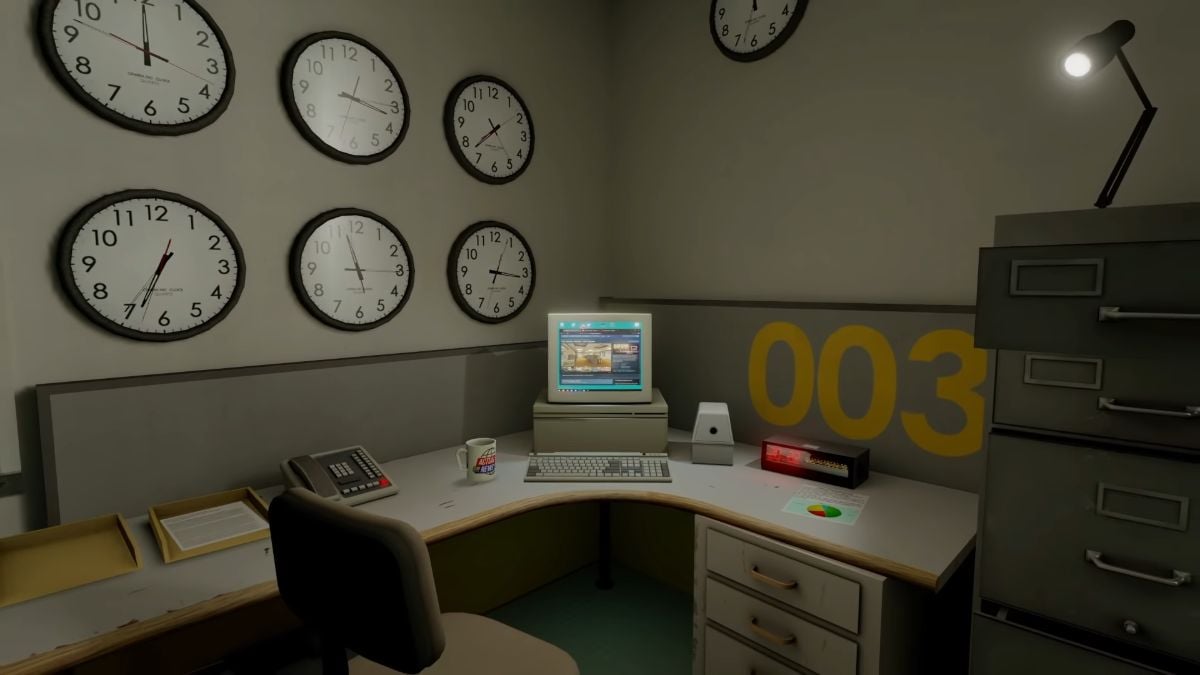 The video has the same narrator from the game, who points out all the “lies” the developers have claimed about The Stanley Parable: Ultra Deluxe. The game was originally announced to release sometime in 2019, but was then pushed back to 2020, and then to 2021.

The narrator mocks the developers for their multiple promises that ended up not happening, but the Narrator quickly changes tone when it is revealed that The Stanley Parable: Ultra Deluxe is ready to be added to players’ wishlists in Steam for an “early 2022” release. The narrator then says this will be the last time it will trust the developers, and after this promise, it will be “time’s up” for the developers. The game is expected to release on PC and consoles.

The Stanley Parable was the surprise indie hit of 2013. The game is an interactive experience in which you play as the titular Stanley. An all-knowing narrator describes your every action, and it is up to the player if they want to follow the path laid out by the narrator or fly by the seat of their pants.