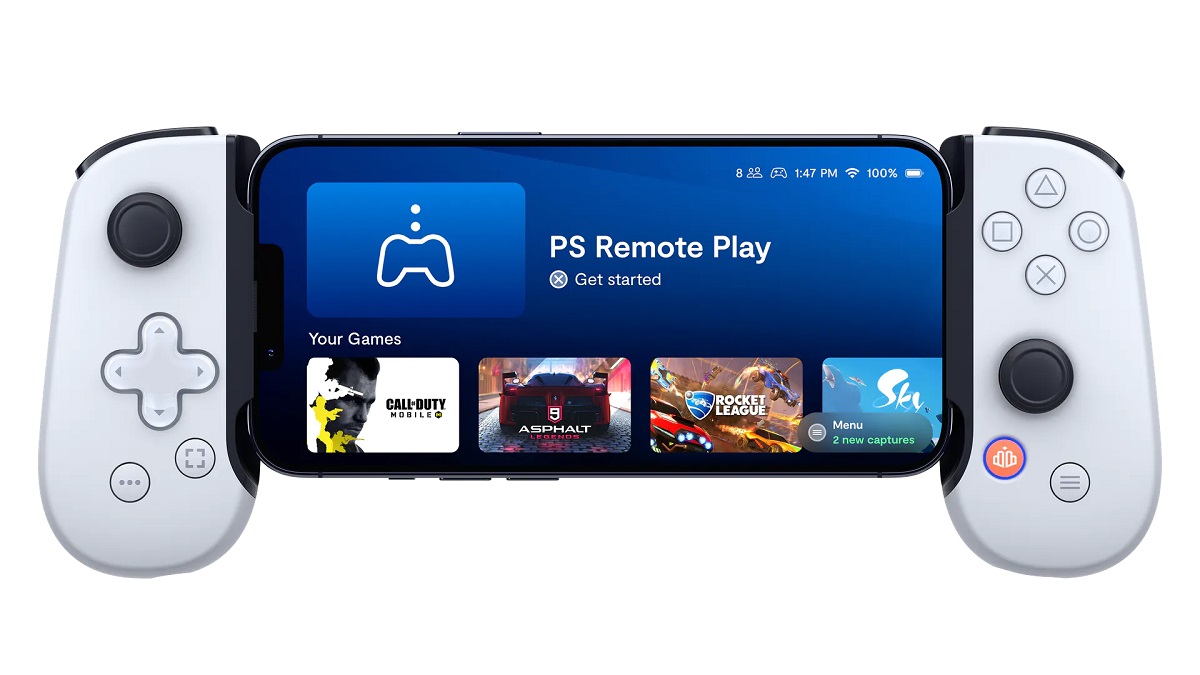 Sony may not be making a new portable console any time soon, but the Remote Play app on the PlayStation 4 and PlayStation 5 means it’s still possible to access and play your games on a mobile device on the go. However, some games aren’t really suited for playing with a touch screen.

That’s why Sony is releasing an officially licensed mobile phone controller called the Backbone One, which it announced today via the PlayStation Blog. Designed to resemble the PS5’s DualSense controller, you simply attach it to your phone and can play games like Horizon Forbidden West and Gran Turismo 7 no differently than you would on the console. Unfortunately, it appears to only be designed for iPhones, so Android users are out of luck.

The controller is also compatible with games from the App Store and other streaming services that support controllers, such as Genshin Impact and Fantasian. Plus, it doesn’t require charging since it’s powered by your mobile phone. So as long as you have battery life on your phone, you don’t need to worry about the controller dying on you.

One thing the blog post doesn’t mention is that this controller doesn’t have the DualSense controller’s adaptive triggers or haptic feedback. Speaking with Digital Trends, Backbone CEO Maneet Khaira explained that their omission is deliberate since it didn’t make any ergonomic sense to include them.

“This product is distinct in that it’s used primarily on mobile devices which have smaller form factors, and is therefore subject to its own unique constraints,” he said. “As a result, it does not feature the haptic feedback and adaptive triggers in the DualSense. The size, ergonomics and weight of this product when combined with a phone allow players to enjoy playing the games they already love on their phone through PlayStation Remote Play with maximum comfort. Our goal wasn’t to mirror the features of the DualSense, it was to create the gaming essential for PlayStation on mobile while feeling at home within the PS5 lineup.”

The controller appears to already be available for purchase on Backbone’s website and is priced at $99.99. Buying one also nets you one month of access to Apple Arcade and two months of access to Google Stadia Pro. According to the blog post, the controller is available in the United States, Canada, Mexico, Australia, New Zealand, Germany, France, Italy, Spain, Sweden, Netherlands, and the United Kingdom, with more countries to follow at a later date.