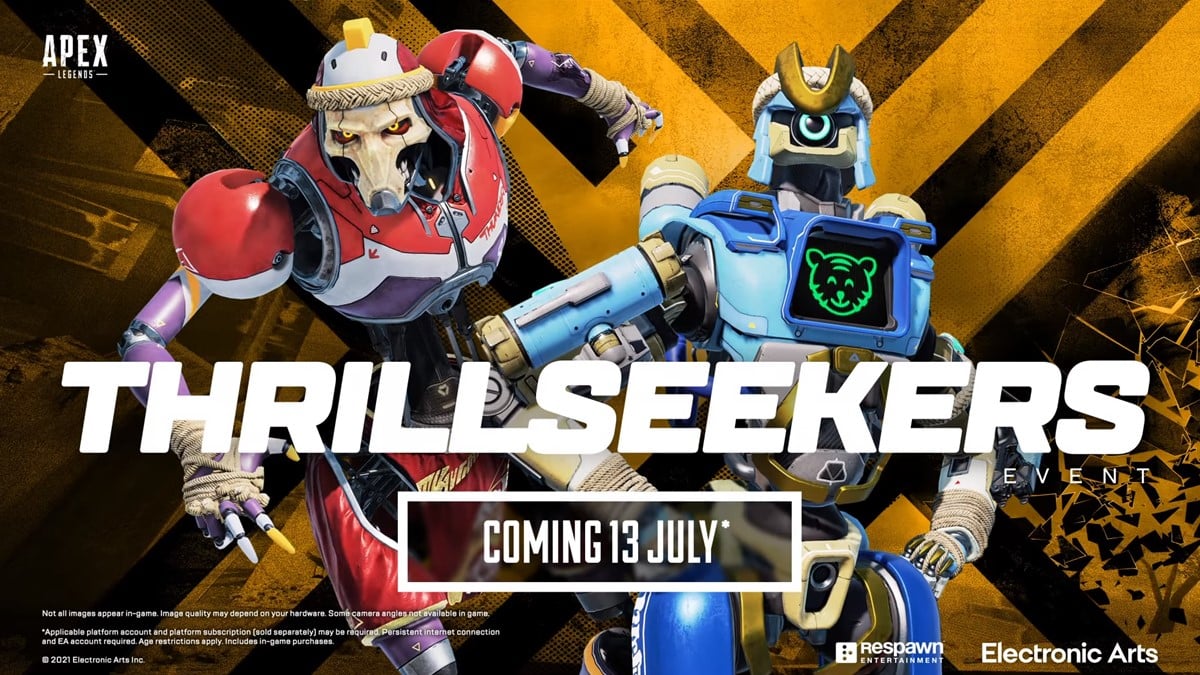 Apex Legends, for the most part, spaces out their events by a bit, but that is not the case for the next event. Today, a trailer drop out of nowhere on the Apex Legends steam page for the upcoming Thrillseekers event. It is a three-week-long event with separate mini reward tracks (similar to the past Arenas Flash Event tracks) each week based around Arenas mode.

The Thrillseekers event will start on July 13, the day that the current Genesis Collection Event ends. It seems that Season 9 is making up for lost time with the lack of major events this season.

There will be new cosmetics, including new legend skins for Mirage, Revenant, Octane, Bangalore, Rampart, Fuse, Gibraltar, Pathfinder, and Lifeline. Some of them are Legendary, but not all of them.

The other edition that the Thrillseekers event is adding to the game is a brand-new Arenas map called Overflow. Unlike with Skull Town, it is predicted that Overflow will join the rotation for the event, but remain a part of the rotation after that alongside Party Crasher and Phase Runner.