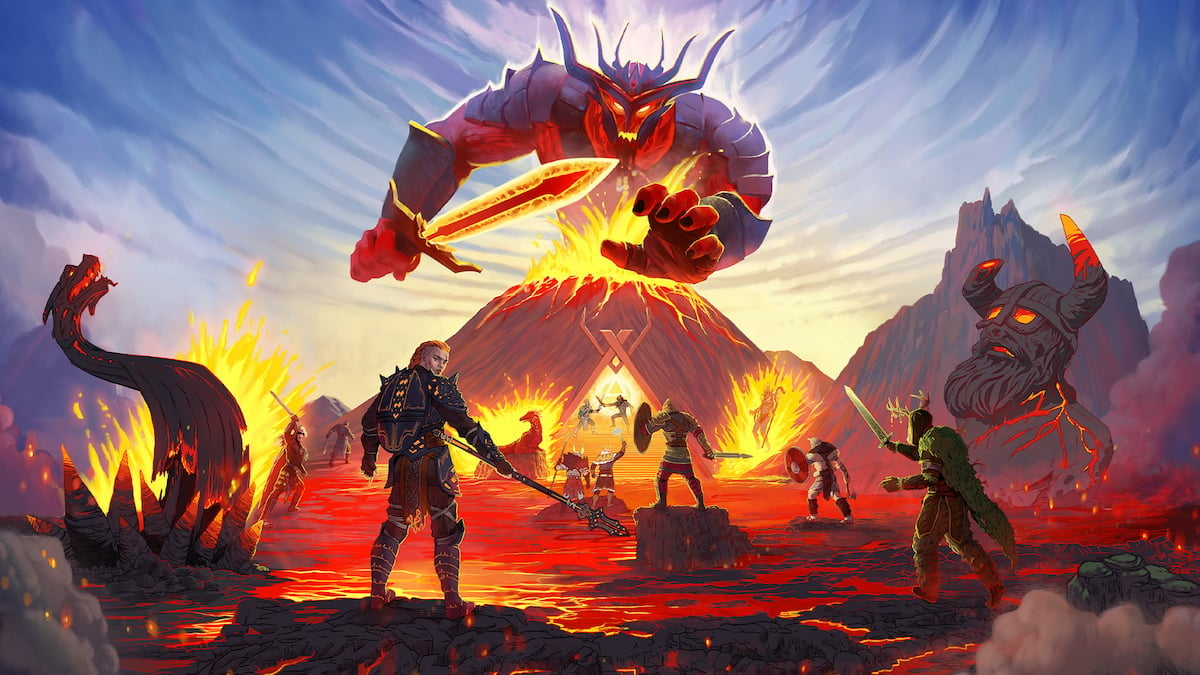 Tribes of Midgard will be heating up as Season 3: Inferno saga adds the Volcanic Spire to the map, a biome spewing with lava and fiery enemies awaiting them. The arrival of Season 3 also introduces a revamped central game mode calling it Survival 2.0, fishing, and a new weapon type, spears. All of this will be available on August 16, and Tribes of Midgard will also be making its way to Xbox and Nintendo Switch platforms.

The Inferno Saga will center around the newest biome, The Volcanic Spire, as fiery invaders assault the landscape. Players must acquire pieces of the Muspelite to venture to this new location and battle against the latest threat sending these attacks to Midgard.

The Inferno Saga will do away with the traditional village and villagers of the previous Tribes of Midgard survival mode for the Survival 2.0 update. Now, with Jötnar attacks no longer threatening them, players can take the dwarven tool the Allforge with to create their own homes and play through the game as they see fit, rather than being forced to stay at the center of the map. It should be a good way to offer vast flexibility for players and allow them to pick how they approach the many Sagas awaiting them.

The latest weapon available to players’ arsenal is the spear, a weapon with far more reach than axes or swords. Although it has a far more linear attack pattern than those two, it should offer several changes for those who want to try something new. These will be craftable when Season 3 arrives, along with the chance for players to craft fishing rods to test their patience against the elusive fish of Midgard.

A handful of gameplay adjustments will come to Season 3, such as each class receiving two new blessings, adjustments to current ones, 10 new runes, and a larger rune inventory for each player. These are on top of the massive changes coming to the Survival 2.0 update, which will vastly shake up the game for players.

Season 3: Inferno Saga will be a free update to existing Tribes of Midgard players on August 16. All Saga content from the Wolf and Serpent Sagas will continue to be available alongside the Inferno Saga content.