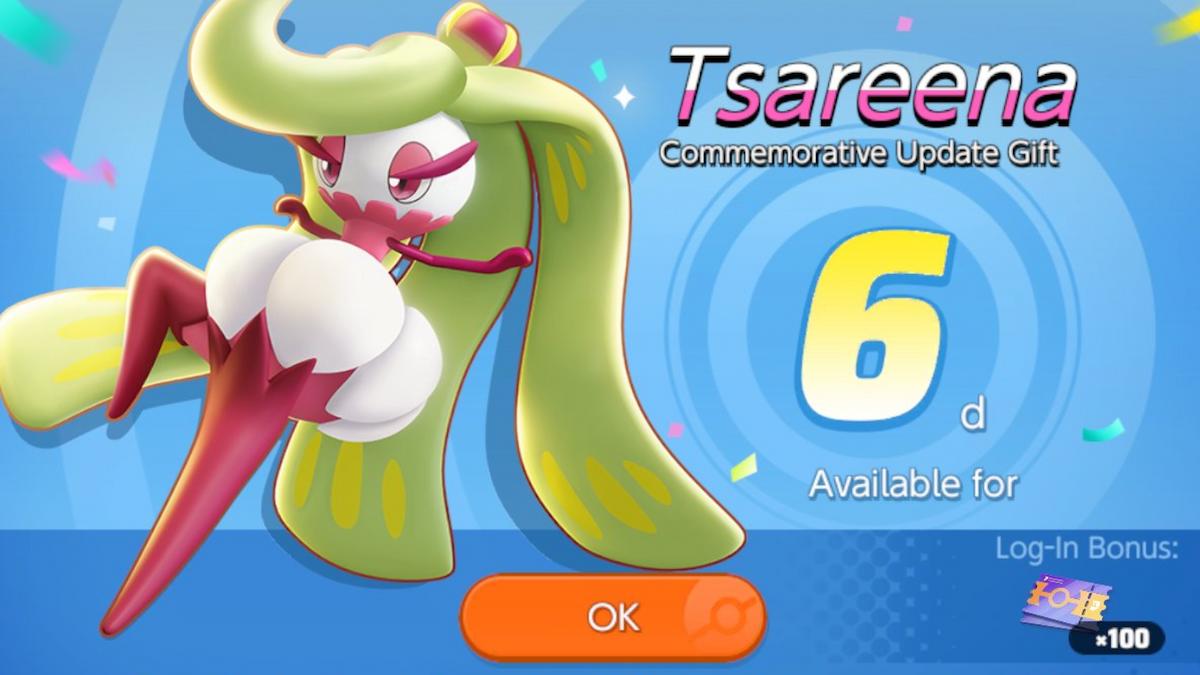 Tsareena could be the next Pokémon to join Pokémon Unite’s ever-expanding roster, according to a recent datamine by Sobble’s Unite Datamine. The dataminer claimed on Twitter that the Pokémon will arrive on December 9, and based on a promotional image extracted from the game’s files, it looks like it’ll be free to acquire.

Based on the datamined information, it looks like players will receive the Pokémon upon logging into the game following an update on December 9. Other dataminers have also discovered text that matches the leaked promotional image, seemingly corroborating the leak. It remains to be seen whether Tsareena will bring any other surprises with it as part of this alleged December 9 update. Neither The Pokémon Company nor developer TiMi Studios have commented on the alleged leak.

No details were shared regarding Tsareena’s battle type, but fans on Twitter have speculated that the Pokémon could be an All-Rounder due to its fairly balanced stats in the mainline games. The Pokémon’s moveset also remains a mystery for the time being. Given that Tsareena’s alleged release isn’t that far off, The Pokémon Company will likely make an official announcement in the following few weeks, should the datamine be accurate.