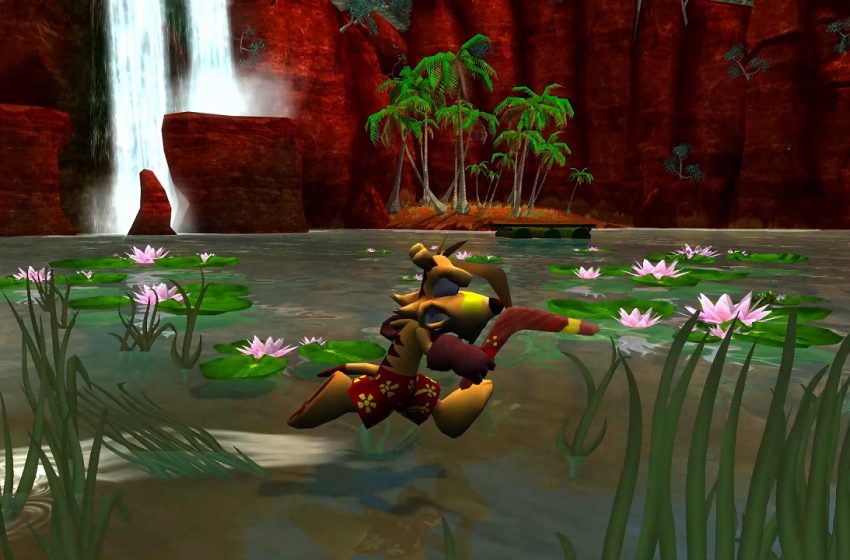 Gaming’s favorite Australian tiger, Ty, is finally getting a release on the Nintendo Switch, as the classic platforming series gets its first taste of the current generation of consoles when it hits the Switch on March 31, with PlayStation 4 and Xbox One to arrive soon after it.

Original developer Krome Studios made the announcement today via the game’s Kickstarter page, which launched in August last year. The intention was to bring the game to the Nintendo Switch, but after backers pledged enough funds to see the release more widely, the other consoles were also confirmed.

A number of updates to the game are included, with Switch-specific controls to complement traditional inputs, plus improved visuals and a new Hardcore mode.

Ty the Tasmanian Tiger was originally released on the PlayStation 2 in 2002, and the 3D platform adventure game was a fairly big hit with players, especially for younger audiences, with a likable mascot in Ty, great humor, and an enjoyable adventure around Australia’s outback. It also spawned two sequels, Ty 2: Bush Rescue and Ty 3: Night of the Quinkan, both of which also proved to be popular among fans.

However, the success of Ty meant that Krome Studios eventually took control of bigger IPs, such as Spyro the Dragon, while owned by Vivendi Games, and, later, ports of games to older generation consoles. Ty was left behind on the PS2.

The Ty games finally saw the light of day again in 2015, when Krome created a new sequel 10 years after the last game. Unlike its predecessors, though, Ty the Tasmanian Tiger 4 was a 2D side-scrolling platformer, similar to the Gameboy Advanced spin-off games, and was released on PC only.

The original three games have since been revived on a yearly basis, with the original Ty coming to Steam in 2016 and the sequels following in subsequent years.

Releases to the current consoles will be a refreshing change of pace from modern style platform adventures, with the Switch being a suitable home for Ty when it launches at the end of March.