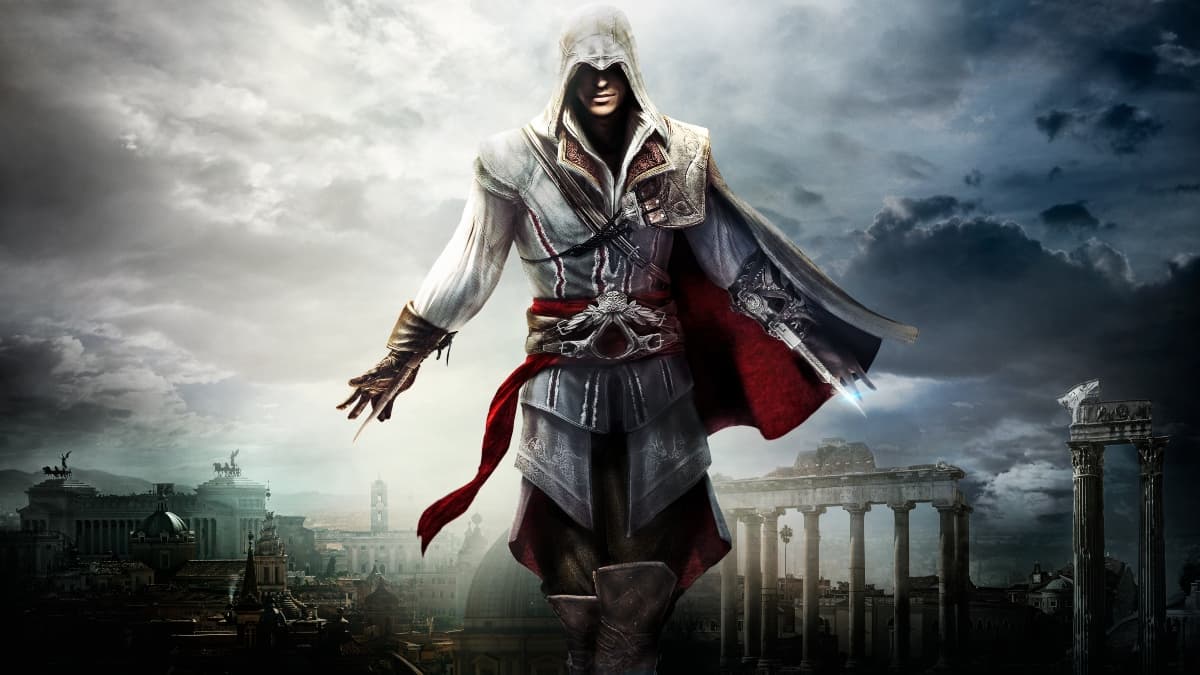 Ubisoft has announced that Assassin’s Creed: The Ezio Collection will launch for Nintendo Switch on February 17. The compilation first launched back in 2016 for PlayStation 4 and Xbox One. But now players will be able to test out their assassin skills on the go or from the comfort of their sofa, with a few additional features arriving in the Switch port that take advantage of the console’s unique skill set, such as Handheld Mode.

Beyond Handheld Mode, the Switch port will also benefit from the system’s HD Rumble while the developer has incorporated a touchscreen interface to use when playing undocked. Elsewhere, the HUD has received a few tweaks to better suit the Switch’s screen.

If you’re unfamiliar, Assassin’s Creed: The Ezio Collection is a compilation of three games from the series that feature Ezio Auditore da Firenze as the main protagonist. It includes Assassin’s Creed II, Brotherhood, and Revelations. The solo DLC for each game is also available as part of the package, making it excellent value for anyone who’s never played an Assassin’s Creed game before.