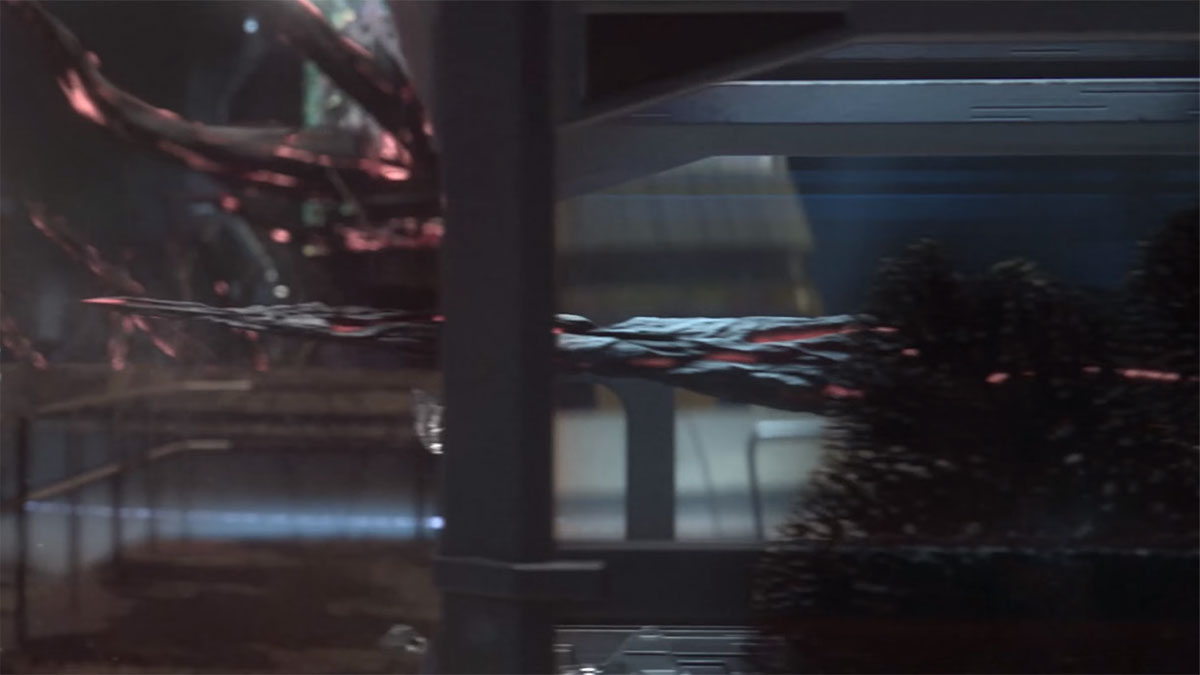 Ubisoft today posted a teaser trailer for Rainbow Six Extraction on Twitter. The teaser was posted by a new Twitter account under the same name as the game. Coupled with the imagery used in the trailer and a new video from the developer team on the game, it’s been confirmed that this is the game formerly known to fans as both Rainbow Six Quarantine and later Rainbow Six Parasite.

The teaser video shows a computer screen in an abandoned lab. The camera slowly zooms out to reveal a black mold substance growing at an alarming rate around the facility. Each time it touches something, it pushes a huge spike tinged with red veins outwards, smashing anything in its path.

The video also shows an ominous suspended black goo. Possibly the same mold seen growing around the lab. It then ends with a focus on a rock, possibly a meteorite, held in place by a series of wires where it has clearly been tested on.

The teaser video confirms that the infection or alien growth seen in Rainbow Six Extraction is the same as that seen in the Quarantine event that took place in 2018. In that time-limited event, players took on the roles of specific Operators and had to complete a series of short missions through infested locations. At the end of the sequence, players had to fight hordes of infected enemies while waiting to be extracted from the area.

There has been lots of speculation over what this game could be. Most agree that it will bear some resemblance to the Quarantine event. However, alleged leaks suggest that the game has been fleshed out more to make for a more compelling experience. This teaser video ends by telling fans to tune into this week’s Ubisoft Forward on June 12 to learn more.