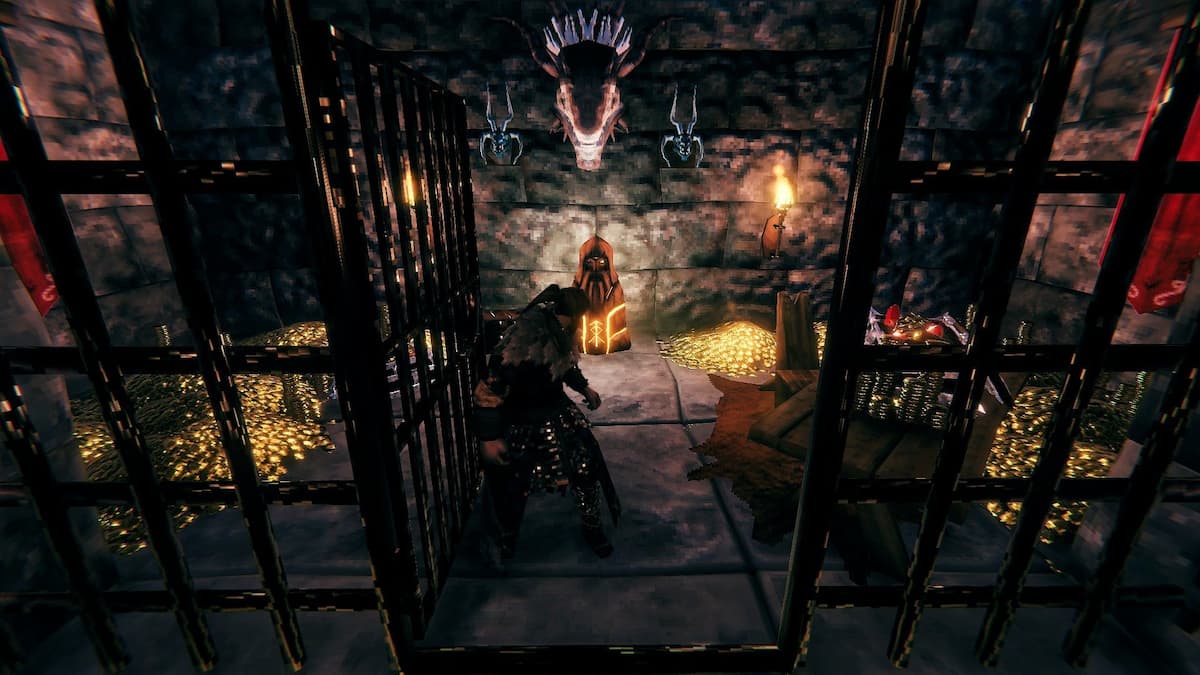 Iron Gate took over the indie scene this year with Valheim, a game about being trapped between Viking heaven and hell. To keep us all very excited about the game’s upcoming Hearth and Home update, they have released more information about what we can expect from the new content.

The update, which should be arriving within the next couple of months, will include new means of managing your wealth in the form of coin stacks, coin piles, and treasure chests. While new players might still be scrambling in the mud for twigs and rocks, more established players will know that Valheim can become a game of plenty.

New ways to store their treasure will be welcome by veteran players, and on top of that, we can expect a new iron gate that we can use to lock up our treasure, and perhaps even imprison some of the stranger creatures in the game.

Calling Valheim a smash hit is something of a disservice to the game, as it has sold over 7 million copies to date. This is a staggering level of success, especially for developers Iron Gate. The team has repeatedly mentioned that they are working hard to not let the pressure to provide more content too quickly interrupt their drive for quality.

To that end, the latest update finish by mentioning that the team has hired new members in the form of a programmer, an animator, and a QA Manager to help out with the game.