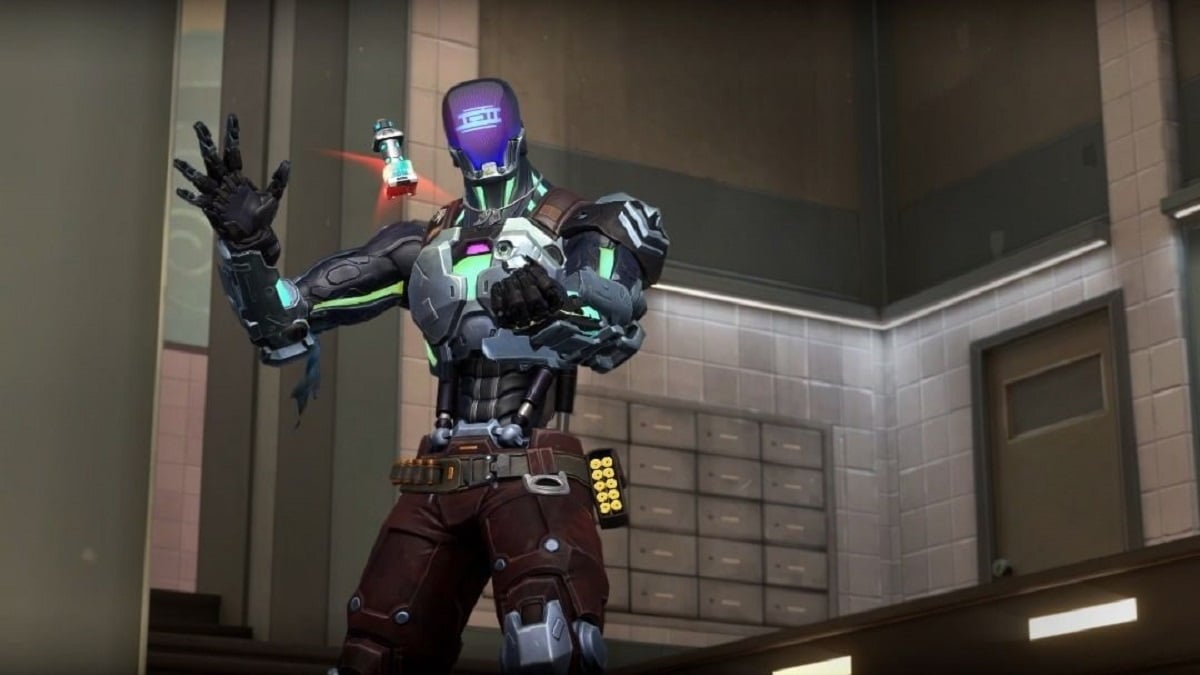 KAY/O, the much teased upcoming Agent in Valorant, has been revealed by Riot as we get ever closer to the game’s first birthday celebrations. KAY/O will be joining the game on June 22, giving players another agent to add to their tactical first-person shooting battles in Riot’s smash hit title.

“KAY/O was the first Agent that we started developing after the game launched, and we wanted to integrate him into the world a bit more,” says Valorant Character Producer, John Goscicki. “By now you have seen the teasers on Breeze, which were one way we pursued this, for all of you lore inclined folks he has some fun relationships with the roster.”

KAY/O is designed to appeal to fans of pure gunplay, and his entire kit of abilities focuses on generating firefights with enemies by either denying them the chance to use their own abilities or forcing them from cover and out into the open where skilled players can take advantage of their aiming abilities.

KAY/O also possesses an extremely interesting downed mechanic, giving other players the chance to revive him before he is truly out of the fight. This allows KAY/O players to really lean into the idea of taking risky engagements and trusting in their skills to either get the job done or leave an easy to mop-up scene for their allies.