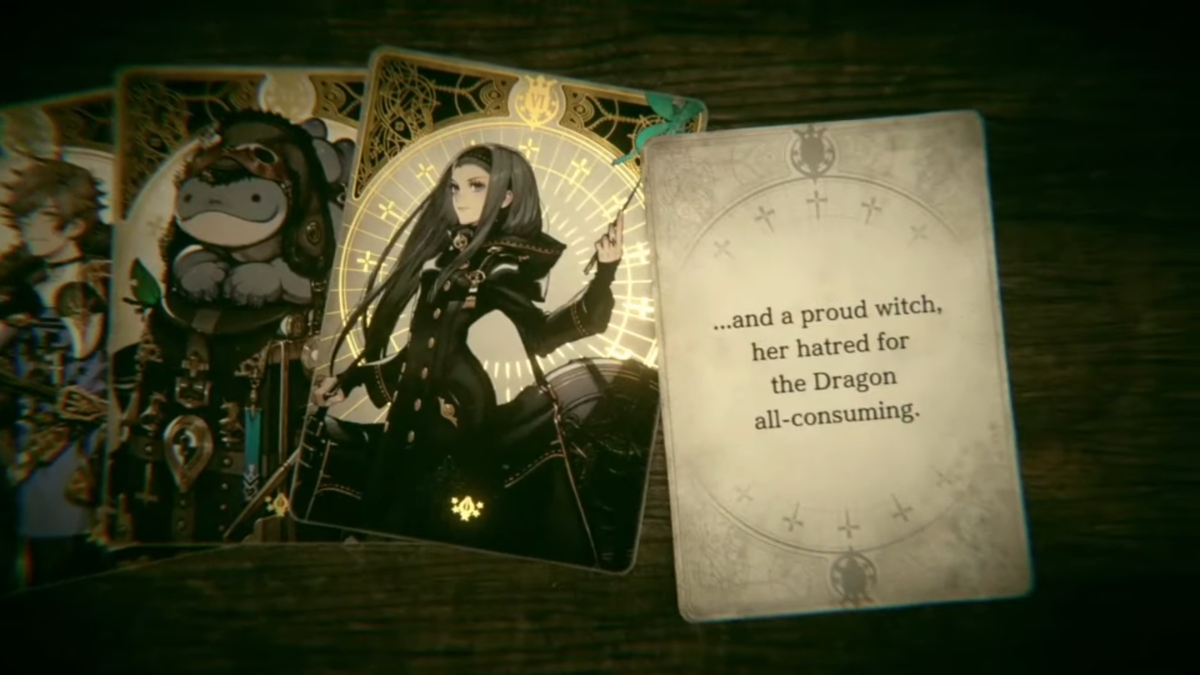 A new RPG from Square Enix, the publishers of the Final Fantasy and Dragon Quest franchises, was revealed during the Nintendo Direct. The game is titled the Voice of Cards: The Isle Dragon Roars and is directed by Yoko Taro. Taro is a Japanese developer who is known for his out-there directing style. Taro is most famous for being the creative director for the Nier games. Taro’s most recent game was Nier Reincarnation, which was released on mobile in 2021.

The Isle Dragon Roars is a card-based RPG where the entire realm is presented as cards. The world itself is a set of layered cards and every object and character is represented as a drawing on a card. The game uses classic turn-based RPG gameplay while mixing in tabletop rules and mechanics. Players will be able to roll dice to fight enemies and to determine if they complete different challenges.

The game’s story stars a trio of explorers who are sent by the queen to slay an evil dragon. Among the trio is a wanderer who wants to be a hero, yet only cares for the reward. The wanderer is joined by his monster companion and a dragon-hating witch.

Voice of Cards: The Isle Dragon Roars comes to the Nintendo Switch on October 28. A free demo is available starting today.