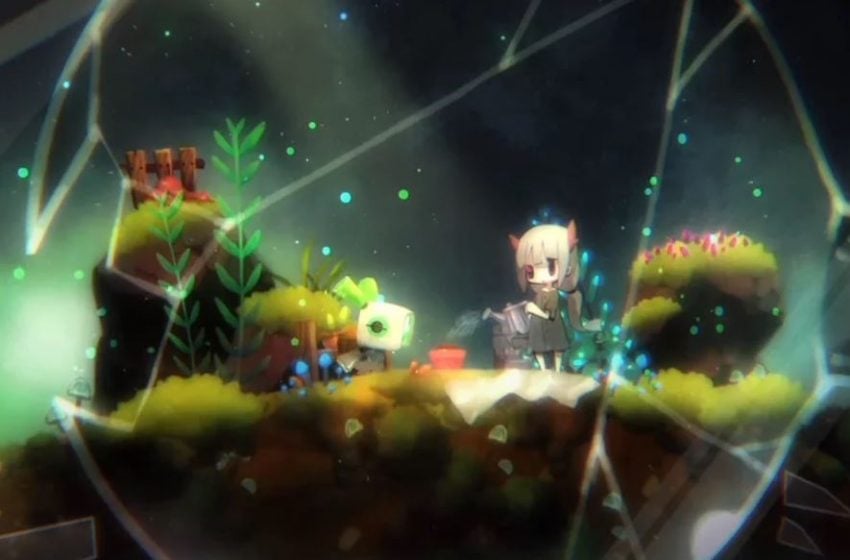 NIS America has revealed one of its two mystery announcements this week, stating that Void Terrarium is coming to the West this summer. The game launched on Nintendo Switch and PlayStation 4 in Japan in January.

Void Terrarium is a survival game that takes place in a beautiful yet gross post-apocalyptic world. You play as a droid who awakens after a long period of disservice to find the population under attack from toxic fungi. The droid comes across an injured little girl called Toriko, the last human survivor, who it shelters in a glass dome to keep her safe from disease.

Players then take on the role of both characters, helping the droid to find supplies in the outside world while Toriko makes a home out of her quarantine. By working together, it is possible for both Toriko and the droid to thrive, even in such a hostile environment.

Void Terrarium will be available to buy digitally on each platform’s online store, and it is immediately available on both platforms in Japan. There will also be a limited-edition version for sale on the NIS America store, which contains a physical copy of the game, the Sporific Sounds soundtrack, an A.I. Love You set of two pins, a Tori-Gotchi lenticular keychain that resembles the in-game status screen showing her current health, a poster of Toriko with the robot, and a Status Apparatus desk display that can be used to show your current emotions.

Void Terrarium will be available on Nintendo Switch and PS4 this Summer, and NIS America should announce a solid release date soon.