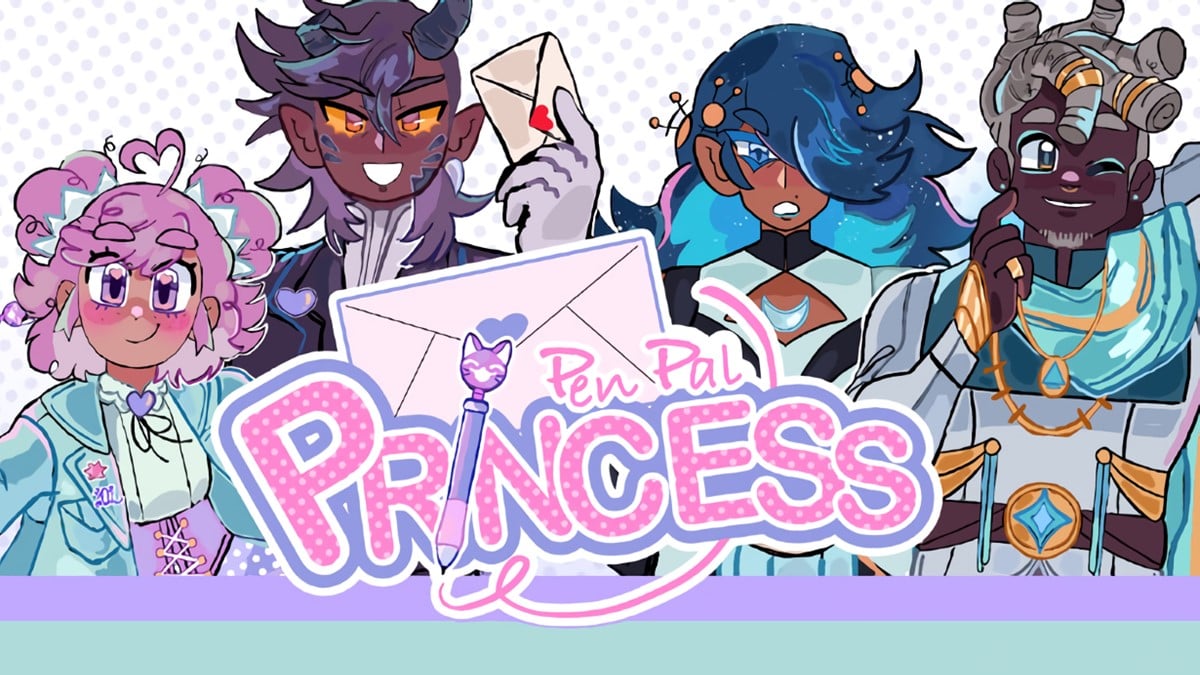 VTubers are one of the biggest things in the online streaming community right now. They are virtual streamers, rather than real people. These live animated rigs can be created through a program called Live2D. The Live2D software has existed since 2006, but it has grown over the course of the last decade to new heights, especially in the last few years.

Live2D is also popular for creating characters for mobile games, occasional visual novels, and even in one of the Fire Emblem games. In the newest Game Devs of Color Expo Direct Indie Games Showcase, though, we saw where the VTuber craze and the history of Live2D’s use in games finally meet in a new indie visual novel game by Francesca “Cesca” Carletto-Leon called PenPal Princess.

PenPal Princess is a story of a modern-day princess who is in search of a relationship via online dating, trying to find a love that can rescue her from her tower. The game includes multiple romance options, and queer storylines.

One of the reasons that PenPal Princess stands out among past titles using Live2D is because the team actually collaborated and worked with an existing VTuber to bring their cast of characters to life. Partnered Twitch streamer and VTuber Izzy, aka belbeeps, used their existing art skills and know-how of Live2D from being a VTuber to create the lively characters within the game.

The GDOCExpo showcase even gave viewers a behind-the-scenes look into Izzy’s experience with the software, and how being a VTuber had intertwined with this set of knowledge.

Seeing the distinct merge of the VTuber community and the indie games scene in PenPal Princess is not only exciting for the upcoming game itself, but it could also set an exciting precedent going forward.

Will we see more studios team up with VTubers in the future? Will we see Live2D more commonly used outside of mobile titles going forward? This is definitely something we would like to see more of in the future, and if we do, it is clear that PenPal Princess is leading the charge.

PenPal Princess is coming to Kickstarter in 2022. You can wishlist it now on Steam.