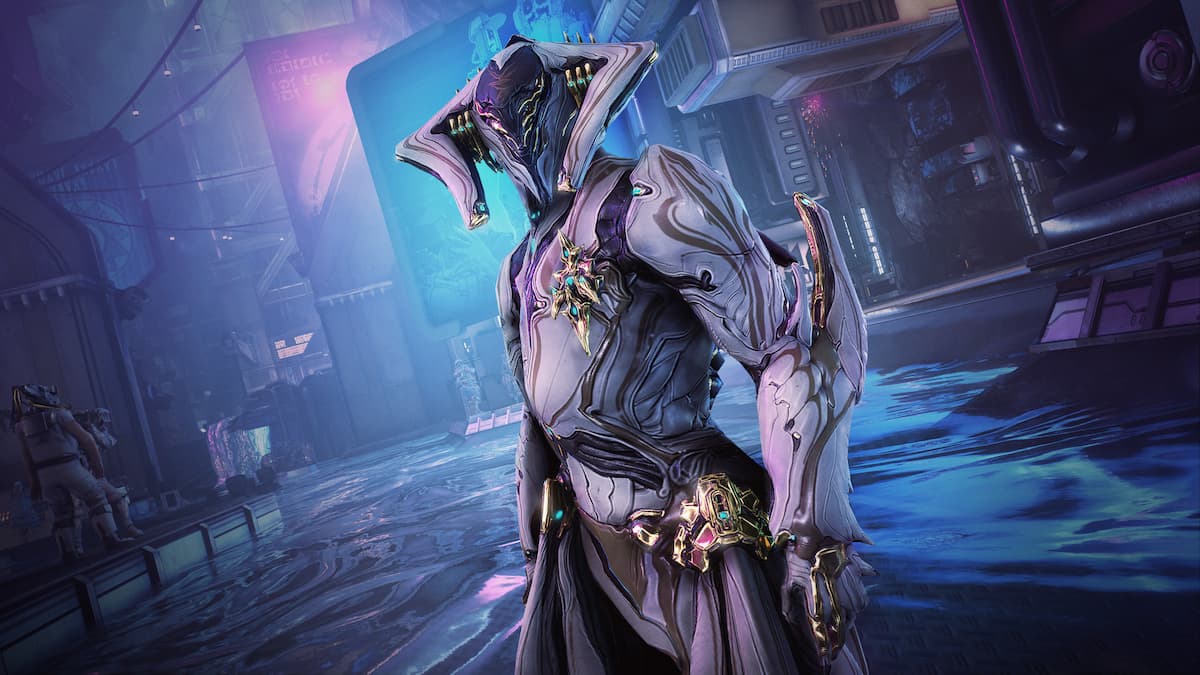 Tennocon 2021, Warframe’s yearly community event, will be an all-digital affair again this year, but that doesn’t mean it won’t have an impact. On July 17, players will get their very first experience of the game’s upcoming The New War expansion.

The New War is the next step in Warframe’s epic story and is set to change the face of the game. The reveal, which will be interactive, will form the cornerstone of this year’s Tennocon event. “We truly hope Tenno will enjoy a day dedicated to them and the memorable experiences we’ve shared together in Warframe,” said Sheldon Carter, Chief Operating Officer at Digital Extremes. “There’s plenty of new and exciting reveals to be made, but players will have to tune in to TennoLive to find out more. ”

The New War is something that the game, and the developers, have been building toward for years. In a teaser trailer, a Sentient ship is shown arriving at Cetus, crashing through the ornate architecture as it casts a menacing shadow across Earth.

For players, it feels like the game has been preparing for this moment for years, largely because it has. The last few expansions have all built into The New War in some way, and the team has spent a huge amount of time setting up the next chain of events in the game. It’s definitely an exciting time for all fans of Warframe.

Players who tune in to watch Tennocon 2021 can also get their hands on some free gear through Twitch Drops. The Vastilok Gunblade Weapon will be available for watching 30 consecutive minutes between 12:30 PM and 5 PM ET. The Tannukai Longsword Skin and Armor Set will be awarded at the end of the live Relay even that players must attend if they want to get it.

Finally, a Loki Prime Warframe with Slot will be available for watching thirty consecutive minutes between 5 PM and 7 PM ET. Loki is one of the premier stealth Warframes in the game and will be a welcome addition to the arsenal of any player who doesn’t have him.