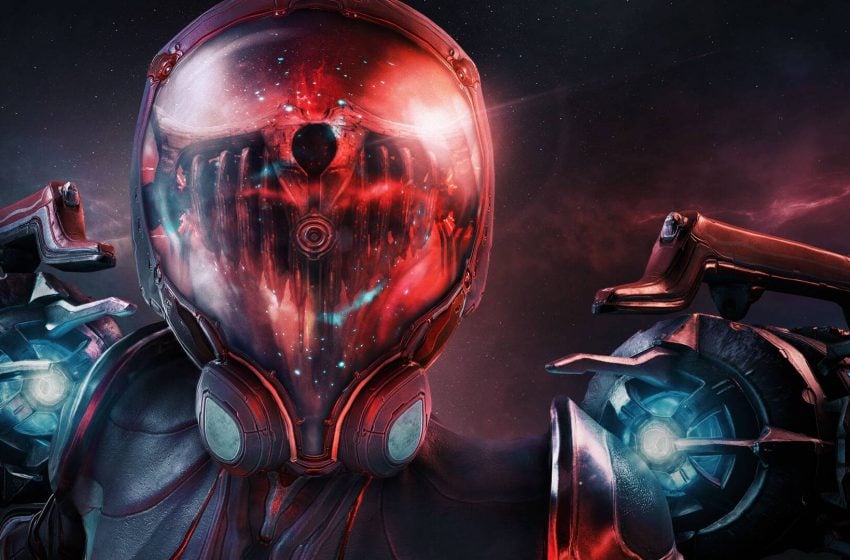 Operation Scarlet Spear, which pits Warframe players against an invading horde of Sentient enemies, has just gone live on console today. The update is available to download now for PlayStation 4, Xbox One, and Nintendo Switch. The event will run until May 14, giving Tenno ample time to farm those Sentinets and get the rewards that they want.

The new event consists of two new missions, Ground Assault and the Murex Raid. Both can be launched from the new Scarlet Spear Relay which can be found orbiting Earth.

In Ground Assault, a squad needs to take on the Condrix, massive Sentient enemies that are accompanied by waves of smaller Sentient threats. By killing and scanning the Condrix using their Op Links, the squad can send kill codes to players in the Murex Raid mission. The Murex Raid involves making your way onto a Sentient vessel and injecting the kill codes directly into its interstellar brain, rendering it useless.

If you do not have your own Railjack yet, have no fear, as players are given the option to either host or join a Murex Raid when they start the mission. If you don’t have a Railjack, just select “join” to be placed with another squad so you can take part in the mission.

Don’t forget to talk to Little Duck when you first arrive on the Relay, as you will need to get the new Op Link from her to take part in the event.

There are numerous rewards available through the event, which you can purchase from Little Duck at the new Scarlet Spear Relay. These include new weapons, a new room for the Simulacrum, Arcanes, new Clan Sigil styles, and decorations for your Orbiter.

A guide to all Microsoft-owned game studios