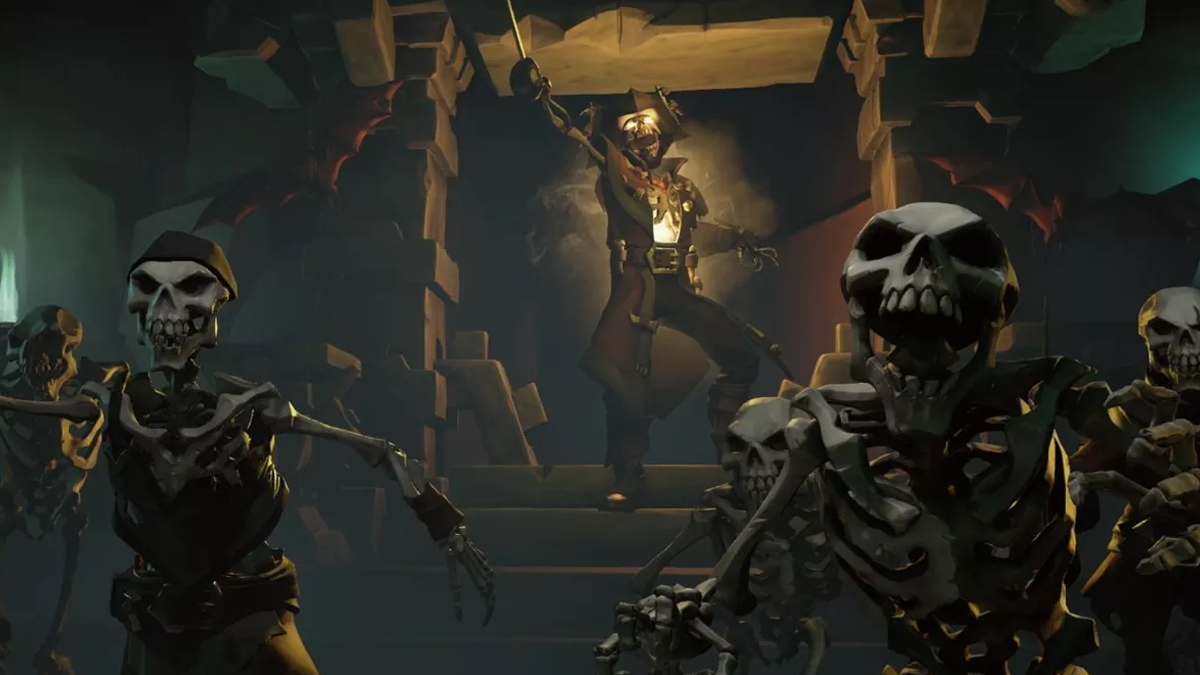 The Sea of Thieves update for October has been on the minds of sailors for quite some time. However, Rare just released a teaser on its Twitter page finally giving us some info about this long-awaited update.

While there haven’t been any other hints on what this is all about, we can imagine that there will be some great Halloween cosmetics and a new tall tale. This is the latest update in Sea of Thieves’ continued monthly content packages. While these are normally introduced earlier on, this new seasonal event is welcome.