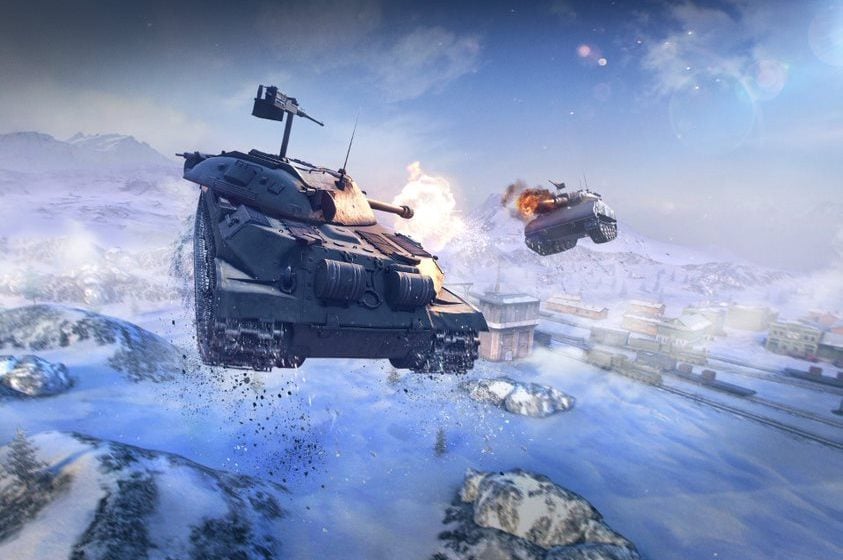 World of Tanks Blitz fans could net themselves a slice of real-life moon land as part of a new mode coming to the free-to-play game next week.

Developer Wargaming has announced that World of Tanks Blitz’s Gravity Force game type will land on April 10, and players have a chance at earning a piece of moon real estate if they top the leaderboards at the end of the week-long Easter extravaganza.

The limited-timed event, developed in partnership with Lunar Embassy, will run until April 16 and bring real-life space anti-gravity mechanics to Gravity Force mode. It’ll be available to PC, Mac, and mobile phone users.

Available maps, including Mirage and Desert Sands, will feel floatier than usual, while a new map — Sea of Tranquility — is being patched into World of Tanks Blitz for the event. Recoil calibration will also be a feature during the event, and ensure that there’s a new challenge for all tank commanders to overcome.

World of Tanks Blitz‘s best players, meanwhile, have the chance to win legitimate certificates that grants them part ownership of the real-life moon’s Sea of Tranquility. Lunar Embassy, who are the world’s only recognized legal seller of “off-planet land,” will be keeping a close eye on participants to see who truly has what it takes to gain ownership of this out-of-this-world prize.

Interested gamers can tune in to a live stream on Wednesday, April 8, to learn more about the Gravity Force mode and possible Sea of Tranquility reward. To take part in the festivities, players must have at least one Tier V or higher vehicle too.