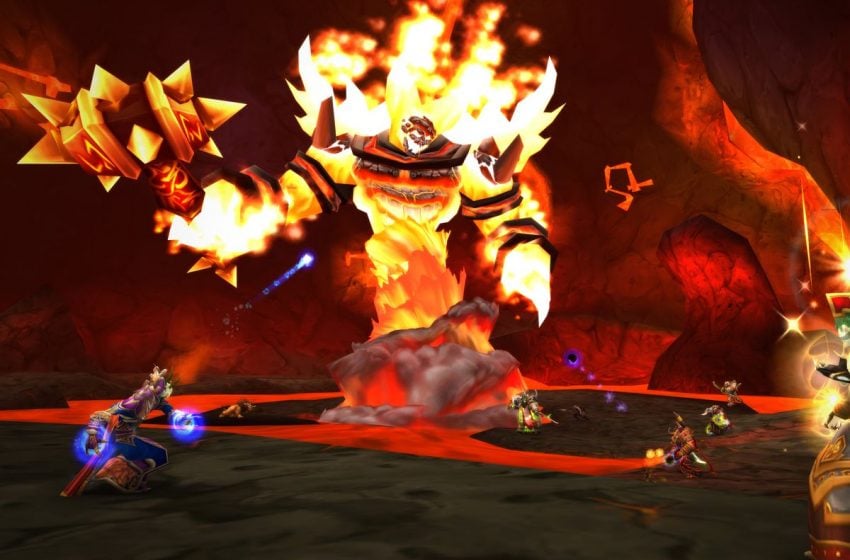 World of Warcraft has never been considered a gory game, with much of the violence rooted to the lore of the Warcraft universe. But that doesn’t stop the players from finding ways of making their experience a little more bloody, as one raider found out.

During a raid on World of Warcraft Classic’s Molten Core instance that took place yesterday evening, a member of WoW Twitch streamer BeserkrStream’s raiding party, called Maverick, drunkenly announces that he was confused by all of the blood that was over his walls. Further confusion was afoot when he discovered that hand marks looked like his own handprint.

“Is it your blood, or someone else’s blood?” BeserkrStream asks.

“Apparently it is,” he says. “There is a large cut on my palm going all the way down…”

A little later on, Maverick finally managed to find the source of the bleeding. “Oh, I found the blood source,” he says. “It’s a cut to the left of my torso.”

He explained earlier in the stream that he had experienced some personal issues that might have caused an exchange while he was out that evening, but he was too drunk realize the bloody extent of the situation.

“It’s not a deep one,” Maverick continues, adding later: “Ow.”

While the raiders on the stream were fairly amused by the situation, it’s difficult to evaluate how bad Maverick actually was from just his words, but one or two members to seriously ask for an evaluation of his condition. We certainly hope Maverick is okay.

You can see the clips from the streams below. (Note that the language and content are NSFW).