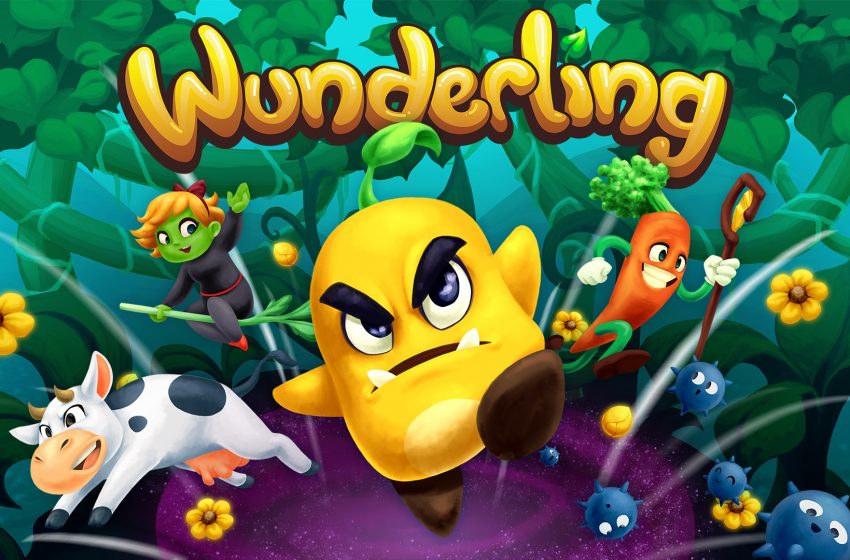 Ever kill off those level 1 fodder-type enemies and wonder what it would be like to be the easiest enemy to kill in a game? Ever think about how much more exciting their lives could be if given just a little more power? Welcome to Retroid’s Wunderling.

Wunderling is the story of a little, possibly squash-shaped, Waddle Dee-style enemy who is given a special power by a powerful (vlogging) witch: The power to jump. Now, this once-run-of-the-mill sprite has the power to go on its own adventure and, in the process, grow more powerful. As long as it doesn’t die from running out of power first.

By default, the little guy paces left and right constantly, bumping into walls and obstacles constantly, never stopping. In the beginning, the jumping is the only action you can control. It’s an extremely simple mechanic, and it means the game can actually be can be played with one hand. Yet the puzzles are intricate, intriguing, challenging, and the non-stop pacing makes you want to achieve all of the level’s goals.

As you jump and navigate your way through the various levels, one major component is collecting flowers. To get to a level’s end, you need to at least collect some of them, because the Wunderling has a built-in life timer, and if you go too long without picking some up, it will die.

If your goal is to collect them all, when you replay levels, the ones you have gotten before will show up blossomed. This way, you can hone in on the flowers you have obtained, while still satisfying your life timer with the repeats.

Every level has a concrete ending marked by a starry purple portal. Sometimes getting to the portal will be difficult, while other times it’ll be hard to not go into the portal, while there is content on the other side of it.

Each level also has a purple chest within that contains a cosmetic piece you can put on Wunderling. This includes different shoes, gloves, hats and more, giving the players roughly 27 million different possible combinations if they unlock every item, according to the devs.

Sometimes to get to the chest, or even the level end, you will need to collect color-coordinated keys that open locked doors. And throughout the game you can gain a few more abilities, called Wunder-moves.

Even though the controls are simple, there is so much to offer in Wunderling. In our hands-on preview at PAX East, we were enthralled by how engaging such a simple gameplay concept can be. It just goes to show that sometimes in games, less is so much more.

Players can jump into Wunderling on PC and Nintendo Switch March 5.