Everyone’s favorite gaming holiday in the middle of the year, the Electronic Entertainment Expo, has arrived. To kick off the week to come, Microsoft is up first with its Xbox E3 2018 Briefing.

Last year at E3, Microsoft’s big gun was the Xbox One X reveal. Heading into this year’s show, no one really knew what to expect. Here’s a rundown of everything that Xbox showed during their press conference.

Fair warning, there was a lot to digest. The entire briefing is now on YouTube, which can be seen below. After that is a rundown of everything that was shown in the briefing, including individual trailers.

The show kicked off with a bang with a teaser trailer for the newest entry in the Halo series, Halo Infinite. The short video showed soldiers walking through a beautiful wilderness before Master Chief’s iconic helmet came into view, followed by the game’s title revealed.

Phil Spencer then took the stage to announce that the show would reveal 50 total games, including 18 exclusives and 15 world premieres.

Ori and the Will of the Wisps trailer

A new trailer for Ori and the Will of the Wisps, a sequel to Ori and the Blind Forest, was revealed. It’s scheduled to come to Xbox in 2019.

The next game from the developers of Dark Souls, Sekiro: Shadows Die Twice, looks to retain some of From Software’s signature combat but with a very different visual style and setting.

Todd Howard from Bethesda took the stage next to announce that Fallout 4 would be coming to Xbox Game Pass, and then show off an exclusive first look at Fallout 76. Howard said that 76 is four times bigger than Fallout 4.

Coming to the Xbox Store for free on June 26 is a new game from the Life is Strange universe, featuring a child and his superhero fantasy.

Terry Crews loudly announced himself again on the E3 stage in a new trailer for Crackdown 3, another Xbox exclusive. The end of the trailer revealed a February 2019 release date.

Nier: Automata coming to Xbox One

The Become as Gods Edition for Nier: Automata is coming to Xbox One on June 26.

A new trailer and official release date for Metro: Exodus was up next. It’ll be released on Feb. 22, 2019.

A new trailer for Kingdom Hearts III revealed a Frozen world in-game, featuring Anna, Elsa, Olaf, and more from Disney’s hit movie. This is the first time that the series will be available on Xbox.

Battlefield Stories got a new video during the show, revealing some single-player content for the upcoming title from DICE and EA.

A new Xbox first-party studio, The Initiative, was revealed. And so, too, was the announcement that Undead Labs, Playground Games, Ninja Theory, and Compulsion Games were purchased to become first-party studios to create games exclusively for Xbox.

Compulsion Games’ BioShock-esque title has been in early access on Steam for a few years, but it returned to the E3 stage in the form of a new trailer and an official release date of Aug. 10, 2018.

A new video revealed that the new Sanhok map would be coming in the summer of 2018, and the end teased a new location featuring a snowy environment coming in winter 2018.

A remastered version of the JRPG got a new trailer, coming this winter for Xbox One.

The Division 2 trailer and release date

Taking place in an all new location of Washington, D.C., The Division 2 brings the open world looter shooter genre. A staged gameplay demo followed a short teaser trailer. The game will release on March 15, 2019.

A new feature called Fast Start is coming to Game Pass. New games, including Forza Horizon 4 and Crackdown 3 will come to the pass on the same day as their global release. Other new games, like Halo: The Master Chief Collection, Ashen, Warhammer: Vermintide II, and more will come to the pass. Fallout 4, The Elder Scrolls Online, and The Division are now playable today.

Shadow of the Tomb Raider trailer

A new trailer for Lara Croft’s next adventure was revealed, showing off some story elements and beautiful graphics. The game releases on Sept. 14, 2018.

Sorry folks, it’s not Skate 4. But a new skateboarding game called Session is on the way with no release window given.

MMORPG Black Desert is coming to Xbox One in beta this fall.

In one of the bigger and most-exciting surprises of the show, Devil May Cry 5 was revealed. And yes, that’s old Dante at the end of the trailer. The game is coming in spring 2019 and will be a console launch exclusive.

A new character, Ms. Chalice, is coming to Cuphead in 2019’s DLC The Delicious Last Course.

An amazing art style highlights this game featuring a cute little fox as a main character.

An all-star anime fighter featuring characters from Dragon Ball Z, One Piece, Naruto, and Death Note? Sign us up. This looks insanely over the top and exciting for anime fans everywhere.

A sequel to the open-world first-person zombie game is coming.

The Battletoads are back. A teaser trailer didn’t show much, but it confirms that the game is coming in 2019.

A mobile Gears of War game is coming in 2019, but so is an RTS in the style of XCOM called Gears of War Tactics. More importantly, however, is the confirmation of Gears of War 5. The main character will be Kate from Gears 4, and the game is scheduled for 2019.

Phil Spencer took the stage at the end of the show, promising the ability to one day play games anywhere on any device. An on-screen image showed a smartphone with the Xbox logo on it.

The show ended with the biggest announcement yet as the stage was “hacked” to reveal the hugely-anticipated next title from Witcher developers CD Projekt Red, Cyberpunk 2077. It was first announced in 2014, but this is the first time it’s been seen since then. No release date or window was given. 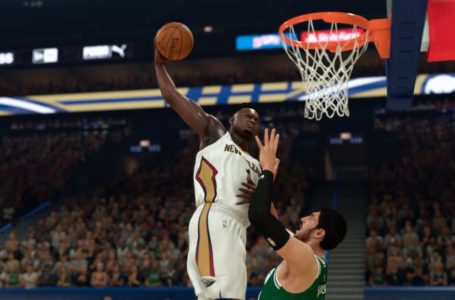 How to set a screen in NBA 2K21 MyCareer 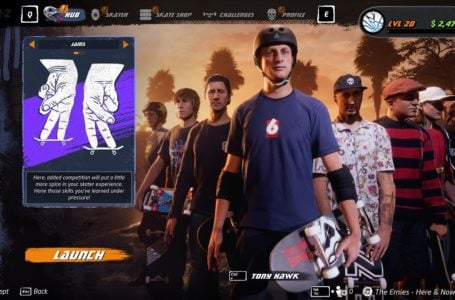 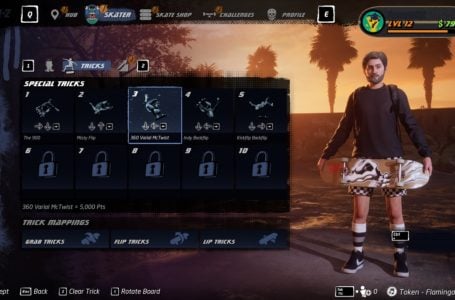 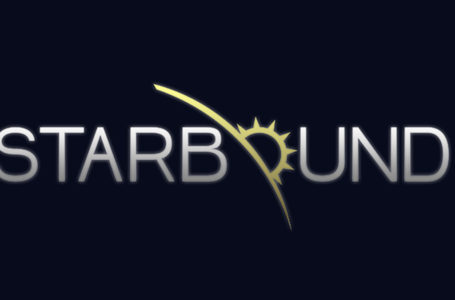