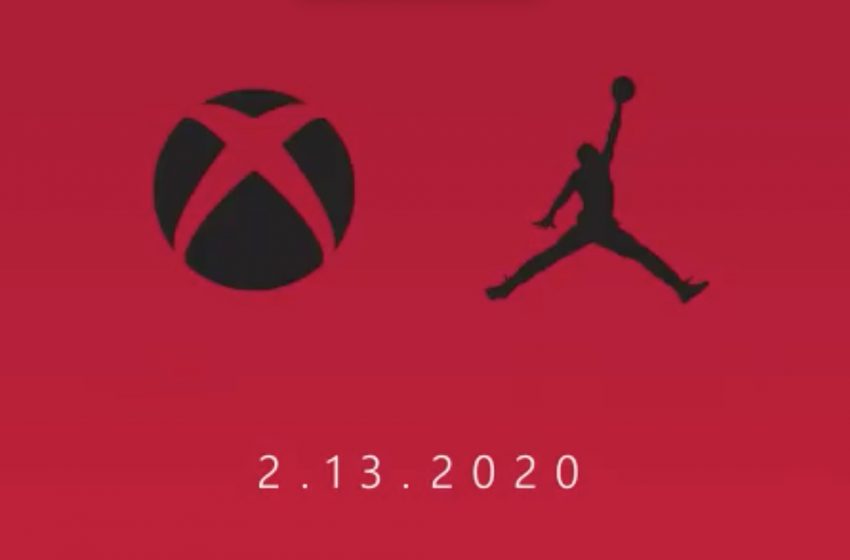 Microsoft has started to spin the rumor mill again with a new mysterious video posted on Twitter by the official Xbox page.

The video is only about eight seconds long, and it doesn’t show much. What we see is the Xbox logo spinning into the Nike Air Jordan logo, then both logos appear to tease an announcement coming on Feb. 13th. This, along with the caption “Redefine the game” are all we get from the tweet.

That’s it. It’s about as cryptic and mysterious as you can get, leaving the door open for it to be nearly well… anything!

We love analyzing and guessing about these things, so we decided to give you own ideas about what this collaboration could be:

With the release of the new console coming this year, it could be that the two brands are teaming up to create a special edition, or skin, for its launch. With the growing connection between esports and sports, there could be incentive to combine these two. Gordon Hayward of the Boston Celtics has been an outspoken fan of the esports world, with many other athletes being avid gamers, so maybe the two companies are trying to bridge that gap even more? And what better way to do that with a slick new console skin?

Other than the name being inspired by one of the greatest basketball players of all-time, the Air Jordan brand is known for its shoes. The company has been making high-quality shoes for decades, and maybe we are about to get some Xbox-themed shoes to rep out on the street? We have no idea what these shoes could even look like, but perhaps the predominantly red coloring of the video hints at red shoes? Again, this could be an attempt by both companies to bring esports and sports together in new ways, and giving people a cool new pair of shoes would be a pretty awesome way to do that.

Even though the market of basketball games is already saturated with two major series, NBA Live and NBA 2K, there is still an opportunity to create something a little less realistic. They could be making their arcade-style of basketball games; think something like NBA Jam. Given that this announcement is coming with Xbox, if this were to be accurate, it would be safe to assume it would be an Xbox exclusive, perhaps an exclusive for the launch of their new console? Tin foil hats can be put on now.

This one is a little less likely, but it is still something to think about. The tragic passing of the NBA legend has sent ripples across the world, including in gaming. This collaboration could be hinting at something to honor the late basketball star. We have no idea what kind of shape or form this could take, but Bryant’s passing is still the most significant news recently related to basketball, and we are pretty sure that is what this collaboration will be about in some way. The companies could be working to give Black Mamba another tribute in his name.

The possibilities are just about infinite, and we will have to wait until Thursday to know for sure. Until then, keep those theories coming and don’t let that rumor mill slow down.