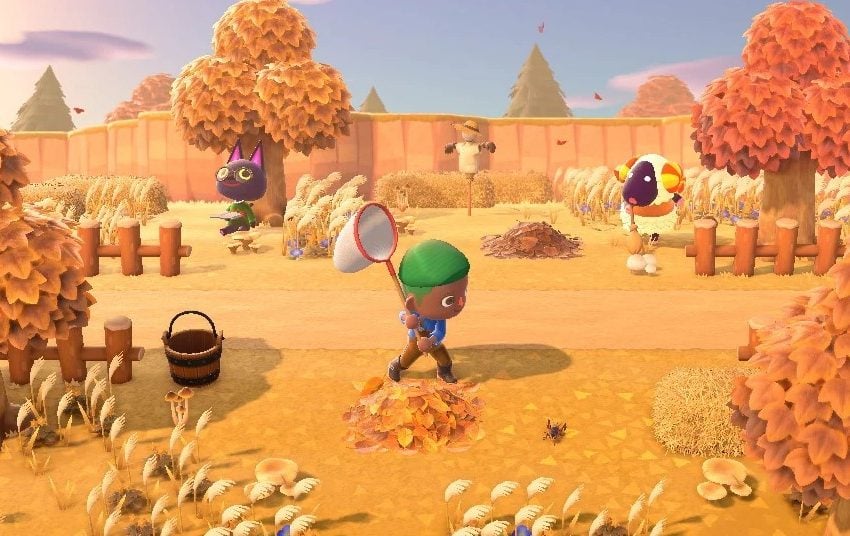 In Animal Crossing: New Horizons, you’ll be able to choose what your island looks like when you first start the game, with the Northern and Southern hemispheres able to decorate the island in the season’s natural features.

During the Animal Crossing Nintendo Direct, it was announced that the game is split into the two hemispheres, and both have different seasons at different times. This means that depending on how you want your game to look, you can pick your season’s look of choice.

Each season will have a different set of characteristics that set it apart from other seasons. For example, the trees and the fields will be covered in snow, with a much higher chance of snowy weather in the Winter, while Autumn will bring you more chance of rain and trees with browning leaves, with players able to collect the leaves fallen during the season. Summer weather is more sunny, while Spring has fresh air and fresh surroundings as everything begins to grow again.

Animal Crossing: New Horizons is due for release on March 20, and it’s the first mainline Animal Crossing release since the launch of New Leaf in 2013 on the Nintendo 3DS. Announced back in 2018, the series has had a cult following for many years, with its colorful cast of anthropomorphic characters, all offering unique personalities, activities that you can perform, and gifts that can be exchanged.

With the new seasons and the choice of what hemisphere you can join to start your adventure, it means that players have greater freedom to choose how they start their island adventure.