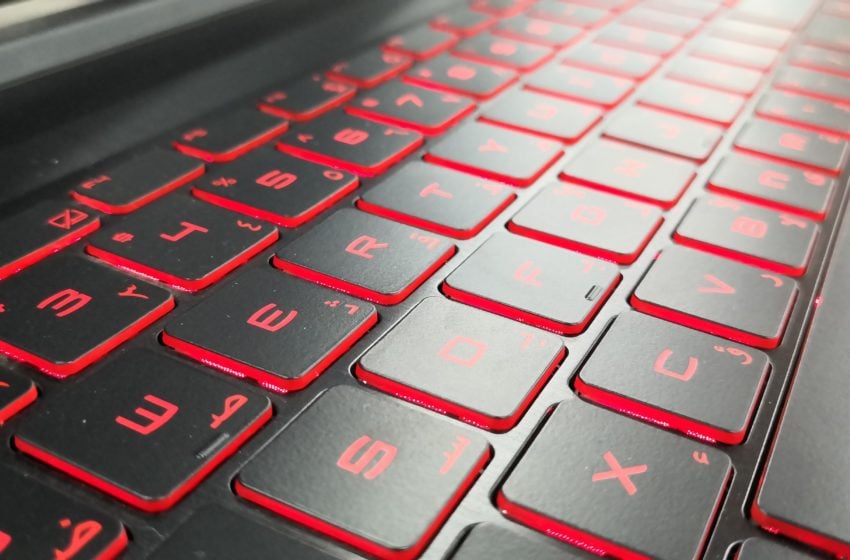 Gaming laptops have come a long way. They’re no longer filled with inferior technology with lower specifications. Their technology may differ from gaming computers, but it is powerful and compact. Gaming laptops can rival their desktop cousins in terms of price. Laptops offer advantages that giant desktop towers don’t: compact, space-saving, and mobility.

There are a lot of gaming laptops available at a variety of prices. Higher priced laptops will have higher-end parts, offering better overall performance. Lower priced laptops sacrifice some quality, but they are still capable machines.

What constitutes the “best” is down to opinion. There is an entire subreddit dedicated to looking at the quality of the machines. We’ve compiled a list of computers based on specifications. Sometimes brand plays a role, while most of the time, it’s just the quality of the parts in the case.

The list is organized roughly based on price. There is a lot of overlap, and base prices of the most expensive models may be less than advanced versions of other models.

Alienware is Dell’s attempt at gaming machines. The brand is hit and miss with a lot of players, providing mixed opinions. There is no denying that the machines have very good specs, but are not often executed well. We had a brief run-in with one of the desktop models that ran as loud as a jet engine while doing basic internet browsing.

Alienware’s computers are good, with good quality and a big brand behind them. Plus, they have some really nice aesthetics, which differ from the usual black RGB options that litter the gaming world.

The M17 R3 is an expensive model that has the parts to back it up. It’s a powerful machine with a 10th Gen Intel i9 core, an RTX 2080 Super, and 32GB of ram to start. It also offers some interesting storage options with a 4TB SSD boot drive and extra 512GB storage. The SSDs installed will make the device responsive and quick. The M17 R3’s vapor chamber will help cool the computer and manage the temperature.

MSI is climbing the ranks with their computers. The latest powerful model to come from the brand is the GE66 Raider. This is one of the best laptops available based on specs alone. It features an 8-Core 10th Gen. Intel i9 processor, 300Hz display, new Cooler Boost 5 technology with wider pipes, and larger fans for both the GPU and CPU, built-in streaming capable camera and a couple of graphics card options. The options range from an RTX 2060 to an RTX 2080 Super. All graphics cards options are strong contenders and, paired with that i9 processor, will run most games with high graphics. It’s a lightweight machine at only 2.38 kg (5.25 lbs) and 23.4 mm (0.92 inches) thick.

Acer likes to have variety. The Predator Helios 300 has an impressive range of graphics cards, and all models have Intel i7 processors. The lowest cost model has a GTX 1660 Ti and 8GB of RAM. Meanwhile, the most expensive model has an RTX 2070 and 32GB of RAM. All models have a 17-inch display with full HD capabilities. These are on the heavier and larger side for laptops but offer a decent variety of cost options for their quality.

This sleek looking computer is Razer’s largest laptop model. The first version was released in 2017, and they’ve only improved since then. The latest model has two options, one more expensive for a slight improvement in only some areas. The base model comes with an HD LED display that reaches up to 300Hz refresh rate, beautiful RGB color options (as we’ve come to expect from Razer products), 16GB of RAM that can be upgraded to 64GB, and a powerful 9th Gen Intel i7 core processor. Buyers have options for their graphics cards. Choices range from the RTX 2060 all the way to the RTX 2080 Super with Max-Q design. All of these are amazing cards, especially on a laptop.

That is just the base model. The upgraded one isn’t that much of an upgrade unless buyers are really into 4K HD. The main difference, other than price, is in the screen. Instead of the 300Hz screen, this model has a 120HZ touch display. That might seem like a downgrade for some, but 120 frames is more than ideal for gaming. The 4K HD model also comes with a 2080 or 2080 Super for graphics cards and more storage space (1TB vs. the base 512GB).

The HD and 4K HD models are 17.3 inches in size, so don’t expect a size upgrade with the display. When closed, it is just under 20 mm (0.78 inches) in height and weighs only 2.75 kg (6.06 lbs). It is a lightweight and powerful laptop that is more than capable of handling any game thrown its way.

Eluktronics might be a surprising addition. It’s not a common brand, and that might make potential buyers hesitate. Its name is slowly rising in the ranks of gaming laptops. The MAG-15 is a good competitor to the higher end PCs, featuring a 15 inch 144Hz HD display, i7 processor, and a variety of graphics cards and RAM options. One of the best features of these models is the RAM choices, starting at an impressive 32GB. Players will have no problem running games with that extra RAM, and even offers a model with an RTX 2070, 2TB SSD, and a whopping 64GB of RAM. It’s expensive, but that is an impressive series of specs.

Razer has a lot of good options this year. The Razer Blade Stealth 13 is an upgraded model from the first ultrabook of the same name. It’s more expensive than the Razer Blade 15, but for a smaller size and inferior graphics card, this might be a shock for gamers hoping to save some money.

The Razer Blade Stealth 13 comes in two varieties based on the display. The base model is the 120Hz display, while the upgraded model has a 4K touch display. Other than the display and weight, there is no difference between the two models. Both have a Quad-Core 10th Gen Intel i7 processor with hyperthreading, the GTX 1650 Ti with Max-Q, and 16GB RAM. This graphics card is a quality one but will be outshined by both the Razer Blade 15 and the Razer Blade Pro 17’s 2060s and up.

The Razer Blade 15 is the Razer Blade Pro 17’s smaller, younger sibling. It’s the middle child of the three Razer laptops that is neither compact enough like the Razer Blade Stealth 13 nor as powerful as the Pro 17. It also is the lowest price.

None of this makes it a bad computer. Its specs are very good with a 6-Core 10th Gen Intel i7 and RTX 2070 in the base model. The advanced model offers an 8-Core processor and 2080 Super. The display also improves from a 144Hz HD display to 300Hz or an OLED 4K touch screen option. The advanced model’s vapor chamber cooling might help keep the model cooler under load than the base model’s heat pipe.

The Razer Blade 15 is a good computer and, at base price, is cheaper than its siblings, making it a potentially better value for the parts.

ASUS machines don’t get enough love. They often walk the line between price and graphics. There are a couple good ASUS models available, but the ROG Zephyrus is on our list for quality, price, and even size. This 15-inch model has a powerful 120Hz LED backlight display, AMD Ryzen 7 processor with four cores and eight threads, 16GB of ram, a 512GB SSD, and a GTX 1660 Ti.

The graphics card isn’t earth-shattering, but it will handle most games with decent quality. It’s a good competitor to the Razer line with similar specs, but much lower in price. For players that aren’t big Razer fans and don’t want to spend too much, this may be a good starting point.

The Acer Nitro 5 series has a variety of different, lower to mid-range budget models. Most of the differences are in the processor and graphics cards. The processors vary from Intel i5s to AMD Ryzen series. The majority of them are Intel i5s paired with GTX 1650 or 1650 Ti. Some models have AMD Radeon RX cards. Both options are good, capable laptops. The variations in specs make it harder to cover them, but they allow for a variety of budget options. AMD and Intel and NVIDIA all make good products. AMD brand products tend to cost less, but that doesn’t mean they have lower quality.

Almost all models are 15-inch screens with full HD capabilities (there is one 17 inch option). Some have 16GB of ram, while others will come with 8GB. Most games will require 8GB in their minimum specs. It is highly recommended to have at least 16GB to help prevent crashing or other gaming problems.

MSI’s budget-friendly model, the GF63 Thin series, follows the same ideals as Razer’s Stealth 13: compact, lightweight, thin bezels for a larger screen. The MSI GF63 Thin series is cheaper, with a larger screen and similar graphics cards, making it a good rival to the Razer version. The MSI GF63 Thin series is powered by 9th Gen. Intel Core i7 processors, NVIDIA Max-Q GTX 1650, and GTX 1050 Ti graphics cards for thin, fast, and quiet gaming, and a 15 inch HD screen. This computer also boasts a minimum of 7 hours of battery life, giving it a longer battery time than most of the other laptops listed here. This laptop has a lot of value for the price.

Whichever model you choose will depend on budget and brand preferences. There are many options available for a variety of gaming desires. Many dedicated gaming brands will pair well with their other gaming products and have software preinstalled for convenience. 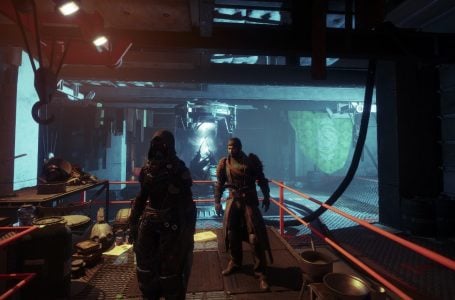 Destiny 2 Weasel Error – What Does It Mean? 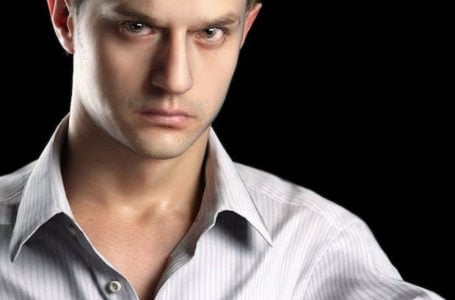 No, that picture of Ethan Winters going around the internet isn’t real