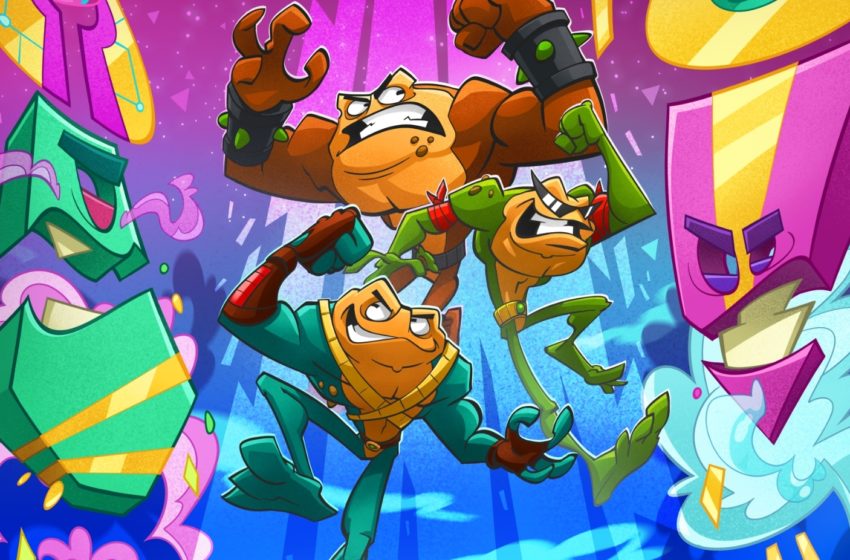 Even though I was born after the original Battletoads released for the Nintendo Entertainment System in 1991, I remember well the legend of the game that had some of my older friends pulling their hair out. And as someone who still loves ’90s cartoons, campy writing, and over-the-top, senseless action, the new version, out for Xbox and PC, hooked me right from the opening cutscene.

For fans of the Battletoads who have been dying to play the first new game in the franchise in 26 years, Dlala Studios and Rare have delivered a pretty good new entry that enhances the charm of the original. If you are walking into this expecting a challenging beat’em up with some new mechanics, Saturday morning cartoon-style visuals and story elements, and fun (if repetitive) combat, Battletoads is the game for you.

Toads in the hole

As someone who loves to see new takes on the sidescrolling beat’em up genre, I was a little disappointed to run through Battletoads and feel like the game was constantly trying to be difficult just for the sake of living up to the original. The gameplay itself feels very fluid, but the individual ways the game wants you to use each ability feels very forced.

You play as one of three toads: Pimple, Rash, and Zitz. If you are solo, you can freely swap between all three using the d-pad, and once one is knocked out, you will automatically rotate to one of the remaining characters who is still ready for action.

Out of the three, Pimple is the only character who feels like he has a notably different playstyle, with his heavy punches excelling at dealing with enemies once you have their patterns down. Zitz and Rash both feel similar outside of a few special combos, so when a lot of enemies are on the screen at once, you can just pick the one you like better.

And speaking of enemies, once you reach later stages of the game, you will be manically dashing around, just hoping to avoid projectiles as you try to clear each screen. Fighting more than five or so enemies at once can feel overwhelming due to the lack of invincibility frames on special finishers, like Pimple’s ability to morph into a sarcophagus. One hit will knock you out of your combo and take away a good portion of your health.

It is also frustrating that most attacks will only work in a single direction, even if it looks like it should hit more enemies. Thankfully, that doesn’t take away from how good it feels to pull off some of the insane combos, which all look fantastic.

In a general sense, the action in Battletoads is very fluid, but it doesn’t stack up to other recent beat’em ups, with Streets of Rage 4 coming to mind immediately as one that outclasses it.

All of the levels seem like they go on just a little too long, with the exception of the boss fights, which are very well-paced. This applies doubly to the hoverbike levels, because even though beating those levels feels great and the difficulty is fair, they last longer than they have any right too. Repetitive gameplay is the bread and butter of beat’em ups, but the pacing is the thing that made me feel bogged down toward the end of each longer stage.

Except for a few levels, you won’t find many reasons to complain about the difficulty, especially since you usually have a generous amount of checkpoints to warp back to if you crash and burn. Having an entire screen full of enemies can quickly overwhelm you, but you can usually manage the harder layouts in one or two tries.

Most of the mini-games, like the little hacking puzzles and Toad Shambo, a custom version of Rock Paper Scissors using toasters, instruments, and puppets, are pretty fun additions that help space out the longer levels. Though you will probably get annoyed at least once when you keep throwing Toaster and get beaten by a toad puppet.

While the gameplay might not be the greatest, the presentation of the story makes up for that in spades. If you are a fan of cheesy ‘90s action cartoons that play a little too far into self-awareness, this will likely be the highlight for you too.

The writing, while at times a little over the top, hits a lot of the time — especially for the main characters. That applies for the voice acting too, as Pimple, Rash, and Zitz all feel like they come straight out of the early days of video games, with stilted dialogue and pacing that’s just a little off. While normally that would be a drawback, it feels right at home with the vibe this game is going for.

Without these breaks in repetitive sidescrolling action, Battletoads would have been a much bigger chore to go through, but I found myself genuinely looking forward to each intermission because I got to see just what bad puns, ‘90s stereotypes, and new interactions would pop up.

The animations in the game, whether in the cutscenes or while playing, are all very fluid and nice to look at. This applies to the general art style for the entire game, as the backgrounds, characters, and other aspects are all simplistic but very well done.

Battletoads is a franchise that deserved to make a comeback after being on the shelf for so long, and the combined efforts of Dlala Studios and Rare resulted in a solid game. It isn’t going to be something everyone enjoys, but it is a fun nostalgia trip that isn’t afraid to try some new things and make fun of its source material.

And on the plus side, almost all of the problems I had with the game (outside of the level length) are likely a non-issue for anyone playing with a friend or two. It feels like this game was meant to be played with a full party rather than solo, but I didn’t get a chance to do that during the review process.

If you can, grab some buddies, pick up your controllers, and smack down all of the enemies that try to stop you from helping Rash and the gang get back to their former glory… if the whole thing isn’t just a simulation again.