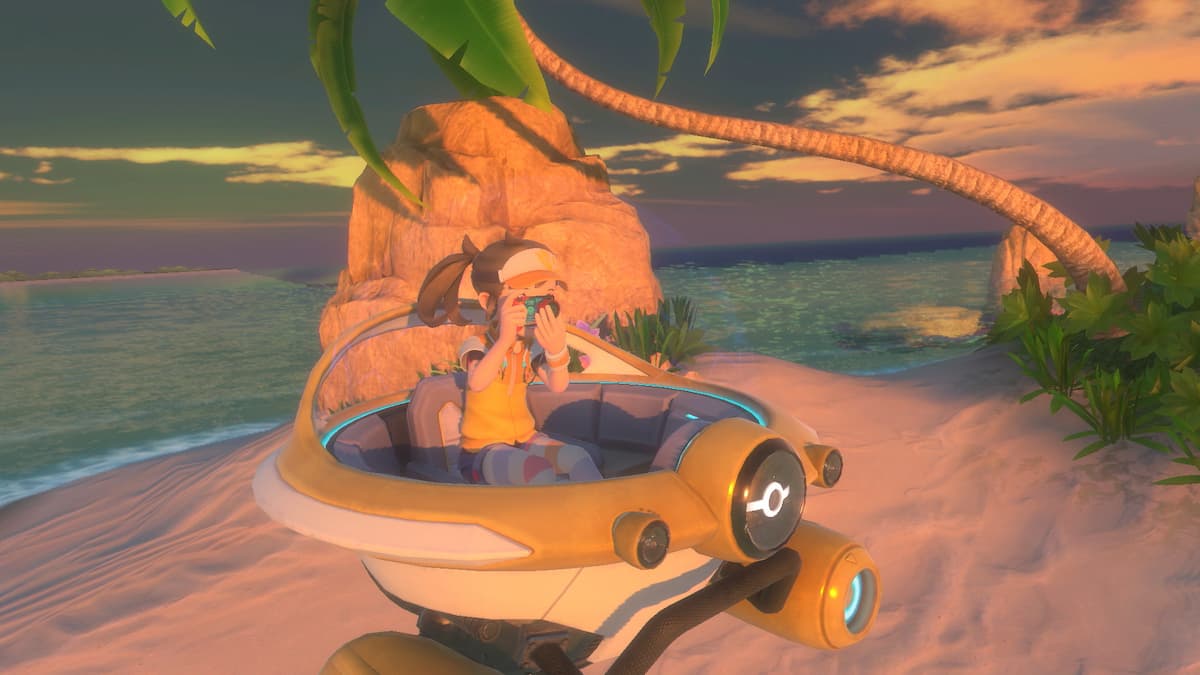 There are countless video games designed to bring simple joy to players, usually with adorable visuals and relatively easy and relaxing mechanics. Even still, mainstream video games are obligated to include objectives and a sense of challenge, often to a point where you have to work and jump through hoops for some solace and a pleasant shot of dopamine. Enter New Pokémon Snap, the long-awaited sequel, and a game that has you grind to earn that wholesomeness.

New Pokémon Snap is undoubtedly a cute, friendly, and enjoyable game. Pokémon themselves have never looked better in a video game, and witnessing them behave in their natural habitat with HD graphics and detailed animations is a new novelty that any fan of the franchise can appreciate. It’s accessible enough that it isn’t too difficult to reach those precious moments you may be seeking, but I wouldn’t call it a walk in the park — it’s more like several walks through the same park.

The gameplay of New Pokémon Snap is repetitive, and how you take to it depends on your capacity for patience and how detail-oriented you might be.

Blinded Me With Science

It’s important to realize that this is not some casual photography class — like the Nintendo 64 classic, New Pokémon Snap is based around a scientific research expedition. Instead of capturing monsters, you’re capturing moments in an environment full of lively Pokémon and away from human civilization. As a silent protagonist, you’ll be working for Professor Mirror in the Lental Region (not “lentil,” as my chaotic brain kept reading), presumably as some sort of unpaid intern to exploit. Throughout the Lental Region are biomes that you’ll explore through the slow-moving NEO-ONE hovercraft — while in this moving pod, you’ll take photos of the Pokémon in the surrounding area.

Professor Mirror’s scientific mission is to explore something called the Illumina phenomenon, which causes Pokémon and plant life called Crystablooms in the Lental Region to produce a colorful glow. Each biome will feature Crystablooms to record along with the Pokémon themselves, and there are a handful of Illumina Pokémon to photograph that essentially act as the equivalent of boss battles. At the end of every level, you will choose one photograph of each Pokémon or phenomenon you took a picture of for Professor Mirror to evaluate.

It may be difficult to accustom to how this premise gamifies nature photography, as Professor Mirror will give each photo you present a numerical value. These evaluations are based on the subject’s position in the frame, which direction they’re facing relative to the camera, their pose, background, other Pokémon present in the photo, and probably the most important, the size of the Pokémon and how much space it takes up in the frame. This is the basis of progression in New Pokémon Snap, and to be quite frank, it started to become grating.

It’s a Pokémon World After All

Because of how progression works in this game, you will be playing through the same levels repeatedly. Each course has an Expedition Points meter, with your points from Professor Mirror’s evaluations filling up that bar. You will level up these courses, which will then let you replay a new variation of that course and progress you to the next locations for the story. And it’s well and good if you take good enough pictures to level up in one go — but prepare to reach points where you are a sliver away from leveling up after one run-through, and you’ll have to play through that course yet again to grind XP.

It wouldn’t be as frustrating if courses weren’t so sluggish to get through. New Pokémon Snap is inherently slow to provide you with opportunities for photo-taking, and the NEO-ONE takes its sweet time like you’re on a theme park ride. Even with a turbo function late in the game, it’s a slow crawl, though the frustration mostly comes from replays for grinding purposes — assuming you didn’t miss anything big in your previous runs, you’re probably just attempting better versions of the pictures you already took to bump your numbers up.

Fortunately, New Pokémon Snap is undoubtedly pleasing to the eye. This is the best-looking Pokémon game on the Nintendo Switch, next to the Switch port of Pokkén Tournament, a title that New Pokémon Snap developer Bandai Namco is also responsible for. Compared to the sometimes barren and mostly underwhelming visuals of Pokémon Sword and Pokémon Shield, this photography game is full of dense, lush, and colorful environments that feel quite lived in by these creatures. Pokémon animations have never been more energetic — you’ll notice Pokémon interacting with each other, almost like scenes for you to capture. But you’ll have to interact with Pokémon as well to get the best photos, usually by scanning, throwing fruit, or blasting out a music tune — I’d say you’re disrupting the ecosystem, but this all seems on par with how humans already treat Pokémon in this universe.

Look at this photograph

Besides tossing objects at the environment, the only real camera mechanic is the zoom functionality. There’s only one zoom level, so there’s not much room to adjust the frame other than positioning, so you have to make sure you’re at the right distance if you want your photo to be framed as you want. With all of the activity happening so quickly in front of you, and with a full 360 degrees to look around, chances are that you’ll miss some stunning or charming moments. That adds to the replayability of these levels, and hopefully, you’ll be better prepared to capture scenes like a Braviary flying ahead at high speed.

There are scenes like that in every course — spot a pack of Houndoom chasing a poor Furret, or a Wailmer and a Qwilfish facing off in a tense standoff. You’ll be bookmarking these events in your head for later, and while the grind can get tedious, you’re sure to get determined to not only catch those scenes but take the best possible picture of them. This essentially turns New Pokémon Snap into a game of trial and error, and you’ll find yourself annoyed when you just barely missed a photogenic moment, as you can’t turn your NEO-ONE craft around — you’re on a set path on rails. Still, save that moment for the next run.

After each course, you can save several photos for your album, and you can even re-snap photos, even if it doesn’t have any repercussions on gameplay or your Expedition Points. Because in the end, you just want to have some nice photos to share with your friends, even though the online functionality is not as robust as we’d like it to be. You can check photos that other players have uploaded, with custom captions and a set of filters and other goofy visual elements to add as well — but there isn’t a comprehensive search functionality, and even finding photos from your Nintendo Switch friends isn’t very easy or obvious. And if you want to share your photos online, you’ll have to do with the Switch’s internal social media and contrived methods of exporting to your computer or phone, which will take way too much time with your massive photo collection.

Don’t expect a game that will respect the rule of thirds, or the golden ratio, or anything you might have learned about real-life photography. Professor Mirror wants the Pokémon front and center, looking at the camera, appearing big on the frame, and probably doing something interesting. But the quantitative aspect to the quality photos is what makes New Pokémon Snap baffling at some points — you might compare two similar photos, but differences in pixels and calculations will make one photo somehow objectively than the other. It’s hard to discern what makes a one, two, three, or four-star photo of a Pokémon doing an interesting action when sometimes the difference is just a few inches and a few seconds.

When all is said and done, despite any grievances with how progression works in the game, you will come out of each level with some photos you are genuinely proud of. Each course has its share of fascinating or sweet photo opportunities, and the grind is worth it just for those. If only Professor Mirror could just stop judging you and just leave you alone.