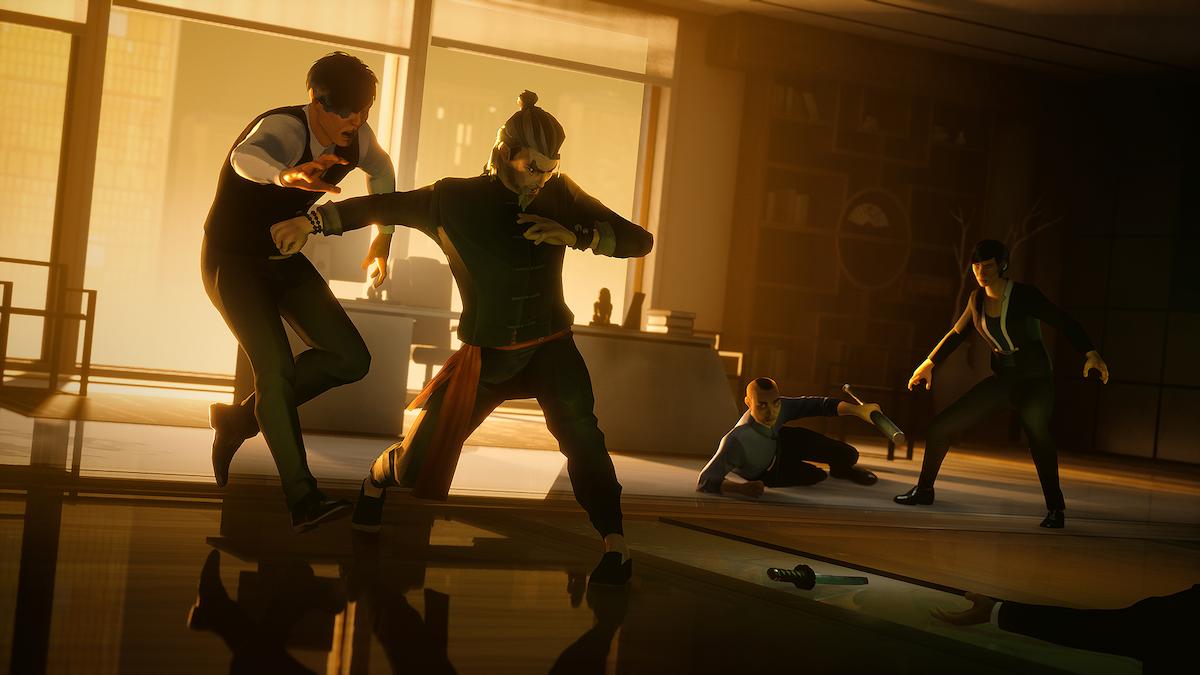 Sloclap put itself on the map with martial arts-themed action RPG Absolver back in 2017. Four years later, the company has delivered Sifu, a 3D brawler that’s cut from the same cloth, but boasts an entirely different pattern. Sifu is a much tighter, more linear experience that’s focused on mastering your craft: the game’s kung fu fighting style. It’s incredibly gratifying to play, as every encounter is a fast-paced, dynamic fight for survival.

As thrilling as Sifu can be, it can also be quite frustrating. The game does not pull any punches; it has a dauntingly hard difficulty that, unfortunately, will almost certainly ostracize some players just looking to whoop some virtual butt worry-free. That said, if you can roll with the punches the game will (figuratively and literally) throw at you, you’ll find a visually stunning, mechanically-sound brawler that delivers a wonderfully poignant message about revenge.

Sifu’s biggest draw is its focus on hand-to-hand combat. The main character’s fighting style draws heavily from kung fu — specifically the Pak Mei style. On the topic of the game’s influences, Sifu is obviously inspired by the large-scale fight scenes popularized by Chinese cinema. Additionally, its story regularly ponders on Wude (an ethical system present in Chinese martial arts) and also features various mystical elements and artifacts commonly associated with Chinese culture, such as resurrection, magical talismans, and dragons.

The game has a very apparent fascination with Chinese culture, or at least the parts commonly exhibited in mainstream western media, but I’m not entirely convinced it necessarily respects the culture it’s drawing from. The game was developed by a studio comprised of mostly white people; it’s been reported that not a single person of Chinese descent worked on this game. Keeping this in mind while considering the studio’s decision to send out press kits filled with generic items you’d find at an American-owned gift shop in your local Chinatown, along with the game’s Twitter account actively promoting the Lunar New Year, it certainly feels like Sifu is more meant to appeal to western sensibilities of Chinese culture — the large-scale fights, mystical elements, “fancy” tourist souvenirs — rather than deliver an authentic product made with input from those who are an actual part of the culture, which means that the game will almost certainly rub many people looking for that kind of experience the wrong way.

It’s truly a shame, because devoid of its stereotypical stylings, Sifu’s core gameplay is pretty solid. Like any real-world martial art, it requires a good amount of both practice and patience. You can’t just button-mash your way to success. This makes every combat encounter feels like a dynamic puzzle with several constantly changing variables. Does my opponent have a weapon? Are they situated near a ledge? Is there a bottle around I can throw at them? Answering these questions in real-time feels rewarding, and the game gives you so many offensive options to work with that any one encounter could have a near-limitless number of solutions.

The depth of Sifu’s combat only increases as you earn XP and unlock new skills, all of which feel like substantial additions to your moveset. These skills can range from hard-hitting special attacks to defensive maneuvers, such as counters. Most of them are fairly easy to use, and they can be worked seamlessly into your existing combos, allowing you to experiment with them without having to deviate from your preferred playstyle too much.

The game truly comes alive during its boss fights, which are all brutal, albeit fair, skill checks. What’s more, they each call for a different kind of strategy. The encounter with the brutish Sean requires you to employ evasive maneuvers, while the fight against The Leader calls for constant counterattacks and generally more aggressive play. I felt pretty frustrated upon my first encounter with each boss, as these enemies are among the hardest in the game. But once I eventually came out on top, I felt a genuine sense of reward, like I had just passed some sort of milestone.

However, while I was motivated to keep retrying boss battles until I won, I can easily see a lot of people bouncing off of Sifu because of these devilishly difficult encounters. The game doesn’t have any selectable difficulty levels or modifiers, meaning that the only way to progress through it is to “git gud” enough to defeat each boss. As someone who gets a kick out of hard games like Dark Souls and Ninja Gaiden, I had a lot of fun gradually getting better, but I have to admit that Sifu doesn’t exactly seem interested in servicing those who just want to experience it for its story or stunning visuals.

While Sifu is quite difficult, it does grant one key concession: its controls are pretty simple. You won’t have to worry too much about messing up combos here, given how uncomplicated they are. None require more than five total inputs. Even if you mess one up, all of the game’s attacks still work pretty well with one another. In my experience, I found that my mis-inputs would sometimes result in the accidental discovery of a highly effective combo that I would then try to replicate going forward. If you find any of the controls confusing, the game also features full button remapping as well, allowing you to fine-tune your controls.

Fighting for your lives

One of Sifu’s defining traits is that its protagonist can resurrect themself upon death at the cost of their youth. This mechanic is a double-edged sword. The most immediate impact it has on gameplay is that it gets you right back in the action, as you’ll respawn exactly where you died with full health. You can even do this during boss fights, which partially alleviates the aforementioned concerns over these difficult encounters. From an aesthetic standpoint, your character will become notably more gray and wrinkled the older they get, which also factors into gameplay.

As you get older, you’ll deal more damage, but your total amount of health will also decrease. This created an interesting dilemma for me as I played. As in any other game, it’s preferable to avoid dying in Sifu. However, provided you could avoid/parry most incoming attacks, getting older could potentially make you a more capable fighter. More often than not, I opted to preserve my youth whenever possible, but knowing that I would receive damage buffs as I aged helped to soften the blow of death just a little bit.

That said, you don’t want to get too old in Sifu; your resurrective power runs out at age 70, and dying after this causes a game over. You’ll then lose any XP earned, as well as any skills unlocked — unless you’ve permanently unlocked them. Aging is yet another variable in Sifu’s dynamic gameplay that you have to account for. It makes the game a tad more forgiving, but not necessarily less tense. The age mechanic also adds a great deal of replayability, as you can challenge yourself to replay the game’s story while staying as young as possible.

Sifu casts you as a once-orphaned individual on a journey to kill those that murdered your father. At first glance, the game presents itself as a run-of-the-mill revenge quest, but what really surprised me was how the game handles the concept of revenge. Unlike other revenge-driven games, such as The Last of Us Part II, Sifu opts to tell a more optimistic story about escaping the dark shadow of revenge, rather than succumbing to it, which I found pretty refreshing. At the same time, it puts forward that revenge is a complex desire, and doesn’t fault its characters for their natural, vengeful feelings.

The game also uses stunning visuals to help tell its story. The entire game boasts a vibrant color pallet that makes it look just as good as it plays. Every level feels like a visual representation of its boss’ psyche, riddled with hidden details and lore entries that help flesh them out a little more. If you’re really interested in the characters, every level also has its own set of collectibles, all of which give even more insight into each of Sifu’s major players.

Sifu is a complex, albeit rewarding action game that packs one mean punch. It’s a little too hard for its own good at times, but taking the time to overcome its challenges can be pretty fulfilling. That said, the game is grossly drenched in exoticism, which kind of puts a damper on things.

If you’re in the market for a tough-as-nails 3D brawler that will truly test your game-playing abilities, it’s hard not to recommend Sifu. Just know that the game will not go easy on you. Just like real-life martial arts, you’ll need time and dedication to get through it, so make sure you have both of those resources handy before jumping in. 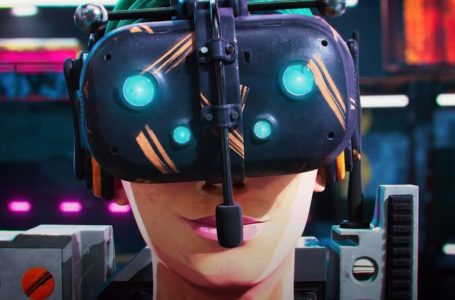 All pop culture references in Hyenas 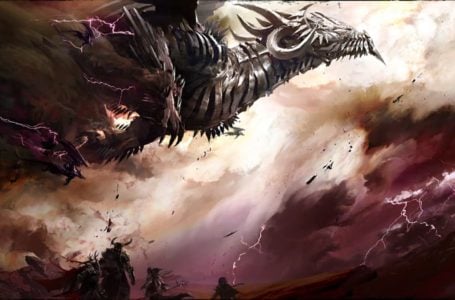 All upcoming changes to the core mechanics of Guild Wars 2, explained 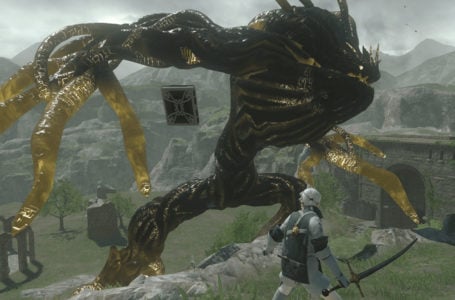 What was the color of the Lost Envy in Nier Replicant? Answered