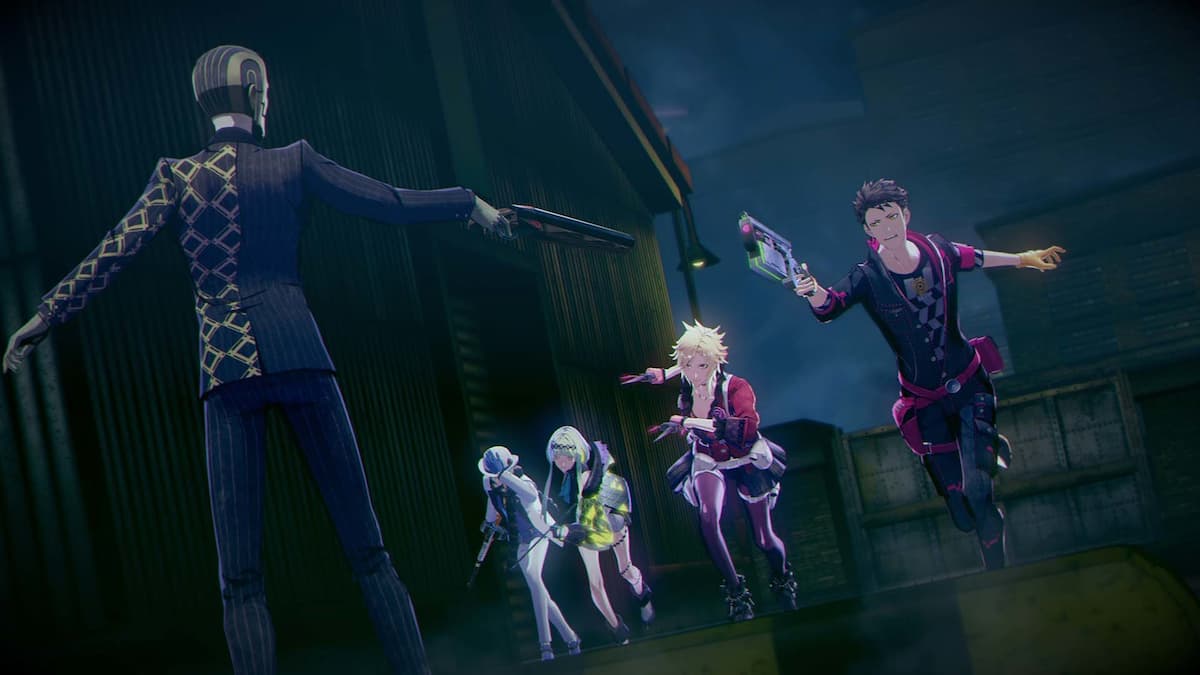 A decade after Shin Megami Tensei: Devil Summoner: Soul Hackers’ localization, which itself came 15 years after the original release, the niche subseries has returned. As the franchise’s first simultaneous multiplatform release, Soul Hackers 2 aims for broader audience appeal. Within this noble pursuit, Atlus has crafted a solid turn-based RPG that’s afraid to embrace its lineage.

Things are too comforting

Soul Hackers 2 doesn’t waste time getting into the meat of its bog-standard plot. In basic terms, there are two main factions – the Yatagarasu and the Phantom Society. The Yatagarasu are the noble devil summoning knights in shining armor. They exist to protect civilians from danger. By contrast, the Phantom Society is a cult that seeks to remake the world by destroying the existing one. This can only be accomplished by joining together the five covenants, which are spiritual manifestations that grant immense power to their covenant holders. There is also another group mixed in known as Aion, which is essentially an AI network that collects data on humans.

This is where protagonist Ringo steps in, taking on a corporeal form to intervene in the world’s destruction along with the help of some humans. You’ll spend the entire game attempting to thwart the Phantom Society’s plans. This antiquated set-up isn’t an inherent flaw. Other titles within the series feature basic plotlines with archetypal characters. They’re merely backdrops for the more esoteric elements. The connective tissue is where it falls apart.

This intensity is missing from Soul Hackers 2. Its near futuristic take on society is filled to the brim with sleek, lavish architecture and fashionable human beings employing normal speech mannerisms. Coupled with the generally high-energy soundtrack and archetypal characters that have little dimensionality, Soul Hackers 2’s vibes are indistinguishable within the sea of modern-day and near-future JRPGs.

Redeeming itself with solid gameplay

For all its soullessness, Soul Hackers 2 at least employs a solid turn-based combat system that’ll keep genre fans invested. Just like every other Shin Megami Tensei game, elemental resistances, buffs, and debuffs are crucial. A choice as simple as casting Sukukaja, which increases your party’s hit and dodge rate, can mean the difference between struggling through a normal encounter and getting by relatively unscathed. This extends to exploiting elemental weaknesses.

It’s entirely possible to demolish enemies many levels ahead of you by attacking their weaknesses. Likewise, you could find yourself sitting through a war of attrition if you aren’t paying any mind to resistances. Unlike so many JRPGs, Soul Hackers 2’s systems are designed to be used by everyone.

That’s not to say that Soul Hackers 2 is difficult. In fact, it’s among the most accessible Shin Megami Tensei games, not counting the modern Persona titles. With that said, it never devolves into auto-pilot mode. As long as you make use of its systems without too much grinding, you’ll enjoy one of the franchise’s most consistent difficulty curves throughout the roughly 50-hour runtime.

This combat system couldn’t exist without the stars of the show — the demons. You’re still able to combine demons and transfer some of the desired abilities onto a newly fused demon. These battle companions still gain experience points incredibly slowly past the first few levels. This has been a deliberate design decision throughout the series to push players into consistently recruiting and fusing demons. Resting on your laurels is impossible, forcing you to suffer the sting of losing trusty demons at regular intervals. Managing your demon stock and their abilities is one of the most engaging parts of the Soul Hackers 2 loop.

If you’re familiar with how Shin Megami Tensei works, then Soul Hackers 2 adds a new wrinkle by replacing the established press-turn system with a stacking mechanic. Every exploited weakness adds one stack to your party. A sabbath attack then automatically triggers at the end of each turn, with the damage dealt to the opposing side correlating to the number of stacks built during that turn.

Given its automated nature, it neither offers as much agency nor is it as deep as the press-turn system or even the All-out Attack special move from the Persona series. Even so, it’s an exciting system in its own right. For starters, you’re able to acquire upgrades that increase how many stacks build for each type of weakness. More interestingly, some demons can learn sabbath skills. These are additional effects that can occur during a sabbath attack.

For example, you might have a chance of poisoning every enemy after a sabbath attack or recovering party health proportional to the damage dealt. You’ll also eventually acquire upgrades that let you build stacks through other means such as initiating ambushes. This stacking system is Soul Hacker 2’s most successful new addition. Despite being made for less-experienced gamers, the player-driven upgrades and RNG element by way of the sabbath skills keep it exciting enough to stand on its own two feet.

Some of the game’s concessions for larger audiences, such as the stacking system, lower the skill floor while still remaining interesting. It’s a shame the same can’t be said of the overhauled demon negotiation. Soul Hackers 2 removes the long-standing ability to recruit demons during battle.

Instead, demon recruitment takes place during the exploration phase. At the beginning of every dungeon excursion, all recruited demons are sent out on reconnaissance. In practical terms, you’ll have a random chance of finding friendly demons at any point on the map with a range of interactions that can lead to being healed, acquiring items, or even getting money. One such interaction type includes demon recruitment.

When you spot the proper symbol overhead, talking to the demon in question introduces you to another demon that wants to join your party. There is no way of knowing which demon you’ll encounter ahead of time. Likewise, engaging in battles is all you can do just to increase your chances of spotting one of these interaction types within a dungeon.

The actual negotiation portion is where Soul Hackers 2 misses the mark. Recruiting demons used to feel special because there was so much to consider. Some demons would ask you a random series of questions, with the answers depending entirely on that specific demon’s personality type. If you successfully courted a demon, they might still ask for items — sometimes more than one type of item. Even after that, the demon could still decide to run away just because it wanted to. That’s not even getting into the moon phases and demon alignment present in some of the titles, which dictated how easy it was to court demons, or even which ones would respond to you at all.

Soul Hackers 2 removes all of this legwork. Every demon recruitment works the exact same way. The demon asks for a contribution of some kind — be it an item, health, or magic. If you say yes, it joins immediately after the first request. If you say no, it runs away. Soul Hackers 2 dilutes the franchise’s single most iconic element.

There’s also the introduction of light social sim elements, whereby specific responses during the main story can increase Ringo’s bond with her party members. Other requirements such as completing requests can also unlock hangout events at the local bar for more bonding opportunities.

These bonding points tie into the Soul Matrix, which is an optional series of dungeons that take place within each character’s mind. As your bond with each party member increases, you’re able to progress further through their Soul Matrix, unlocking character-specific abilities at major points. This is an interesting concept that never follows through. All three characters’ Soul Matrix dungeons feature the same scenery and color palate, making the entire system feel like a slog.

What’s with all the waiting?

Soul Hackers 2 has a loading time problem on current-gen consoles. The game world consists of a series of disconnected areas that you can teleport across at will through the world map. Expect load times upwards of 10 seconds on a PlayStation 5 on top of admittedly short loading times backing in and out of each store.

This is in spite of constrained locations that don’t look much better than Persona 5, which was itself developed with the PlayStation 3 in mind. Considering the frequency with which you’ll travel between locations and back to your safe house to heal up, this becomes a major roadblock. The amount of time I spent waiting almost made me want to give up on side quests entirely. Even loading a save file from the exact location you just saved at can take almost 15 seconds. The amount of waiting almost impedes any potential flow state you might otherwise find yourself in.

Soul Hackers 2 is lacking a lot of the SMT soul, namely in its atmosphere. In this respect, it feels like every modern-day JRPG on the market. The gutting of the demon negotiation system makes this homogenization sting even more. Its unusually long loading times on PS5 only add extra friction to the player experience.

With that said, Soul Hackers 2 is still a blast to play. It replicates many of the best Shin Megami Tensei fundamentals such as demon fusion and a combat system that heavily relies on buffs, debuffs, and elemental weaknesses. The new stacking system also adds a little extra spice to the proceedings. Considering how many games make these elements feel superfluous, this is an important achievement. 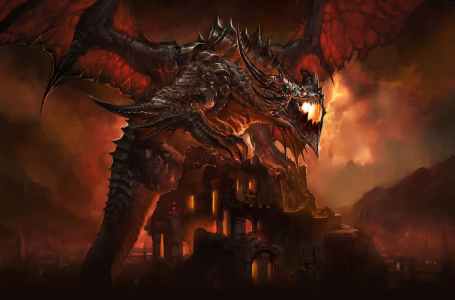 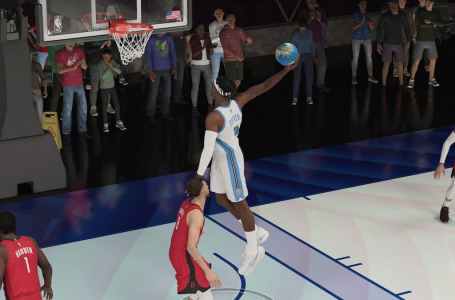