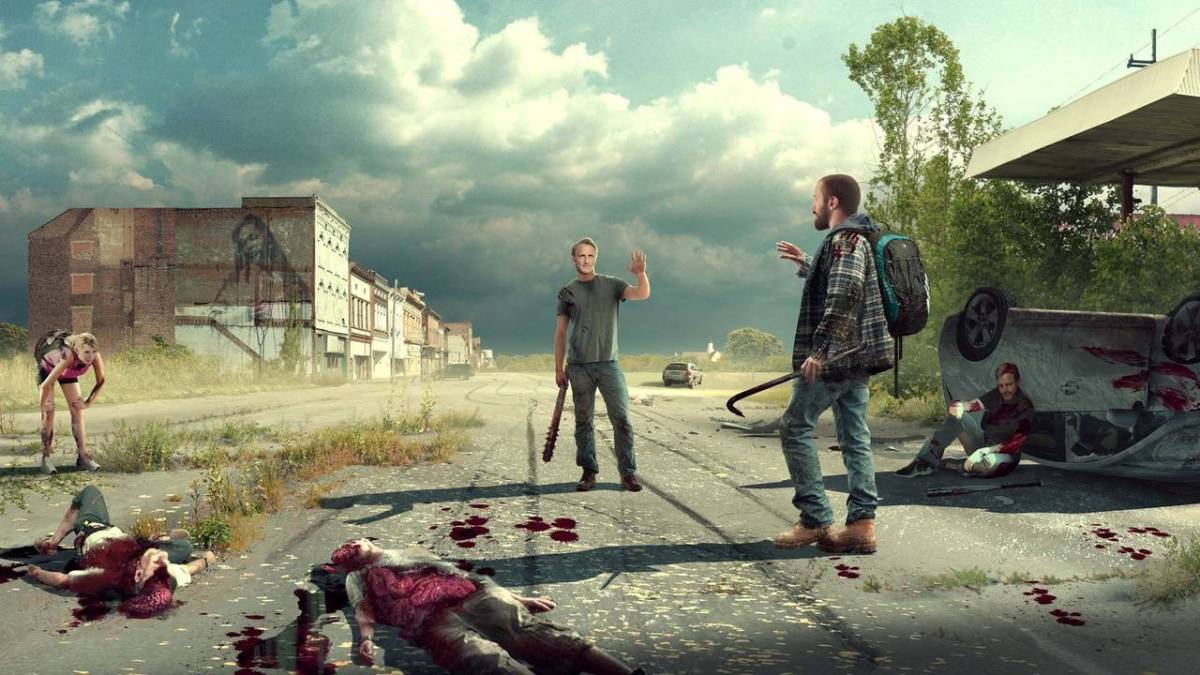 I’ve been playing a lot of State of Decay 2 lately, and I must say I find the game in a much better shape in comparison with the starting point of the original. The title is complete of all the different features and content that were implemented across the first SoD via expansions, and that’s a quite good stage where to begin from, although it renounces on a focused storytelling in order to offer an open plot for users to shape according to their preferences.

This means that each time you have a member of your base offering missions to complete, they’ll tell you something more about them and what they were like before the zombie apocalypse dropped on the world of State of Decay.

That’s a bold statement from Undead Labs, and one that will probably disappoint the ones among you seeking for a single-player AAA exclusive from Microsoft, but there’s a big difference between this and Sea of Thieves; in this case, you don’t have a narrative that’s built from the experiences you craft together with your friends alone, not only, at least.

The title for Windows 10 and Xbox One does indeed put something on the table for you to look for, to wrap it up and say “ok, the game is over now;” it features end credits, so yes, it might be lacking a proper story but at least you have something to look for, a serious target for you to try and reach to say you’ve done with this experience.

That’s something important in my opinion, for the way I like to play video games, although it’s ok and understandable that for many of you it’ll still be a bit too loose, vague, and simply not enough for your tastes.

While this is important, it’s sure enough not the full picture of what State of Decay 2 hopes and strives to represent for players around the world. It features a complete and believable simulation of a base management, which goes from the bigger things to the smaller ones. For example, you’ll have to be careful to details such as having a person in the base who loves to sing under the shower because you might have another relevant member of your crew that hates this behavior and might menace you to leave. Or, having one who doesn’t particularly love to work close to another who is overperforming might lead to internal fights, which will make the mood of your crew much worse and complicate the survival of the entire base.

It’s a pretty polished system that delivers much more believability to the fact that a group of people is all of a sudden forced to live together and has to face the everyday issues everyone else has in the world. On top of that, it is worth noting that the survival of your crew members doesn’t depend only on the fact that they have to be good at being together and at each other, but also on the relationship they will be able to have with other bases around the map of SoD 2.

This is another point where the title gets better in comparison with the original, as the explorable area is much bigger (the game has three different maps and each of them is bigger than the complete first game in the franchise) and much more vibrant. The game has a persistency component in it, as vendors will pop up and out of the map with times where you’ll find available to trade, and a system of alliances that will react based on your decisions to help, trade or do basically nothing, as other people outside of your base will also take choices to stay or leave or become aggressive to you in case you don’t respond to their help requests.

Interestingly, so, you’ll find yourself in the middle of fights with human beings based on your decisions, and at times being kind to other people won’t be enough. Survivors will always have a nuance in their character that’ll make it easier or tougher to deal with them, and that’s very important as it’ll lead you – often with the bless or denial of your crew members, who could react themselves to the way you deal with others – to modify your roadmap of intentions and deeds accordingly.

On top of this, the game is introducing a multiplayer component to what the original State of Decay already put on offer. Undead Labs was pretty cautious in approaching the matter, though, not introducing any kind of additional gameplay layer such as dedicated challenges or raids but only allowing people to play together.

While it’s something I value and care about, as I’ve been striving recently to find something as easy going and fun to play with my friends, the lack of focus on this aspect of the game is not to underrate, whether you’re deciding to buy the title or you’re called, like me, to give it a score.

It’s a matter of perspective on what SoD 2 should be doing, I guess, and of course it’s worth remembering you that this is a survival game that’s born out of the will to build a deep solo experience, that’s now being enlarged in order to make you play with your friends quickly and without any particular calculations on missions that are not part of single-player or anything else like dealing with special bosses or other stuff that would have required a deeper consideration on RPG-y elements.

It’s not multiplayer but it relies on the fact to deal with other people or AI: the relationship with the follower is somewhat complicated, as you can’t give them orders and will have to often see them waste your ammo since they’ll behave in the way they feel the less dangerous possible with the zombies around, and at points it’ll be frustrating to just trade items with them as you’ll be required to put the things you want to give them on the floor, leave your character, use them to free storage if needed, grab the thing you wanted to trade and return to your character. That’s definitely something they can smooth and I hope it won’t take a sequel to do it.

Talking about the technical side of things, you might’ve read about the state of the game as filled with bugs and glitches that could make your experience a difficult one or at least a bit unrealistic. It’s worth mentioning that I’ve been playing the game before its release and in the first part of my experience I’ve been dealing with issues such as zombies falling from the sky at my passage, freezes, visual glitches to doors, HUD disappearing and basically preventing me to keep playing, and more; this not to talk about the frame rate, which was constantly below the milestone of the 30fps and made it for a quite disappointing experience even on Xbox One X.

Luckily enough, UL released a patch before the launch of the early access with the Ultimate Edition and things got much, much better, so – while the game retains that something buggy you’ve been reading around – I have the impression many discussed the game before downloading the patch or anyway didn’t think it was that important to keep playing after it released.

Frame rate, for example, got much, much better and it only has noticeable slowdowns in the internal of the base or apartments, and in particular conditions of light. The HUD bug, which was the most important in my experience, also disappeared or at least I’ve not met it anymore. So, really, you don’t really have to ponder your purchase of the game based on the theory that it might be buggy.

In a minor part it still is but that’s not definitely anything you might have to look into before buying it. On top of that, it’s also nice to notice that the development team had now the resource and time to build a much better looking game in comparison with the original, thanks to the farewell to the 2GB Xbox Live Arcade limitation they had on Xbox 360, and, while the rural town theme is making things a bit repetitive after you start spending around 30 hours in the game, it must be noted that there are aspects of the game that are very, very enjoyable such as the solitude little neighborhoods give you when you pass by with your car or the delight at seeing bigger hordes and zombies’ bodies that get precisely tear apart from your attacks, both melee or based on fire weapons.

Finally, State of Decay 2 is a good game that lacks a bit of ambition when it comes to deliver certain things such as multiplayer and other core mechanics that could’ve been smoothed up. At any rate, it must be valued for what it is at the base: a game that is sold at $29,99 and, in the tradition of the original, will look into expansions in order to get bigger and more filled with content. It’s ages distant from the model of Sea of Thieves as it begins with a full slate of content you’ll enjoy for 30+ hours of gameplay, and one that persistent experiences should look at when it comes to defining a solo offer to start from.