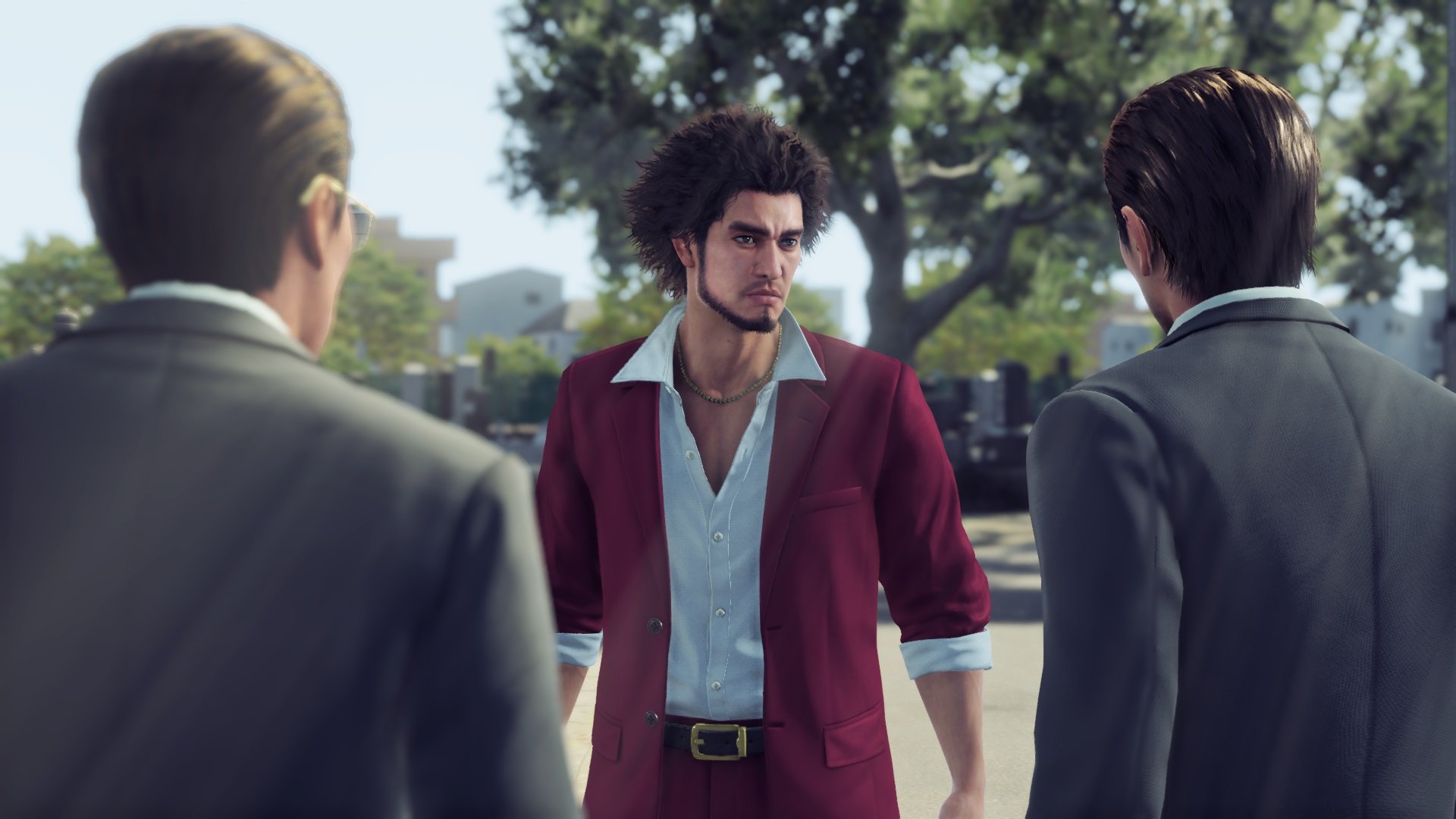 The Yakuza franchise, by Sega and Ryu Ga Gotoku Studio, has always walked a fine line between dark and gloomy, as seen in its main story about the Yakuza families of Japan, and downright goofy, like in its side quests, which can leave your ribs hurting from laughter. The development team continues to knock that balance out of the park in Yakuza: Like a Dragon.

This time, the team trades in the traditional format of an open-world beat ‘em up fighting game to become a JRPG with turn-based combat, party management, and job leveling. Despite the change, Like a Dragon excels in all the right places, even if parts of the JRPG element fall short.

Like a Dragon features a new main character to the Yakuza franchise, Ichiban Kasuga. His journey starts when he’s a 20-year-old low-ranking member of the Tojo Clan who is asked by his father figure and the family patriarch, Masumi Arakawa, to take the fall for a murder he did not commit in order to prevent a war with another Yakuza family.

Kasuga spends the next 18 years in prison, then reemerges in 2019 Yokohama and wants to reunite with the Tojo Clan. When he returns, he discovers the family has been dissolved and has joined the Omi Alliance of Kansai, a growing power in the city that seeks to control everything and to share no influence with other underworld powers or families. Arakawa had been involved in this transformation, shunning and nearly killing Kasuga upon his return.

Battered and beaten, Kasuga attempts to reunite with Arakawa to learn why he’s committed the things he’s done against the Tojo Clan. This takes teaming up with the homeless nurse Nanba, recently retired police officer Koichi Adachi, a Japanese brothel owner Saekgo Mukoda, and other characters. Kasuga learns about a growing conspiracy plot in Japan that has the Omi Alliance at the center of it, along with Arakawa.

There’s a lot going on in Like a Dragon’s story, and the main narrative tells an excellent tale that kept me questioning what would come next. The writers weave what appear to be minor details throughout the story, and then pays up when these details turn out to be major plot devices. None of it feels forced, or like it was made up just to ensure the plot all fit together. It’s all interwoven in thoughtful layers and fits in well with past Yakuza stories.

A change will do you good

The combat in Like a Dragon changes things up quite a bit from the frantic beat ‘em combat that favored players using hectic combos in past games. A majority of the encounters will happen while you’re wandering around Yokohama and a group of baddies jumps you on the street. When you enter combat, all characters walk in the small, defined location where the fight began, making it feel like the previous game’s beat ‘em up brawler, but there’s now a turn order, and you can choose how your party members react on their turn. They might use an ability, an item, a basic attack, or try to run away.

The combat is never overwhelming, and it never overstays its welcome. But unless you’ve gone out of your way to grind out a bunch of money, you will need to think carefully about your party format. You need to consider what jobs your party members have, too, because you’ll likely want a balanced team: a heavy damage dealer, a tank who can taunt enemies, and someone who can use spells and skills to do special damage to particular enemies.

The gameplay encourages and rewards you for successfully planning out your party, and while fluid, it can get difficult. Some players may need to spend time grinding up a new character’s job to make sure they keep up with everyone, especially if you change partway through the game.

But why have the drastic change in the first place? The narrative explanation is because of Kasuga’s overactive imagination and his love for the Dragon Quest RPG. He enjoys it so much that he sees himself as a hero from that game, so he imagines the world around him as an RPG. It’s a good, loveable excuse to shift the combat away from the traditional format, and the Yakuza team mostly succeeds in trying something new.

There are dozens of side quests for you to do as you progress through the main story, and these unlock as you reach each chapter. In the traditional Yakuza formula, these side quests don’t always share in the same gritty and dark storytelling that the main plot holds, instead redirecting the focus to a playful and unusual tone.

It can sometimes be jarring. For instance, after wrapping up an intense plot point where you reconcile with your group about someone who took their own life, you then find yourself helping a stranger covered in bubbles reach a clothing store before all of the bubbles pop.

These little adventures encourage players to explore and learn more about the people of Yokohama, humanizing the experience, and there’s a lot to do. There are small interactions, from providing hot kimchi to random strangers who need a speed boost to saving a crawfish from a hungry homeless man to helping a struggling business survive and turning it into a corporate empire. Kasuga even finds a challenge system where he can grow into the proper hero he always envisioned himself as being.

Yakuza: Like a Dragon changes up the gameplay and genre of the long-running series, but not too much for it to ever feel jarring for the diehard Yakuza player. The combat can be pretty intense and requires players to formulate a proper plan before diving into the content or face the hard work of having to grind levels and money.

Even if the grind can feel a little hefty, the characters and story uplift it to make the entry a worthy addition to the Yakuza franchise.