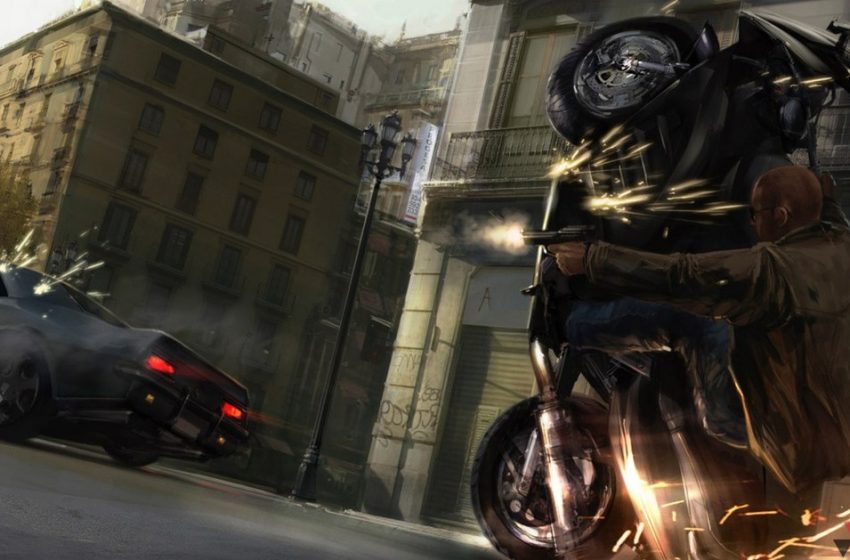 Way back in 1997, a little known company released a game on the world called Grand Theft Auto. This simple, top-down, crime simulator (if you’re willing to listen to certain sections of the media) was a fun little way to spend your time, but I dare anyone to tell me that they thought it would go on to be the biggest gaming franchise in history.

As the series progressed, and along with it the technology, it grew into the behemoth, we all know and love today. It’s one of only two games never to have a bad release, the other one being Red Dead Redemption, and along the way, it’s given us some of the most colorful characters that gaming has ever seen. From silent protagonists to NPC’s, from the triple roles of GTA V to crooked cops and fully blown gangs, life in whichever city you choose as your playground is never dull.

With all this in mind, today it’s time to take a look at The 10 Best GTA Characters.

He never said a word and was blockier than a Lego playset, but Claude is more than deserving of a place on this list, even if it is the only tenth. Claude was the character that changed the landscape of GTA as for the first time in the series it was 3D rendered, and because of this we finally got a proper look at the person we’d be piloting through all the madness and carnage. Left for dead by his lover, Catalina, who puts a bullet in him while they pull a bank job, Claude is arrested and sentenced to 10 years. He soon escapes and set about reaping a terrible vengeance on all those responsible for his downfall, including his soon to be dead ex-lover.

Hands up everyone who saw the proceeding picture of Big Smoke and still want to shoot him in the face? Yeah, thought so. A member of the Grove Street Families and one of Carl “CJ” Johnson’s oldest friends it isn’t until you get towards the end of San Andreas that you realize that Big Smoke has turned on his brother and sided with C.R.A.S.H and the Ballas. It’s such a twist that it almost feels as if you’re the one that’s been betrayed as you’ve grown very attached to all the characters in this game, but that doesn’t mean that when the time comes, you won’t put Big Smoke down like a sick dog.

If I was compiling a list called The 10 Most Satisfying Moments In GTA History then the death of a corrupt cop, Frank Tenpenny, would be happily sitting at number one. Brilliantly voiced by the legend that is Samuel L. Jackson, Tenpenny is everything you want from a GTA villain. Rotten to the core and so stedfastly sure that he is untouchable, when he finally gets his comeuppance it’s one of the greatest moments in gaming.

I think that GTA IV is a seriously underrated entry into the franchise and doesn’t get anywhere near the love it deserves. It was criticized for trying to play it straight, but it should be applauded for that and besides when you have to jump a motorbike into a helicopter then just how serious does it take itself? At the heart of this masterpiece is the main man, Niko Bellic. A mobster who is just trying to get out of life before he is inadvertently pulled back in by his cousin Roman. This helps to make your final decision on who to save pretty simple, after all, with Roman gone there’s no more need to go bowling.

Where nearly all of the protagonists in GTA are trying to get out of the life, Carl “CJ” Johnson is only more than happy to go straight back to his gang banging ways, and if that’s all there was to him, then he wouldn’t make this list. Fortunately, the good people at Rockstar know how to write an excellent story, and CJ’s one sees him grow, both mentally and at times physically, into one of the best leading men in their history.

If Big Smoke’s betrayal of CJ was heart-breaking, then Lance Vance’s betrayal of Tommy Vercetti was an immense kick in the ka-diddle hopper. Tommy’s right-hand man turns him into his old boss for cash and all because Tommy sees the Vercetti Empire as his and his alone. He’s got the point as well, as you spend all your time building it up and Lance is only around when you need to move the story on. I never once saw him driving a cab, did you?

Franklin Clinton wants nothing to do with the low-level criminal activity that his best friend, Lamar Davis, seems intent on continually dragging him into. So when a chance encounter during a repossession puts him in touch with Michael De Santa, he sees a chance to make some big money and get out of the hood once and for all. Franklin is a great character and is, usually, the voice of reason amongst all the madness going on. Plus his relationship with Trevor is gut bustlingly funny.

Michael De Santa was a master criminal who was best friends with a psychopath and faked his death to get out of life. He’s also a guy who’s going through the midlife crisis to end all midlife crisis. His wife hates him, his son hates him, hell, even his daughter, the apple of his eye, can’t really stand him so when he hooks up with Franklin and is forced back into his nefarious ways, he seems to embrace it with the kind of gusto you’d expect from a starving man who’s just been given a plate of burgers.

To say that Trevor Philips is a whack-job is an understatement. When we first meet him, he stamps on Johnny Klebitz head until it’s nothing more than a pile of mush after Johnny has the nerve to take offense to Trevor banging his girlfriend. This is just the start of the insanity that follows Trevor wherever he goes, and even though he’s not supposed to be likable in any way, shape, or form, he’s played so expertly by Steven Ogg that you can’t help yourself becoming attached to him.

No matter how I might praise GTA V and GTA Online to the moon and back as one of the greatest games ever released, GTA Vice City is still my jam. It’s a game that I keep going back to again and again and that is in no small part down to the character of Tommy Vercetti. It’s the closest I’ll ever get to being Ray Liotta without consuming his soul and wearing his skin as some strange kind of flesh coat, and I’ll never get tired of blasting through the city with Motley Crue blaring out of my car stereo as I hunt down another victim to help expand my criminal empire.