Where to get the Coward’s Cloak in Temtem 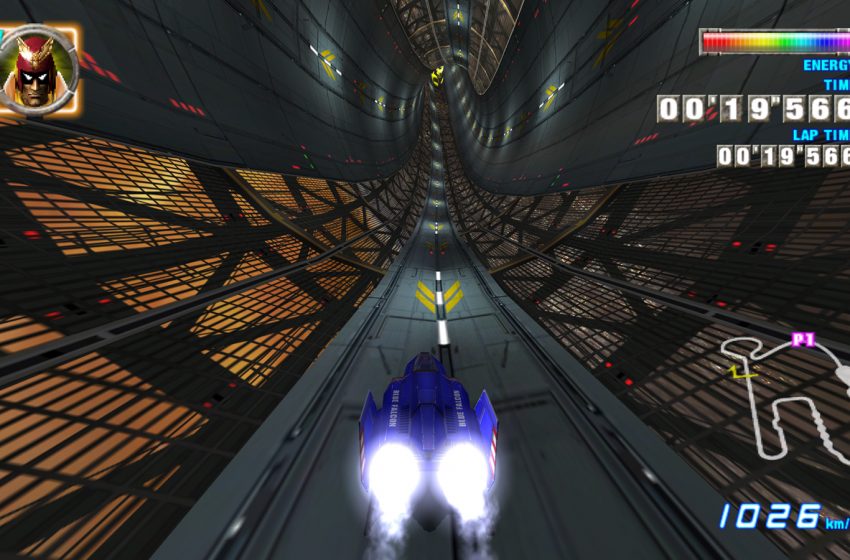 There are many ways a game can be enjoyed. Someone can stream a game with a live audience, esports is becoming an acceptable sports competition, and an unforgettable category that has a vast following called speedrunning. This type of playthrough is something that takes a lot of thinking, luck, and memory to beat the game as fast as possible.

Gamers have done this for different occasions while streaming at home or at events that feature speedruns to raise money for great causes. The speedruns featured on this list will have some current world records but also previous that offer enjoyable commentary and interactions between the speedrunner and those around them.

Ready to attempt to break the following records? Here are 10 of the best speedruns of all time.

This was right after a 58:55!! This run is actually fucking nuts, just lost some time to dumb shit at the end, almost perfect for current strats, im really satisfied with this time so i’ll probably stop playing 1.3 any% for a while unless someone bops me

The recent open-world Mario title somehow manages to be completed under an hour by Tyron18. His method of speedrunning Super Mario Odyssey involves using the 1.3 update, which fastens the load times to save more time.

Doing a speedrun takes a lot of time and dedication, and Tyron18 played over 3000 hours of Odyssey to study the game and figure out what is best to beat the previous record. Might as well try to attempt it if someone dedicated lots of hours to the game.

Runner introduction starts at 00:08 Run starts at 03:14 Couch commentary is provided by Sgrunt, Mellana and Quo The_Kov is host. This speedrun was recorded live at Summer Games Done Quick 2019, a weeklong charity speedrun marathon raising money for Doctors Without Borders.

KirbyMastah, well-known speedrunner, attempted a run of Conquest. He currently holds the world record, but this entry is not it. So why feature this one? He explains his thought process of how he uses female Corrin and pairs her up with Jakob, who has a personal skill that assists her with more avoidance and takes less damage.

And he could have skipped it, but the co-commentators hilariously acted the S-Support confession, and it got the audience applauding for Corrin and Jakob marrying.

Live run of Super Meat Boy for AGDQ. Watch for the Skype call at around 50:00 from Team Meat and hear what they have to say about the stituation! From SDA’s Awesome Games Done Quick (AGDQ 2013) a charity speed run marathon which aimed to raise money for the Prevent Cancer Foundation.

Super Meat Boy is one of the most frustrating but fun games you can ever play. So how does speedrunning fare for gamers? Breakdown answers that with his run. There are a ton of explanations on Breakdown’s strategies, and the developers of the game were there to watch as well.

This run also had ironic timings with the donations read out on the stream. Probably unintentional, but it helps make the speedrun memorable.

This speedrun of Kingdom Hearts II Final Mix is a compelling case. The best way to make a speedrun exciting and fun is the insightful commentary and atmosphere. Bl00dyBizkitz is the perfect person to do a speedrun for Kingdom Hearts, and his analysis and chemistry with the others are enjoyable to watch.

Plus, there was singing involved, which makes the speedrun more of a musical than a gaming event. But that makes it memorable and all in good fun.

This is a speedrun of Mike Tyson’s Punch-Out!! by sinister1, zallard1 from Awesome Games Done Quick 2016. The run starts at 29:03. AGDQ2016 raised over $1,200,000 for Prevent Cancer Foundation, and is just one of the many charity marathons from Games Done Quick.

Punch-Out!! has a reputation for being a challenging game back in the early days, but play while blindfolded? It sounds like a disaster that managed to save itself with fantastic players such as sinister1 and zallard1. What helps them in the game are the sound cues, which determine when to attack the bosses.

Even if the game seems complicated from the start, these two players manage to make something impossible possible.

Please leave a ‘Like’ to show us which runs you enjoy most. Run starts at 06:54. Game #88 at the event, played by CGN (http://www.youtube.com/user/CrazyGameNerd) (http://www.twitch.tv/CGN0/) Couch commentators: Naegleria, Yoshifan, and Darkeye Released in August 2003, F-Zero GX is the fourth released installment in the F-Zero series and the successor to F-Zero X.

GCN’s run on F-Zero GX might seem like a normal speedrun, but once the difficulty was set to very hard, that’s when things get serious. The game’s story mode is easily one of the most challenging campaigns for racing games in general. For him to take this on without breaking a sweat says a lot.

The game’s RNG can be unforgiving when against computer players, but GCN studied their patterns and managed to succeed.

Thanks to Game Freak allowing players to skip cutscenes in Pokémon Sword and Shield, speedruns have been rampant in the Pokémon community. It took PokeGuy less than five hours to complete the primary campaign, and that is mostly thanks to having access to evolved Pokémon early in the game.

With an Arcanine, Excadrill, and Eternatus, he cared less for the Pokédex but more for the joys of getting the world record of playing through Pokémon Shield. Although ringo777, has broken the record, PokeGuy has an opportunity to break that record in the future.

Any% is a bit of an interesting category. It differs from All Bosses in two ways: -The Devil fight gets skipped as accepting his offer brings you to the credits without fighting him. -Menu Glitch is allowed.

Cuphead is an incredible indie game with tons of frustrations players can experience with its difficulty. SBDWolf somehow manages to beat the game in nearly 21 minutes and make people’s jaws drop.

In the speedrun, SBDWolf uses the menu glitch where Cuphead gets hit during his parry animation, and the game is paused while taking damage. It saves him a lot of time without having to deal with the results screen and continue onward to the next boss fights.

Ocarina of Time Any% speedrun in 16:58 by Torje [Former World Record]

The Legend of Zelda: Ocarina of Time, completed in under 17 minutes for the first time ever. This is by far the greatest speedrun I have ever performed, and the biggest achievement in my speedrunning career so far. If nothing new is found, this may be the very last minute milestone Ocarina of Time Any% will see.

Torje is just unstoppable for Ocarina of Time speedruns. He had a previous record at 17:09, but then on July 12th this year; he broke his record again by 11 seconds. He uses the game’s glitches to skip through everything and make his way into the final fight with Ganon.

He has mentioned in his video’s description that he wants to try to get to 16:55, and it might just happen soon. After watching the speedrun, who doesn’t want to beat Ganon with a giant stick?

Runner introduction starts at 02:34 Run starts at 03:35 Couch commentary is provided by StingerPA and Vulajin SporadicErratic and Prolix are the hosts. This speedrun was recorded live at Summer Games Done Quick 2019, a weeklong charity speedrun marathon raising money for Doctors Without Borders.

For a long speedrun, puwexil’s Chrono Trigger run is one that is for the history books. It takes grace and concentration to beat a game, let alone speedrun it, in great success. Puwexil knows when to talk, when not to speak, and share information on his speedrun while providing exciting and intense gameplay.

The run itself earned nearly one million dollars worth of donations. That alone is insane for an event like the Summer Games Done Quick. Speedrunning has become a popular form of competitive gaming and with people cheering in person or on Twitch chat. This is how gaming can do good for the world by supporting charities that hope to make tomorrow a better day.

Netflix’s The Witcher wins over 76 million households since its