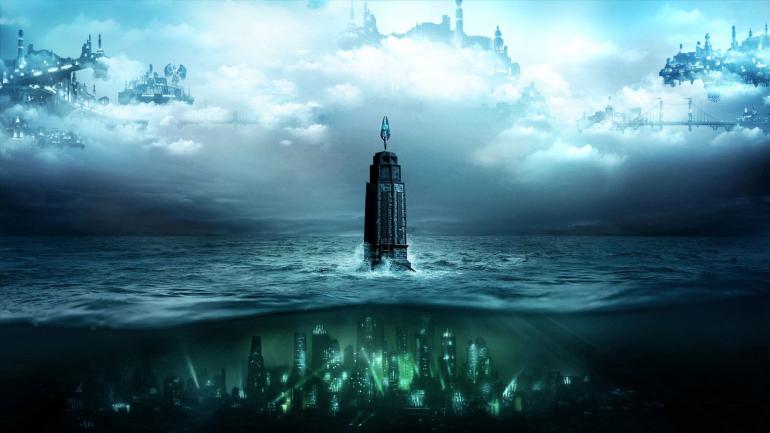 Sometimes a quote in any media will stick with you. It could be something profound that has a strong effect on you, or a catchy line to repeat in occasionally in regular conversations. There are plenty of classic novels that are filled with beautiful words that paint a picture in the reader’s heads. Good dialogue in the film is often supported by sharp writing and powerful performances from actors.

With that said, good dialogue can be harder to come by in video games because, more often or not, people will remember the gameplay rather than what is being said in a game. Don’t get the wrong impression; there are plenty of video games with great stories and amazing pieces of dialogue. Look no further than modern open-world games like Witcher 3 to get your daily dose of snappy quotes.

But in the end, what people are going to remember from a game is, well, the gameplay. Nonetheless, the dialogue has been the unsung hero of video games for a long time, even before video games began having complex narratives. Even before when games like Final Fantasy VII and Metal Gear Solid showed the world that games can have engaging stories, there has always been memorable dialogue in video games.

Where would the world be without icon lines like “It’s dangerous to go alone,” or “Are you a boy or a girl”? They are simple pieces of dialogue that don’t add much yet still have a significant impact on the gaming culture.

So it is time to celebrate these unsung heroes by listing the most memorable quotes in video games.

“It’s dangerous to go alone, take this!” – The Legend of Zelda

This line above birthed a franchise. The original Legend of Zelda begins in the middle of nowhere, with no context. In the nearest cave, there is an older man, who says the beautiful piece of writing above and gives you a sword. The quote isn’t extraordinary as it is, yet at the same time, it means everything. It’s the beginning of what will end up becoming one of the biggest video game franchises in the world. Many gamers recognize the quote above, and it has endured to this day.

“Get Over Here!” and “Hadouken” – Mortal Kombat and Street Fighter

If you were around during the golden age of arcades, then these two phrases should be music to your ears. When arcades were the hottest thing ever, two fighting games stood on top as king of the arcades. Those two games were Mortal Kombat and Street Fighter II. Kids would line up to have a chance to play these games. Each game had its mascot character say a catchphrase when they make their signature move. Mortal Kombat’s Scorpion will yell out “Get Over Here” every time he shoots his spear, whereas Street Fighter’s Ryu will scream “Hadouken” every time he shoots his iconic energy ball. These are the quotes from the age of arcades and are deservedly some of the best quotes in all of the video games.

“What is a man? A miserable little pile of secrets.” – Castlevania: Symphony of the Night

This seemingly awkward piece of dialogue above comes from Castlevania: Symphony of the Night, but fun fact, this quote originates from the works of a classical French novelist. Clyde Mandelin on Legends of Localization discovered that the piece of dialogue above is a direct quotation from the works of André Malraux. The localization team probably wanted to add some elegance to the conversation, yet did not realize that the context of the dialogue makes it more clumsy than anything. Add in some pretty awful voice acting, and the whole thing comes off as sloppy. In spite of that, though, it’s own awkwardness that makes the quote so memorable.

“Thank you Mario! But our Princess is in another castle!” – Super Mario Bros.

This quote is one of the most famous in gaming and not necessarily for the right reasons. Imagine this scenario; you are Mario, who just defeated Bowser. You continue walking right and expect to see a beautiful Princess waiting for you. Instead, you are greeted by an ugly Toad, who looks more like a phallic metaphor than an actual toad. They tell you their Princess is in another tower, and you want to strangle that little piece of fungus. Now you’ll have to do that whole thing again. And after you beat Bowser still, you get the same thing. And the same thing happens again, and again, and again.

Speaking of useless things you want to strangle, there is Navi from Legend of Zelda: Ocarina of Time. Navi is a little blue ball of annoyance with wings; she is supposed to be an angelic fairy. However, there isn’t any innocent about her, as all she does is say, “Hey! Listen!” regularly to remind you how to play the game because she thinks players are complete idiots. Every time you hear her pleas, you want to swat her away like a fly. Navi is more like a fly than a fairy. Fairies in the Zelda universe can heal you from death; Navi never does that for you ever. Also, flies are very vital to our ecosystem, meaning Navi is more useless than a fly.

The quote is a pretty simple question that the Pokémon series asks the player at the beginning of every game since Crystal. The quote serves more of a mechanical purpose rather than a real piece of dialogue. It is through this question that the player can determine the gender of the trainer they will be playing in the game. The quote, strangely enough, has become part of the gaming culture, possibly due to how blasé it is presented within the context of the games. Oddly, every professor in the mainline games will ask you about your gender in such a direct manner. It is hard to determine it is progressive or not since the games aren’t presuming any one person’s gender. Though at the same time, it is almost comically upfront with its way of approaching the subject manner.

“You’ve met with a terrible fate, haven’t you?” – The Legend of Zelda: Majora’s Mask

Majora’s Mask is one of the most atmospheric games in the entire Zelda franchise, and the Happy Mask Salesman is one of the key reasons for it. The Salesman is one of the more deeply upsetting characters in the Legend of Zelda series, and he is in the same game with the Skull Kid. His creepy smile and unusual stance are very off-putting, and he has a pretty scary laugh. The first thing he says to Link when he enters Terminus is the above quote, which is very foreboding. The line is repeated if the player doesn’t travel back in time before the end of the third day. The quote is full of symbolism and can be interpreted in a variety of different ways. Majora’s Mask is often theorized to be about death, and the Salesman is a metaphor for the grim reaper, ready to take souls away to the afterlife. Whatever it means, the quote has remained trapped in gamers’ minds in the years since the game’s release.

“Even after everything you’ve done, I would have saved you.” – Batman: Arkham City

Batman: Arkham City is one of the best superhero games out there. It centers on the relationship between Batman and the Joker, culminating in the game’s ending. Joker needs a cure that Batman holds, or he’ll perish from disease. When Batman seems hesitant to hand the cure over to the Joker, the Joker attacks Batman, forcing the latter to drop the cure.

The cure shatters once it hits the floor, dooming the Joker. As Joker succumbs to his disease, Batman sends his foe off with one little revelation. Despite everything, Batman would have given him the cure. The Joker than laughs at what he perceives as Batman’s joke, recognizing the irony of his demise; if the Joker didn’t attack Batman in the end, and made him drop the cure, he would have been spared. The Joker then dies, and his body is carried away by Batman, the only way their relationship could end.

All of GLaDOS Quotes – Portal & Portal 2

Probably a cheat, but who cares, GLaDOS has some of the funniest quotes in all of the video games. GLaDOS is artificial intelligence and the main antagonist in the first Portal game. Condescending and mean spirited, GLaDOS talks like a typical virtual assistant akin to Siri. However, she says things in a very polite way, always mocking the player’s intelligence and appearance. She acts like the protagonist’s superior and does everything in its power to demean them. Almost every one of GLaDOS quotes is laugh-out-loud funny; her arrogant personality contrasts with her toneless delivery. She makes the Portal games worth playing over and over again, to hear her great voice-work.

“Would You Kindly?” – BioShock

The original BioShock was a legitimate game-changer when it first came out. The first BioShock took place in an underwater city called Rapture. The game triumphs through its use of atmosphere, solid gameplay, and witty dialogue. There are plenty of quotes in this game that are worthy of being on this list. However, for our money, the infamous “Would you kindly” revelation is our personal favorite from the game.

It is revealed in the half-way point of the game that the main character you’ve been controlling this whole time has been under mind control since the beginning of the game. It turns out that the character Atlas, who was helping you through the radio, has been using the phrase “Would you kindly” to force the player avatar to do what they wanted. In turns out that the protagonist was programmed to follow any command if that phrase precedes it.

It was a twist hidden in plain sight, and we, the players, weren’t aware of it. By nature, we are a slave to what video games want us to do. Video games only have the illusion of free will, like every path we take in a game is already determined by a series of numbers and probability. As we played BioShock, we thought we are doing things we had no other choice. The only way we can progress through the game is to follow Atlas’ instruction. But in reality, we were tricked into believing we had free will, and everything was a manipulation. It is one of the biggest shocks in video games, and it rightfully deserves to be one of the best quotes in video games.