Tony Hawk’s Pro Skater 1+2 is a complete remake of the fan-favorite skating series’ first two games. The game features every single level (including secret levels) that appeared in the original games. Each one has the exact same layout and foundation, so they feel just like they did back in the day. Here are the levels we cannot wait to get back to shredding in in Tony Hawk’s Pro Skater 1+2.

The very first Tony Hawk level is also one of the best. The iconic Warehouse features a little bit of everything to be the perfect introduction for newcomers. You can fly through a glass box sitting above a halfpipe, practice your grinding on plenty of rails, and more. Warehouse is the perfect level that will invoke a lot of nostalgia for series veterans and serve as a perfect training area for the players new to the games.

Downtown was the first level to have traffic in it. A man driving a taxi around the area can you run you down, but you are able to pull off some moves off the moving vehicle. Away from the car, there are plenty of ramps spread throughout the city. A park has a fountain you can ramp off of and you can even make your way to the roofs of the buildings for more open areas to pull off tricks in a pool.

School II is based on popular California skate spots all merged into a school setting. This level has multiple layers and levels to it with someone driving a golf cart around. Once the remake comes out, it will be interesting to see what new features they can add to this gigantic playground.

Philadelphia is a level dedicated to two real-life skate parks located in Philadelphia. Notable features include the fountain that can drained, the multiple awnings that can be grinded on, and the actual skate park portions themselves.

Skate Heaven is set in outer space and features floating islands of various skating areas. Of the various areas and features in this level include a volcano, Tony Hawk’s house, Carlsbad Staircase, and more. Being set in space, the new remake could have a lot of new fun things added to it. Stuff that Vicarious Visions could go crazy with.

As you would guess from the title, this level takes place in sunny California. While here, you will notice the vertical play present. Fun fact, this level is based on a real-life skate park torn down just months before Tony Hawk’s Pro Skater 2 released.

Mall is the Tony Hawk’s series first downhill level and perfectly displays the original concept of it being a racing game. Reaching the bottom of the track automatically ended the track no matter how much time was left in the original, but we have many fond memories of using this track as a racetrack to change things up now and then.

Burnside is a smaller level that runs for a minute. There isn’t much to point out here. You are in a small skatepark nestled in an underpass. It’s perfect for pulling off consecutive tricks, but there is no room for exploration. Simply perfect your moves and see how big of a score you can get in a small amount of time.

New York City is one of the better city levels in all of Tony Hawk’s Pro Skater. The taxi driver from Downtown returns and brings some friends to run you down. The subway’s rails can be grinded on, and the secret area is huge compared to the rest of the track.

The opening level for Tony Hawk’s Pro Skater 2, Hangar features more of a little bit of everything to see like Warehouse. Again, it plays perfectly to teach newbies how to handle and play the game, but also being a fun playground for those just looking for an open, easy skating experience. There are also two secret unlockable areas to expand on the dimensions just a bit, and you can make a helicopter fly. 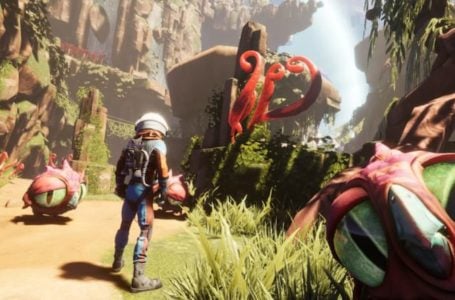